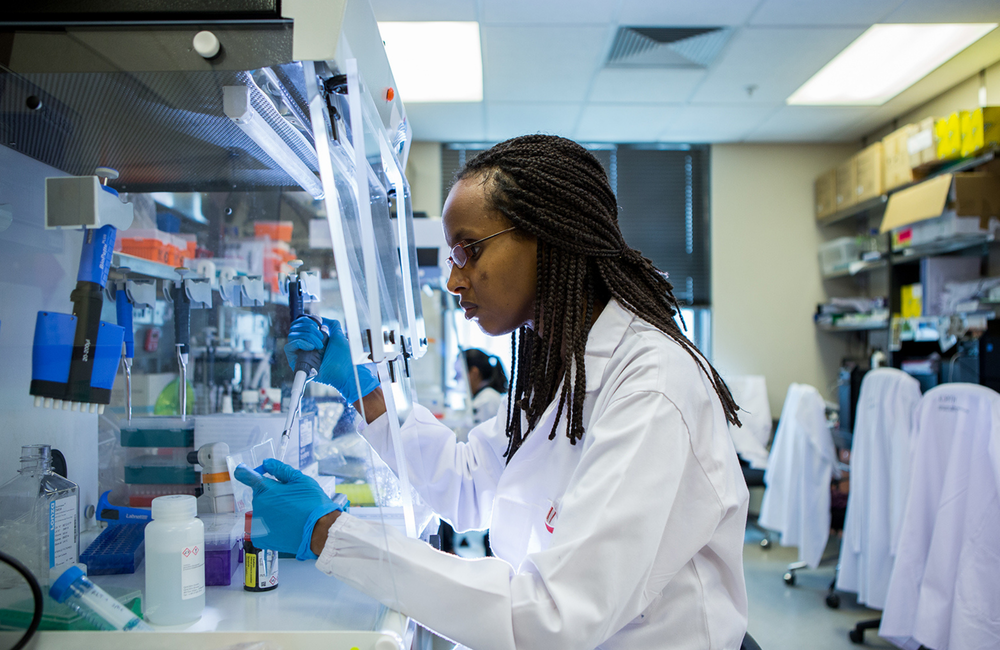 Earlier this year, scientists discovered that the Alpha variant of SARS-CoV-2 had a unique feature. Tracing its evolution showed a cluster of mutations that seemed to form at a single point in time rather than accumulating more gradually as with other variants. As a result of this distinction, researchers hypothesised that the Alpha variant evolved inside a single person with a weakened immune system. People with compromised immune systems can have much longer COVID-19 infections, giving the virus time to stack up mutations.

The latest variant of concern, Omicron, also shows a collection of mutations that suddenly appeared. Scientists believe this variant evolved from a version of SARS-CoV-2 (the virus that causes COVID-19) that already existed 2020. However, scientists didn’t see any traces of it until it resurfaced in South Africa. It was as if that strain had found a place to hide and evolve in secret. The extended gap in its evolutionary history coupled with a long string of mutations hint that Omicron could – like Alpha – have originated in an individual with a compromised immune system.

In response to research that’s come out this year, a sample of news headlines include “Why uncontrolled HIV may be behind the emergence of Omicron”, “Did failure to adequately treat HIV patients give rise to the Omicron variant?” and “South Africa could become COVID ‘mutation factory’ because of large HIV-infected population, scientists say”.

To be clear, people with HIV are not COVID mutation factories, but there is a plausible evolutionary path for variants that involves a small number of people with compromised immune systems. To clarify what we know (and what we don’t), aidsmap.com spoke with Dr Alex Sigal of the African Health Research Institute, an HIV virologist studying SARS-CoV-2 mutations.

To start with, what he and other scientists have found is that SARS-CoV-2 mutations can arise in a few people with advanced or untreated HIV, not people with HIV who are successfully suppressing HIV with antiretroviral treatment. Though his numbers are approximate, he estimates that the vast majority (90%) of people with advanced HIV who experience lengthy COVID infections do not produce mutations.

So far, there are three published cases of people with HIV who had long-lasting COVID-19 infections that resulted in SARS-CoV-2 mutations.

Sigal and his colleagues studied a women in her late thirties from South Africa who tested positive for SARS-CoV-2 at the same time she was experiencing HIV treatment failure (initial CD4 count was 6 and viral load was over 34,000). Though her COVID infection was largely asymptomatic, she continued to test positive for SARS-CoV-2 for about 6 months, over which time multiple mutations occurred.

Another team evaluated a 61-year-old woman in California who was not on HIV treatment when she tested positive for SARS-CoV-2 (initial CD4 count was 13 and viral load was over 260,000). Her 51-day COVID infection was also largely asymptomatic, and also resulted in multiple SARS-CoV-2 mutations.

A third team reported on a 66-year-old African male who was diagnosed with HIV at the same time he tested positive for SARS-CoV-2 (initial CD4 count was 0 and viral load 275,000). The man tested positive for SARS-CoV-2 for a period of about 4 months. During that time, a single mutation appeared but later disappeared. The authors of this paper concluded that the complete shut-down of his immune system explains the lack of mutations.

What’s occurring in these case studies is analogous to how HIV mutations and treatment resistance develop when people with HIV maintain insufficient levels of antiretroviral drugs over a period of time. “You don't evolve [resistance] when there's no drug,” said Sigal, because in that situation HIV flourishes with no selection pressure to drive mutation. “You don't evolve when there is full drug,” he added, because HIV can’t evolve when it’s fully suppressed with an effective combination of drugs. The problem comes when you have low drug levels over a period of time, which gives HIV the chance to develop mutations that can end up winning against the drug.

“So basically, any virus with a mutation that can escape these antibodies will have the advantage,” Sigal said. Many mutations, called synonymous mutations, don’t change a protein’s biological behavior. Mutations that occur on the spike protein are important because that protein unlocks the biochemical doorway into our cells, and because people with the current vaccines have immune systems trained to recognise it.

"SARS-CoV-2 mutations can arise in a few people with advanced or untreated HIV, not people with HIV who are successfully suppressing HIV with antiretroviral treatment."

In the case of the spike protein that arose in the woman from South Africa, Sigal and his team found that it did acquire mutations associated with some antibody resistance. While this may impart an advantage, that doesn’t necessarily translate to reduced vaccine effectiveness in the real world. The results also don’t speak to whether this particular collection of mutations would have been competitive enough to spread widely. Based on research of other viruses, some scientists say that variants that evolve in people with compromised immune systems face hurdles to infecting others.

“But what we see is, viruses that do evolve in this way are very similar in many respects to Omicron or other variants,” said Sigal. In other words, the spike protein evolved mutations that appeared in other variants, including Omicron. Because this spike shares some mutations with Omicron, it supports the notion that this variant might have evolved in this manner. It’s still possible that Omicron took a completely different route. Omicron’s evolutionary gap could also be explained if its ancestral form spilled into other species, evolved undetected in animals for a time, and then spilled back into humans. Another theory says Omicron could have evolved separately in an isolated rural setting, although some think this less likely because it’s not typical for earlier versions to drop ‘off the grid’ when a variant is evolving to become highly transmissible.

Regardless of Omicron’s evolutionary path, another important distinction is that this mutation effect is not limited to people with advanced HIV. “This has nothing to do directly with HIV,” Sigal said. What’s causing these mutations is the immunosuppression that also occurs in HIV-negative people with immune systems compromised for other reasons. Studies have demonstrated similar SARS-CoV-2 mutations in people on immunosuppressing drugs because of organ transplants, people being treated for cancer, and people with other illnesses that either weaken the immune system or require they take medicines that do so.

“If we look at Omicron, right, we don't know how it evolved,” Sigal said. There’s no evidence that it originated in an immunocompromised individual and there may never be. But if this is how some variants evolve, then he says it provides a good argument to do more to help people living with HIV gain access to antiretroviral therapies that they need anyway. That’s especially true in countries like South Africa, where many people who live with HIV face structural barriers to treatment.