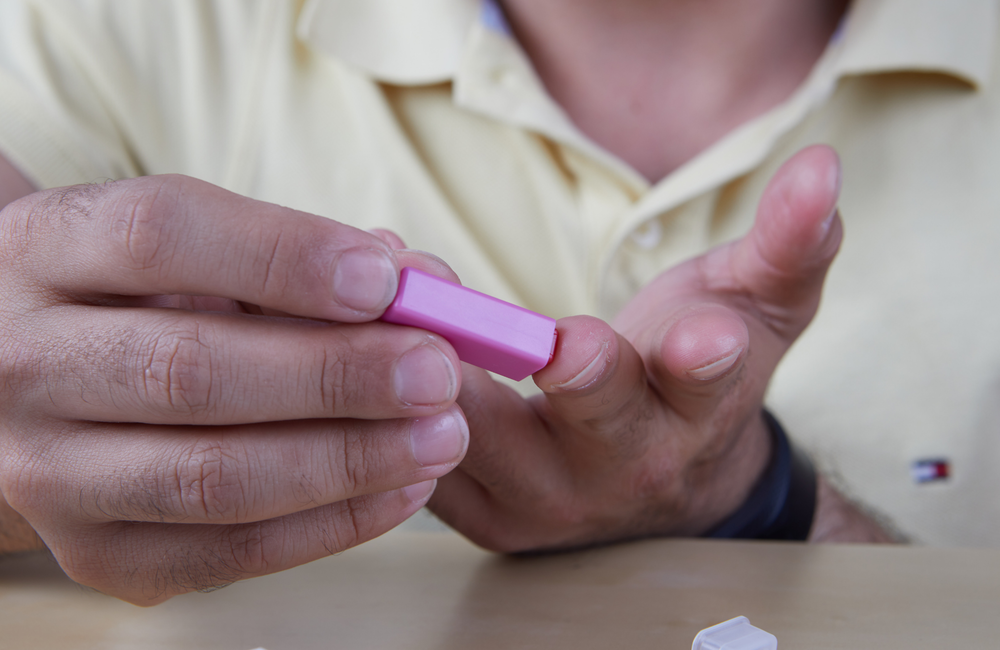 The research team, which was led by Dr Matthew Page of University Hospitals Birmingham, believe their results could have wider implications for home sampling for blood-borne infections, including viral hepatitis.

Home sampling for HIV and other sexually transmitted infections is now a well-established part of UK sexual health services, especially in regions with high HIV incidence and prevalence. Use has increased massively during the COVID-19 pandemic.

Testing kits are usually requested over the internet. Blood and urine samples are returned by post for processing in labs.

Blood-sample collection involves a person pricking a finger with a supplied sterile lancet. Blood is collected in a mini tube, or alternatively onto a filter paper, where the blood sample is absorbed and provides a dried blood spot.

About 500μl of blood is needed for labs to have a good chance of testing samples for both HIV and syphilis. But less than half this quantity is needed for the laboratory analysis of dried blood spots.

Dr Page and his colleagues had previously shown that dried blood spot testing for HIV had much better processing and analysis rates compared to mini tubes. But their research was restricted to HIV testing and only included 550 people.

They therefore designed a much larger study that compared the performance of home sampling using mini tubes and dried blood spots for both HIV and syphilis testing.

The study population included 5670 individuals in the Midlands region of England who requested a home sampling kit for HIV and STIs between September 2016 and early January 2019. For the first year of the study, blood samples were obtained using mini tubes, then the method of collection switched to dried blood spots. In the laboratory, samples were tested for HIV using a fourth generation antigen/antibody test and for syphilis using an antibody test.

The researchers compared the performance of mini tubes and dried blood spots in terms of return rate, successful processing of results and proportion of false positives.

There were no major differences in the characteristics of the two groups: 68% were female, 74% White British, 88% heterosexual and the average age was 26 years.

The main reason for unsuccessful processing was that blood samples weren’t of sufficient quantity for testing. This was much more of a problem with mini tubes compared to dried blood spots (32% vs 2%) and often led to technicians testing for HIV alone rather than both infections.

"The main reason for unsuccessful processing of mini tube samples was that blood samples weren’t of sufficient quantity for testing."

In some instances, the blood obtained had degraded (haemolysis) making accurate testing impossible, and this problem was much more likely to occur with mini tubes (7%) compared to dried blood samples (0%).

Of the successfully analysed blood, 6% of mini-tube samples and 1% of dried blood spots yielded a result that was reactive for HIV. Confirmatory tests in a clinic using samples of blood drawn from a vein showed false-positive rates of 5% from mini tubes and 0.4% for dried blood spots – this difference was statistically significant (p < 0.001).

“A postal sampling service using dried blood spots to screen for HIV, syphilis and potentially other blood-borne viruses could be a viable option in a post-COVID era,” conclude Dr Page and his co-authors.