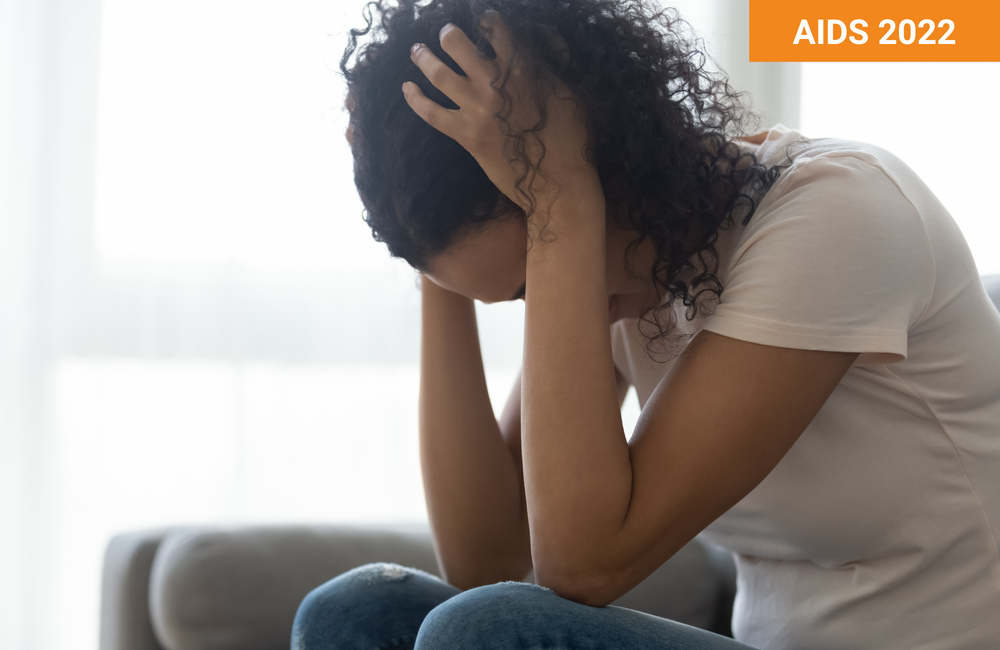 The proportion of HIV treatment clinics screening for depression, anxiety and post-traumatic stress disorder (PTSD) is 50%, 14% and 12%, respectively, in many global regions, Dr Angela Parcesepe of the University of North Carolina reported at the 24th International AIDS Conference (AIDS 2022) in Montreal last week. What’s more, both screening and medication for treatment of depression, anxiety, and PTSD are only available at 36%, 11%, and 8% of sites, respectively.

Using data from the International Epidemiology Databases to Evaluate AIDS (IeDEA) consortium, the 2020 survey captured information on HIV clinics in Asia, the Caribbean, Latin America, sub-Saharan Africa, North America and Australia, and reported the availability of screening and treatment for depression, anxiety, and PTSD.

A total of 223 HIV treatment sites from 41 countries participated in the survey. Sixty-seven per cent were in urban settings, 50% served adult and children, 38% served only adults and 12% served only children. Most sites (78%) were located in low- or middle-income countries.

Dr Parcesepe explained to AIDS 2022 that they previously carried out this survey in 2016/2017 at 68 clinics in 27 low- and middle-income countries. They compared those results with current (2020) figures from the same 68 clinics, and found that depression and PTSD screening was now available at 31% and 24% of clinics that didn’t offer them in 2016/2017. However, 15% and 12% of clinics that screened for depression and PTSD in the first survey had ceased offering those services in 2020.

She highlighted the lack of screening and treatment for mental health disorders in many rural and paediatric HIV treatment settings, especially in low-income countries. She stressed the need to identify and implement practical and sustainable services.

A limitation of the study was that the availability of services was reported by facility staff and not independently verified. She also clarified that the 2020 data were collected before COVID-19, so numbers reported do not reflect decreases in services caused by the pandemic.