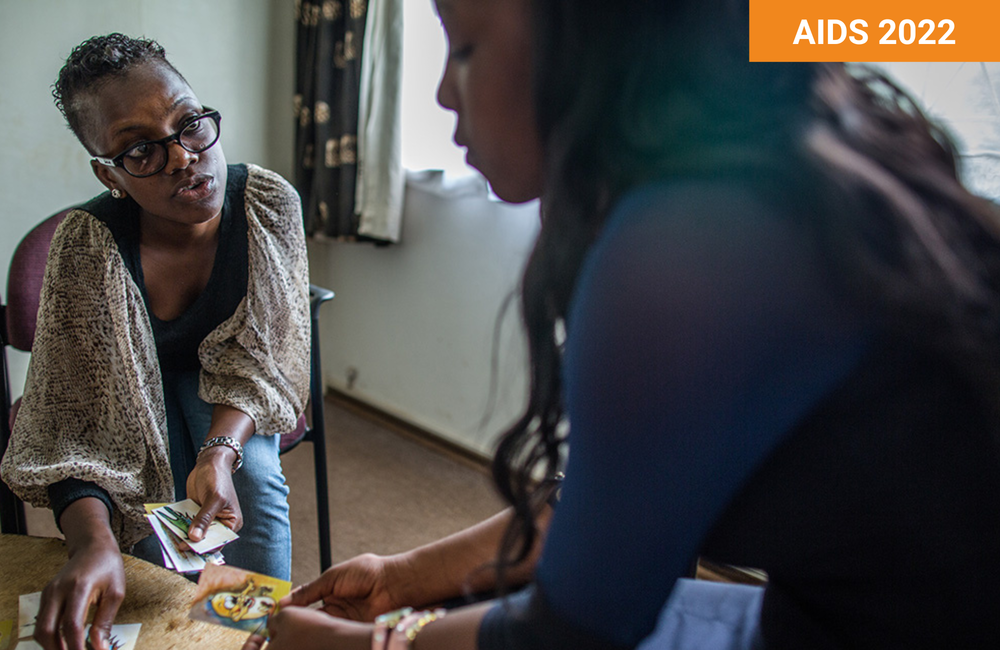 Discussing what is going on in patients’ lives, giving them a say in how they receive clinic services, returning viral load results within 72 hours and giving clinicians a WhatsApp group to discuss difficult cases significantly improved outcomes for 15-24 year olds living with HIV in rural Africa. Dr Florence Mwangwa from the Infectious Diseases Research Collaboration in Kampala presented these results from a randomised trial at the recent 24th International AIDS Society conference (AIDS 2022).

The study was developed by the team behind SEARCH, a research project in rural parts of western Kenya and southwestern Uganda. In SEARCH, 55% of young people were virally suppressed after two years, compared to 80% of people over the age of 24. This reflects the poorer treatment outcomes seen for young people living with HIV in many settings.

The package of interventions for this new study was developed in order to alleviate barriers to ongoing care identified during interviews with adolescents and young people living with HIV.

The first barrier was that major life events, such as changes at school, a new relationship and pregnancy, often affected adherence. For example, a young person may not have told her new husband that she has HIV and not want him to see her medication. Healthcare providers taking part in the intervention were told to begin clinic visits by asking about such major life events with a structured discussion known as life-stage counselling. They were prompted to take action based on the issues the young person brought up. It was hoped that the counselling would help the provider put adherence and other medical issues into context, and to build a better relationship with the patient.

The second barrier was that usual clinical settings did not always suit young people. For example, someone may not want to be seen attending the clinic during normal opening hours because of privacy concerns. At each visit young people were therefore asked about how they would like to access care next time. Additional options included a visit outside normal clinic hours, a phone appointment and receiving medication offsite.

The third barrier was that young people often only heard the results from their viral load test around a month later. Young people said that knowing their results would help motivate them to take their medication. Providers felt that having results available would allow them to promptly discuss adherence issues if necessary and to provide positive feedback when results were improving. As part of the intervention, results were therefore available within 72 hours, by phone or in person.

The researchers were also aware that many clinicians in rural areas lacked experience, confidence and colleagues’ support to manage difficult situations and cases. Those working at intervention clinics could therefore join a WhatsApp group to share, discuss and get feedback on patient care. Personal information that could identify a patient was not shared in these chat groups.

Young people aged 15-24 were included in the analysis: half were aged under 21, four-fifths were female and just over half had at least one child. While most participants were already engaged in HIV care, a third only engaged with care at enrolment or in the past six months, and there were 4% who joined the study when they re-engaged with care (their most recent clinic visit was more than six months ago). At the beginning of the study, 75% of participants were virally suppressed (below 400 copies/ml).

Implementation of the package of interventions was generally good. Most patients (85%) received life-stage counselling at least four times during the two years of follow-up. Half of all viral load results were delivered in less than 38 hours and – except at one clinic – over 80% of results arrived with the 72 hour target. However, the majority of clinic visits continued to be delivered in the usual way, and the clinics varied in terms of how often the alternatives were provided. The WhatsApp groups were used to discuss 128 different patients, on topics such as whether to order a resistance test, disclosure of HIV status to a school administrator and how to accommodate the school schedule with clinic visits.

After two years, virological suppression improved from 73% to 88% of young people attending the intervention clinics. While there was also improvement at the control clinics, this was from 75% to 80%. The difference between study arms was statistically significant.

Results were markedly improved in female and younger patients. The greatest impact of the interventions was seen in the small number of participants who were re-engaging with care. While 53% were virologically suppressed in the control clinics, 85% were in the intervention clinics.

“Added to current efforts, life-stage based assessment and support could help bring adolescents and young people with HIV closer towards the goal of universal viral suppression,” Dr Florence Mwangwa concluded.