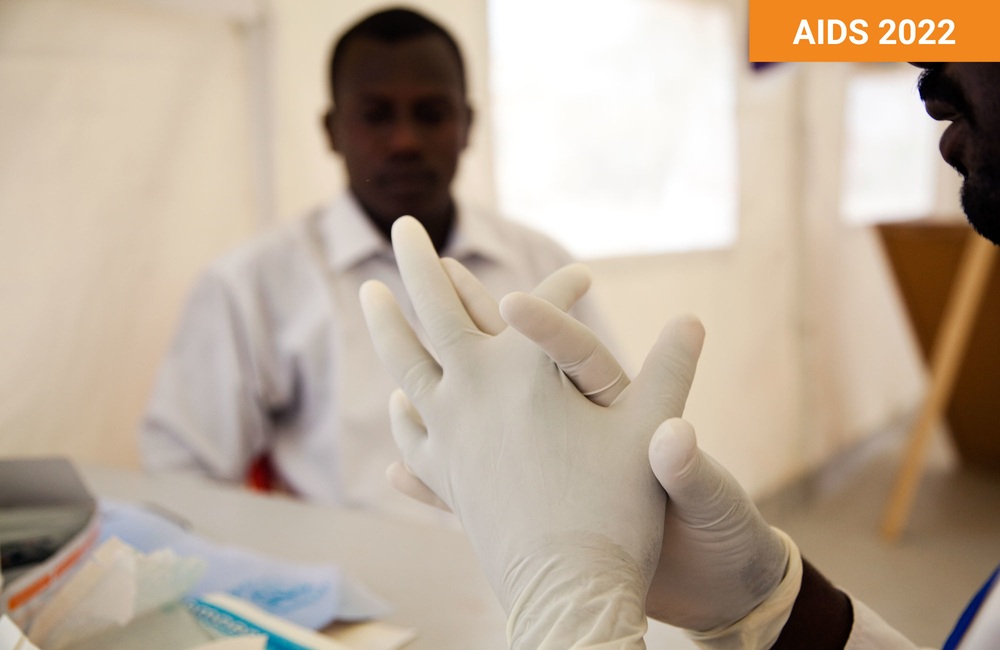 According to research presented at the 24th International AIDS Conference in Montreal, people living with HIV in Africa, especially key populations and adolescents, are experiencing stigma in healthcare settings while accessing care. What’s more, even staff living with HIV in health facilities conceal their status for fear of being stigmatised by their colleagues.

A South African qualitative study explored the manifestations of HIV-related stigma in clinical settings. Most participants were living with HIV, had a median age of 25, and included key populations (sex workers, lesbian, gay, transgender and bisexual persons). Professor Leickness Simbayi from the Human Sciences Research Council reported that the majority of the key populations and youth faced discrimination in health centres.

A 34-year-old lesbian respondent said: “In the clinics, they will be like ‘oh, a lot of LGBTQ+ people are HIV positive, why, what is going on in this community?’ So yes, stigma is there.”

Young people living with HIV particularly faced stigma when accessing sexual health services. A 17-year-old female respondent said: “You know, we cannot even collect condoms and so on. You collect condoms they be like, ‘so this one is already doing the nasty business, you see.’”

This theme had previously come up at the pre-conference session where it was reported that young people with HIV seeking care were being asked questions “like they are in an interrogation room”. The providers would ask them why they were having sex, and why they were HIV positive.

To mitigate clinical stigma, Professor Simbayi recommended peer-driven delivery approaches especially for key populations and vulnerable groups, and suggested that healthcare workers should adopt a person-centered approach, focusing on the needs of those accessing care.

But it is not only South Africa where people with HIV experience stigma in health facilities. Dr Maureen Chirwa from Prime Health Consulting presented findings from a qualitative study that investigated stigma experiences in healthcare settings in Malawi. Here, participants expressed concerns about breached confidentiality and providers distinguishing them from other clients.

One respondent said; “At health centre X, there is no privacy. When we go to the hospital, everyone knows we are there for clinic (to receive HIV treatment); we wish we had a special building for clinic.”

Another respondent said they felt stigmatised by the inferior quality of counselling offered. “The only counselling the client receives is a quick one at the health centre. They just tell you, ‘you have HIV, make sure you take the drugs and eat healthy.’”

Chirwa further explained that while participants in the study personally encountered stigma in facilities, they had difficulty sharing personal experiences and were more comfortable responding in the third person. The implication of this, she said, was that it would be challenging to confront healthcare workers or the government because “one who is feeling it cannot actually express it.”

From Kenya, Pascal Irungu from HOYMAS told AIDS 2022 that gender, identity, poverty and age were key factors that shaped HIV stigma in clinical settings in Kenya. Women and gender-diverse people living with HIV encountered more discrimination while accessing clinical care. A trans respondent said; “If you call me by my dead name, it’s demoralising to me as a trans person coming to you for services.”

Findings presented by Dr Sanny Mulubale from the University of Zambia examined the experiences of HIV stigma in clinics among healthcare workers, some of whom were living with HIV, and how it affected their access to testing, treatment, and wellbeing. The study was carried out in 110 provinces and enrolled 110 participants. They conducted interviews, held focus group discussions, observation checklists, and questionnaires.

From the results, Dr Mulubale concludes; “health facilities still remain unconducive for disclosure”. Providers living with HIV experienced stigma from co-workers and through facility structures. They described negative labelling and judgement by colleagues, a lack of privacy (other staff could get access to their files to check their status) and being pushed away to ‘go and work there.’ Because of these experiences, healthcare workers were reluctant to access care as they feared being seen at the antiretroviral therapy clinic and were ‘quietly navigating stigma’.

Unlike Malawi where respondents wanted HIV care to be in separate clinics, in Zambia, respondents called for an integration of services and didn’t want designated HIV clinics. One respondent said; “The best solution would be a fully integrated service. You start at outpatient department, just like all patients, rather than having separate services. You should be embraced by the service, not feel pushed to one side.”

To achieve the UNAIDS target that less than 10% of people living with HIV and key populations will experience stigma and discrimination by 2025, addressing stigma is healthcare settings is fundamental.

Dr Laura Nyblade from RTI International shared a total facility approach to reducing HIV stigma in health facilities, sharing lessons on how this had been implemented in Ghana. The multi-level intervention addresses a) individual health workers, with a focus on client interactions; b) the interpersonal level, focusing on relationships between health workers; and c) the institutional/health facility level. This approach targets clinical and non-clinical staff at all levels and includes training on stigma reduction led by clients living with HIV and facility staff. The full description can be found here.