Kidney transplant between people with HIV is safe, says US study 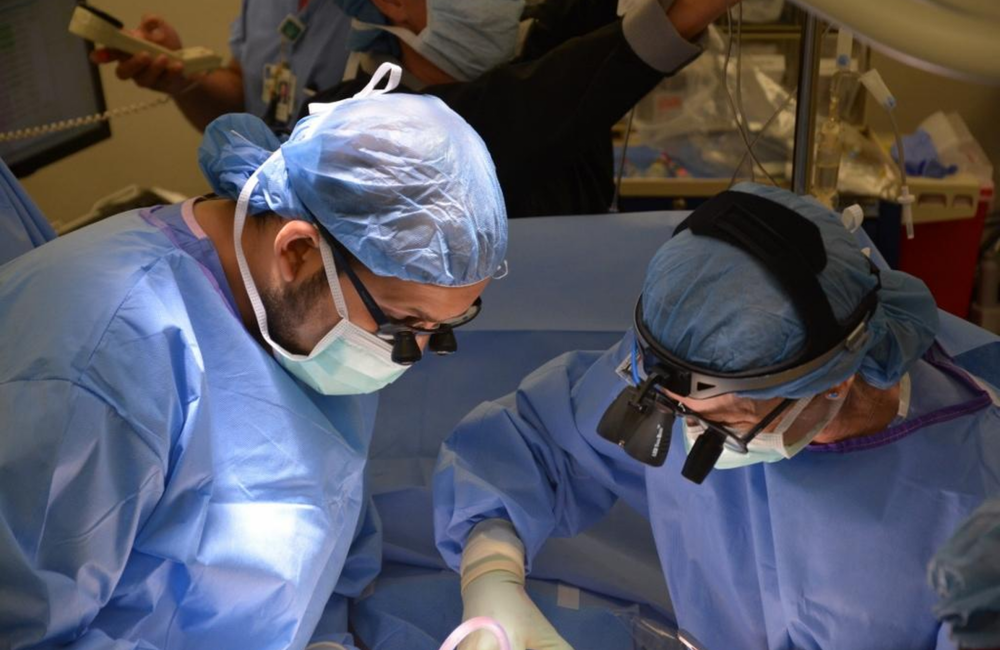 The kidneys of deceased HIV-positive donors can be safely transplanted into people living with HIV who have end-stage kidney disease, investigators report in the American Journal of Transplantation. Outcomes were every bit as good as those observed in people with HIV whose kidney donor was HIV negative.

However, there was some evidence that kidneys from HIV-positive donors were more likely to be rejected, a finding that is worth following up in further research, say the authors.

Proteins found in the blood and cerebrospinal fluid. They carry enzymes, antibodies (immunoglobulins) and other proteins.

An increasing number of people living with HIV have end-stage kidney disease and are in need of a kidney transplant. Pioneering research in South Africa showed that it was possible for the kidneys of HIV-positive donors to be successfully transplanted into HIV-positive recipients. In 2013 the United States Congress passed the HIV Organ Policy Equality (HOPE) Act, making similar transplants possible in the US within the context of research.

Dr Christine Durand and her co-investigators from the Hope in Action project wanted to get a clearer understanding of outcomes among individuals with HIV who received a kidney of an HIV-positive donor. They also wished to expand the existing research base by comparing these outcomes with those of  HIV-positive kidney transplant patients who had an HIV-negative donor.

The study involved 75 people with HIV who received a kidney from a deceased donor between 2016 and 2019. In 25 cases, the donor was another person with HIV. The research involved people who received care at 14 treatment centres across the US. Outcomes analysed in the research were overall survival, transplant failure, risk of infections and rebound in HIV viral load.

The median age of the transplant recipients was 51 years, 71% were male, 85% were African American and 23% were co-infected with hepatitis C virus. All were taking antiretrovirals and had an undetectable viral load. Average CD4 cell count was over 500 suggesting excellent immune competence. None had a current opportunistic infection, but 16% had had one in the past. All were cancer free.

The most common cause of kidney failure was high blood pressure (36%) followed by HIV-associated kidney disease (29%). As regards post-transplant induction therapy, 64% received basiliximab and 33% antithymocyte globulin.

There were 57 donors, all deceased. Fifteen were HIV positive, nine of whom were on antiretrovirals at the time of death and five had a viral load below 400. The other six HIV-positive donors (five of whom were previously undiagnosed) had a median viral load of over 183,000.  Their median age was 30 years.

Delayed graft function – acute kidney injury requiring dialysis in the first week after transplant – was more likely among the recipients of kidneys of HIV-negative donors than those receiving a kidney from an HIV-positive donor (42% vs 12%, p = 0.01). The one-year graft survival rate was excellent in both groups (91% vs 92%). There were only seven transplant failures, two of which involved kidneys from an HIV-positive donor. Causes of graft failure included thrombosis (two cases) and rejection (four cases). The risk of transplant failure was comparable between the two donor groups.

"Outcomes were every bit as good as those observed in people with HIV whose kidney donor was HIV-negative."

Rejection occurred in 44% of the HIV-positive donor group and 32% of the HIV-negative donor group. Most (81%) had a single episode of rejection. The one-year rejection rate was higher among those with an HIV-positive donor than those with an HIV-negative donor (50% vs 29%). While this difference was not statistically significant, the investigators believe the finding is worthy of further research. Type of antiretroviral therapy was not associated with the risk of rejection.

Kidney function one year after transplant was comparable between the two groups (HIV-positive vs HIV-negative donor = eGFR 63ml/min vs 57 ml/min). Also comparable were rates of serious adverse events (1.1 per person year in both groups), infections requiring hospitalisation (28% vs 26%) and opportunistic infections (16% vs 12%).

Viral load rebounded in four cases, but not because of HIV superinfection (acquisition of a second strain of HIV). Each case was due to antiretrovirals being interrupted because of insurance difficulties. In each case, viral load fell back below the limit of detection once antiretrovirals were restarted.

“In this multicentre, real-world observational pilot study, we found that HIV donor-positive/recipient-positive kidney transplantation was safe and feasible and associated with excellent short-term patient survival and graft survival,” conclude Dr Durand and her colleagues. “This unique donor source has the potential to mitigate disparities for a vulnerable population that faces lower access to transplant and higher waitlist mortality.”

Is DAA treatment for hepatitis C reducing the need for liver transplants?

The world’s first HIV-positive to HIV-positive heart transplant has been successfully performed at Montefiore Health System in the Bronx.
EurekAlert
27 Jul 22
Organ transplants

HIV+ Patients Get Good Outcomes After Kidney or Liver Transplant

Liver or kidney transplant recipients who are HIV-positive show outcomes that are similar to those without HIV at 15-years post-transplant, in new research that represents some of the longest follow-up on these patients to date.
Medscape (requires free registration)
6 Jan 22
Organ transplants

HIV-to-HIV transplantation is on the rise, and there are many donors with good organ quality and an acceptable risk profile in terms of post-transplant ART for prevention of HIV superinfection, according to a recent study.
Healio
13 Sep 21
Organ transplants