The return of syphilis in Europe 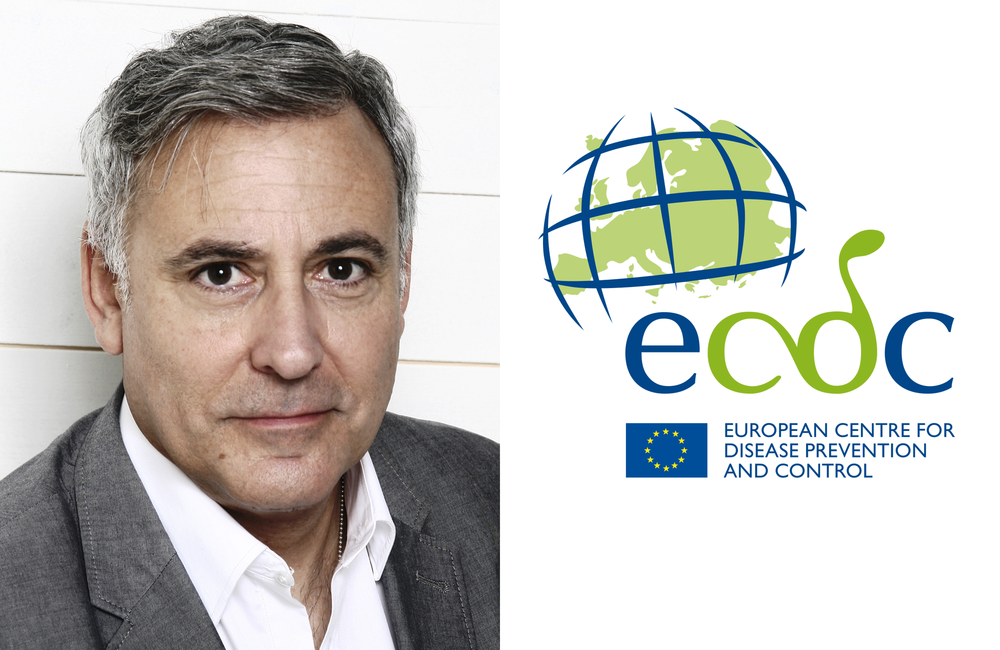 The European Centre for Disease Prevention and Control (ECDC) recently published its annual epidemiological report and a technical report, highlighting that syphilis notifications are up 70% across Europe since 2010. We spoke to Andrew Amato-Gauci, head of the HIV, sexual transmitted infections and viral hepatitis programme at ECDC, about this worrying trend and what action needs to be taken.

What are the key trends highlighted in ECDC’s recent report?

The overall trend is a steady increase in the rate of reported syphilis diagnoses across Europe since 2010. The second trend is in the ratio of male to female diagnoses rates. In 2000, syphilis diagnoses were reported at a ratio of 1.4 men to 1 woman. Based on the latest figures, that ratio is 8.5 men to 1 woman, so it’s a really substantial increase. When we looked at that more closely for Europe, also using available information on the way syphilis is transmitted, we found that the epidemic is mainly growing among men who have sex with men.

We also looked at countries outside of Europe, including the USA, Canada, Australia and Japan, and we found very similar trends of increasing syphilis notifications in all of these countries. In the US, which has very good data on syphilis, there is also an increase among women alongside a rise of congenital syphilis. We have not seen this trend in the European Union, but in the last two years we have started to see more cases among women, so it may be that we’re just lagging behind and we need to keep an eye on any such developments in Europe.

What prompted you to look at syphilis in detail for this report?

At ECDC, we work to identify, assess and then study any possible threats caused by communicable diseases. We evaluate evidence from scientific studies and projects, look at technical data, and collect our own data from European member states. We then produce scientific opinions or technical reports that may inform public health policy decisions in member states.

We have a network of nominated experts who work on sexually transmitted infections (STIs) from all the member states, and the network’s coordinating committee meets at least once a year. In 2018, the committee raised concerns about the increase in syphilis that clinicians were observing, and they asked us to look into syphilis epidemiology, assess the risk level, and to indicate options for responding to this increase.

What is the impact of syphilis on people affected?

Syphilis is a bacterial infection, but it’s quite complicated in the sense that it can result in a chronic infection with long-term health consequences. We generally talk about primary, secondary and tertiary syphilis.

Most people with primary syphilis develop a small ulcer called a chancre, ten days to three weeks after exposure. This ulcer is usually visible on a man because it’s on the penis, but on a woman, it could be inside the vagina and missed completely. However, the ulcer can appear anywhere that has had contact with the bacteria, which is transmitted in sexual fluids, so it could be in the rectum, on the tongue or in the throat.

If you miss the ulcer or don’t treat it, then the infection goes on to become what we call secondary syphilis. The bacteria start to spread throughout the body and the usual signs of secondary infection are a rash, usually starting on the palms of the hands and the soles of the feet. You may also have hair loss and flu-like symptoms. If you again don’t realise this is syphilis, the infection can develop into the more dangerous tertiary syphilis.

Tertiary syphilis can take ten years to develop. By that point, the bacteria are starting to eat away at your nervous system. It can cause serious damage to the brain and the heart and untreated it can even eventually cause death. At any stage, it is very simple to treat syphilis with penicillin. However, if you treat it late, the damage that it has already caused is not reversible, so it’s important to treat it early.

Another thing that is important to understand about syphilis is that if a woman has syphilis when she becomes pregnant or gets infected during pregnancy, she can also pass on the infection to her child. We call this congenital syphilis which can lead to very serious complications during pregnancy, various foetal deformities or even result in stillbirth or that the baby dies shortly after birth.

What is causing the increase in syphilis rates that you’ve observed?

The increase is not just in Europe, it’s a western world phenomenon and there are probably many different factors behind it. There is obviously a clear relation between sexual risk behaviour and syphilis. When the HIV epidemic started in the 1980s, people began using condoms a lot more. As a side effect of that, the rates of syphilis and other sexually transmitted diseases dropped throughout the western world. It appears that now that HIV is seen as more of a chronic but treatable infection, people are less interested in condoms and safer sex, and that is probably one of the main factors behind the increase of syphilis cases.

There are some other specific factors. For example, for men who have sex with men, who are the most affected group, it’s clear from many studies that there has been an increase in condomless anal sex. There has also been a general increase in the number of sex partners and one of the reasons for that might be the increase in popularity of social networking or dating apps, that make it easier to find sex partners. HIV pre-exposure prophylaxis (PrEP) has only come in very recently as a possibility to prevent HIV infection. With that option, people seem to worry less about HIV infection during sex. But not using condoms, particularly with new or casual partners also means you open yourself up to the possibility of other sexually transmitted infections like syphilis.

Heterosexual populations in other parts of the world, like in the US, are seeing an increase in syphilis in women, and we are beginning to see that in Europe. That’s a bit more complicated. Of course, it is also related to having multiple sexual partners and sex without condoms. In addition, we know that alcohol or drug use have a negative impact on safer sex behaviour and there’s also an association with sex work. Social vulnerabilities, like poverty and incarceration, are also known to be associated with syphilis.

Access to healthcare is very important. If you miss your primary infection, the only way you would know you have syphilis is if you go to a doctor and ask for a test. If you don’t have a test, then you just won’t know you have it, and you would be passing it on unknowingly to your sexual partners.

Testing is a very important element of what we’re emphasising. People who are at risk or might have been at risk of infection, should regularly ask for a check-up and a blood test – it’s a very simple blood test.

How should we be responding to the news that syphilis is on the rise?

Firstly, everyone should read the report! In the report, we suggest evidence-based actions.

Across the board, we need to acknowledge the general trend of increasing STIs and take steps to tackle it. Syphilis is rising quickly and the data also show similar increases in gonorrhoea, chlamydia and other infections. We’re seeing this epidemic evolving and somewhat overshadowed by other health events, so we need to get the word out.

We would like to see more effort in promoting safer sex behaviour, promoting consistent condom use, and encouraging people who are not using condoms consistently to come forward for frequent testing. For example, people taking PrEP usually have STI tests every three months, and that’s excellent, because then you can diagnose an infection very early on, treat it and reduce the chance of it being passed on.

There are a number of other responses we suggest, such as effective partner management services. In specialised clinics dealing with syphilis, there would normally be a designated health care professional (usually a nurse) who would ask the person who has been diagnosed with syphilis whether they know who might have passed it on to them, or whether they might have passed it on. That nurse then assists the person in sending an anonymous or confidential message to these sexual partners to ask them to come for testing, again trying to stop onward transmission.

We also believe in the importance of education, for clinicians and the sexually active population generally. Many clinicians believe syphilis died out in the 1980s so they are not as aware as they should be that syphilis is on the upsurge and that they should be testing more frequently, even in people without any symptoms. Schools-based sex education, it shouldn’t just be about HIV. Young people should be made aware of syphilis and other bacterial STIs which are so easily treated but so easily missed as well.

There are interventions we would like to see member states take up, such as having a national strategy on STIs, as very few countries have that currently. We would also like to see national action plans to control syphilis.

Another example: there is evidence that the ‘Checkpoints’ are working well. They are essentially low threshold clinics which don’t look like formal clinics, and they have been introduced in several cities across Europe including Barcelona, Athens and London. People can just pop in and have a test. These services are very effective, especially for certain groups of men who have sex with men who are more at risk.

This eFeature appeared in the August 2019 edition of the Eurobulletin.

Limited testing during periods of Covid-19 restrictions may have created some level of ‘pent up’ demand, HIV group says.
The Irish Times
15 Jul 22
More editors' picks