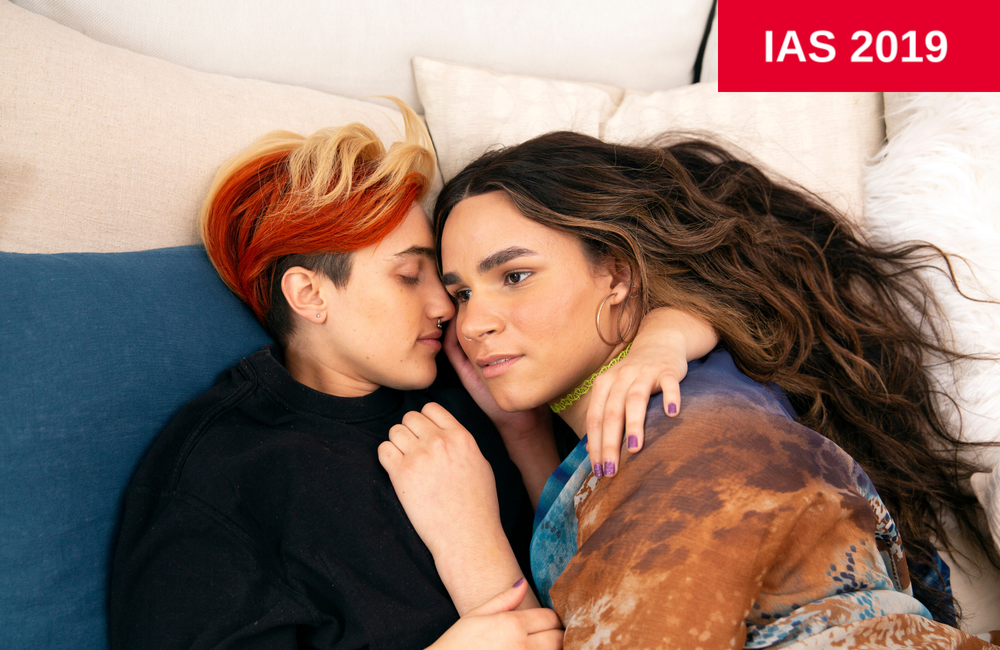 Dr Asa Radix gave a plenary presentation at the recent 10th International AIDS Society Conference on HIV Science (IAS 2019) in Mexico about the multiple challenges facing transgender people when it comes to preventing HIV infection globally. Radix, a transgender man himself, remarked upon the significance of transgender issues being brought to the fore by being featured on the main stage of this conference for the first time. He is the Senior Director of Research and Education at the Callen-Lorde Community Health Centre as well as an Associate Professor of Medicine at New York University.

He framed his talk about HIV prevention within the context of transgender discrimination worldwide: “Wherever you are in the world, whether it’s in the United States or in South Africa or in China, there are certain things that many trans people find in common… trans people are subject to alarming rates of stigma, discrimination, violence and hate.”

Trans people represent a particularly vulnerable group as a result of social and structural vulnerabilities to HIV infection as well as barriers to pre-exposure prophylaxis (PrEP) access and adherence. Radix outlined these challenges and the potential for improvements at different points along the PrEP care continuum for trans people.

Estimates suggest that there are approximately 25 million trans people worldwide. However, collecting accurate data is a challenge as most surveys provide limited options when it comes to gender identity and make no distinction between sex assigned at birth and gender identity. Most HIV statistics reflect this and usually refer to infections in cisgender men and women, with no reference to trans individuals. Trans women are also often included with men who have sex with men (MSM), which adds to further erasure.

A 2013 meta-analysis of pooled data from 15 countries showed an HIV prevalence of 19% in 11,066 trans women. This was 49-fold higher than the general population. Available numbers of new infections (incidence) for trans women vary widely from country to country but are generally well above that of the general population. World Health Organization (WHO) guidelines recommend that PrEP should be taken by people in at-risk groups where incidence exceeds 3/100 person-years. The iPrEx study, the first study to look at PrEP in MSM and trans women, had an incidence rate of 3.6/100 person-years for trans women, while some countries such as Kenya have figures as high as 20/100 person-years.

Further sub-group analysis of the iPrEx results for trans women from 2015 indicated low PrEP efficacy in this group. Trans women made up 14% of the sample and displayed very low adherence to PrEP (18%), as measured in blood. Those who went on to acquire HIV showed no levels of PrEP in their blood; however, there was no seroconversion in those who took four or more pills per week, indicating PrEP’s protective effects when taken as directed. Hormone use was associated with lower PrEP levels. This raised the question of whether PrEP levels were lower due to poor adherence or as a result of possible interactions between hormones and PrEP medication.

More recent research has attended to this question and Radix outlined the current findings: oestrogen levels do not change as a result of PrEP; however, levels of tenofovir (one of the components of PrEP) are reduced in the presence of oestrogen. The clinical significance of this is not yet known but it may mean that trans women taking hormones need higher levels of adherence to oral PrEP in order to maintain protection against HIV.

Leading Innovation for Transgender Women’s Health and Empowerment (LITE)  is an ongoing cohort study being conducted in six US cities with 1100 HIV-negative trans women. Participants are offered HIV testing every three months and will be followed for two years. So far, the cohort has shown high indications for the initiation of PrEP: 75% of participants were sexually active within the last year, with 40% meeting the US Centers for Disease Control and Prevention (CDC) criteria to start PrEP. However, only 13% of the total sample had taken PrEP in the last month while only 8% had been adherent.

For trans men, there are other issues to consider. Limited research has indicated that trans men may present with vaginal dysbiosis: changes to vaginal health as a result of testosterone use. Hormonal changes influence the composition of vaginal flora, which may have implications for susceptibility to HIV infection.

PrEP uptake is also low among trans men. A 2017 US online survey of 1808 trans men indicated that while nearly a quarter met the criteria for PrEP eligibility, only 11% were on PrEP. Radix emphasised that if trans women have been excluded from research, then trans men have been even more excluded due to the perceived lack of risk. Meaningful participation of all transgender people in research is crucial.

One of Radix’s central messages was that there is a dire need for gender-affirmative healthcare when it comes to the PrEP continuum. Barriers such as mistrust of healthcare providers, stigma, concerns about hormone interactions and a lack of trans-specific advertising can be overcome by dedicated gender-affirmative spaces. Good examples of these spaces have trans-competent healthcare providers, with specific health-related information and targeted advertising for transgender people. Hormones are prescribed at the clinic, with information related to PrEP easily available and direct access to PrEP.

A prime example of such a space is the Tangerine Clinic in Thailand which is a trans-led, hormone integrated sexual health clinic. This type of space ensures that there is better linkage along the PrEP continuum while providing gender-affirmative and empowering care.

Radix concluded by emphasising the need for meaningful inclusion of trans people in research, for trans people to get tested for HIV, become more aware of PrEP and its benefits and remain adherent but also reminded the audience that it is not just about PrEP, but rather about understanding the social and structural barriers to access and uptake for transgender people worldwide.

View the details of this session (including slides) on the conference website.