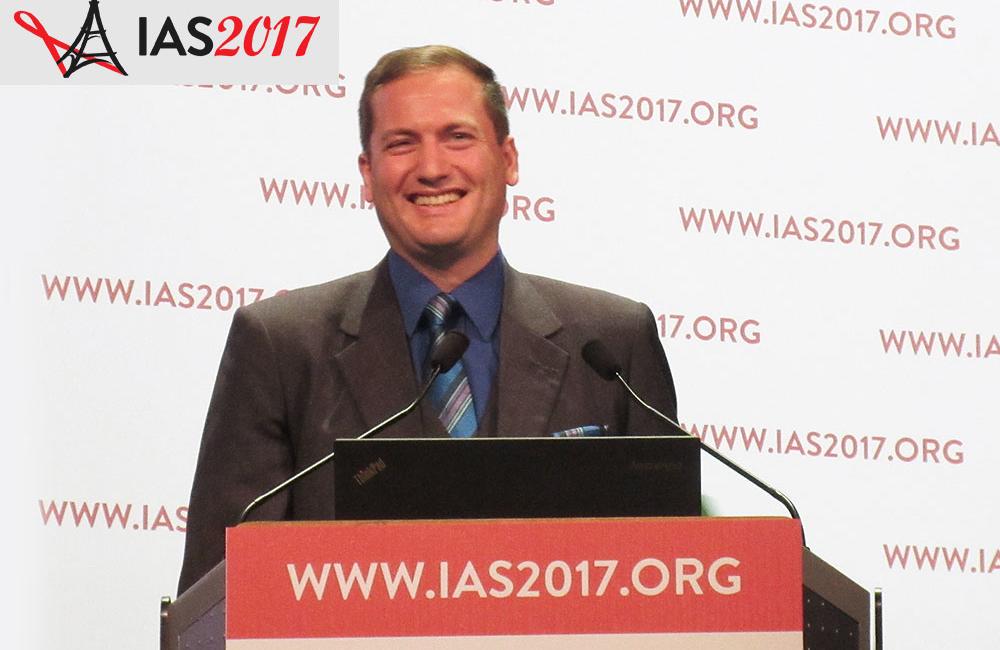 "These findings give us hope that combination therapies, especially those employing the newest and strongest monoclonal antibodies, may have some efficacy," said presenter Trevor Crowell of the US Military HIV Research Program.

Researchers have explored a wide range of approaches for curing HIV or, more accurately, bringing about periods of long-term remission while off antiretroviral drugs. Most of these avenues have been disappointing so far, but researchers hold out some hope for broadly neutralising monoclonal antibodies, or bNAbs, that can disable multiple strains of HIV.

Crowell presented findings from a study testing one such antibody, known as VRC01, in people who started ART soon after acquiring HIV.

VRC01 targets the CD4 binding site on the HIV envelope, preventing the virus from latching on to susceptible T-cells. This binding site is conserved, or consistent across HIV strains, enabling VRC01 to neutralise diverse viral isolates in laboratory studies.

Findings from a previous small non-randomised study (ACTG A5340) presented last year showed that VRC01 modestly delayed HIV rebound in people who had maintained viral suppression for more than 6 months on an ART regimen containing an HIV protease inhibitor or integrase inhibitor before interrupting therapy.

The study enrolled participants from the Thai Red Cross RV254 study cohort. They had started ART soon after infection (Fiebig stages I to III) and had well-controlled virus (HIV RNA <50 copies/ml) for at least two years. Although initially intended to include 24 people, enrolment was halted at 19 due to problems with importing the VRC01 product.

The participants were all men, with a median age of approximately 30 years and a median treatment duration of about 3 years. As is typical of early infection, CD4 counts were still high (median 769 and 562 cells/mm3 in the VRC01 and placebo groups, respectively).

Participants were randomly assigned in a three-to-one ratio to receive VRC01 at a dose of 40 mcg/kg, or a placebo, every 3 weeks. At the time of their first IV infusion they stopped ART. Infusions continued for 24 weeks, and at that point people who still maintained viral control could continue observation without any treatment for up to 24 more weeks.

Stopping therapy in healthy, asymptomatic people with HIV who are doing well on ART is controversial, as studies such as SMART have shown the detrimental effects of treatment interruption. In this study, participants were monitored every 3 to 7 days, and ART was resumed if they had a confirmed viral load above 1000 copies/ml, their CD4 count fell below 350 cells/mm3 or they showed signs of clinical disease progression.

VRC01 treatment was generally safe and well tolerated. One person had a severe skin rash after the first infusion and never underwent ART interruption. There were no other serious adverse events. Infusion-related side-effects included fatigue, headaches, nausea and injection-site pain, but these were similar in the VRC01 and placebo groups. No one developed acute retroviral syndrome or new drug resistance mutations.

Viral load rose rapidly after treatment interruption in the placebo arm, with all but one of these participants having HIV RNA over 1000 copies/ml after 1 to 3 weeks. There was a "modest" delay in viral rebound in the VRC01 group, with a majority reaching this threshold by 3 to 5 weeks. The median time to rebound was 26 days in the VRC01 group, compared with 14 days in the placebo group.

Two VRC01 recipients experienced viral rebound a bit later, around week 7 and week 9. One man maintained undetectable viral load through 42 weeks. He had initiated ART during Fiebig stage III and been virally suppressed for about 3 years on a regimen of tenofovir, lamivudine, and efavirenz. However, Crowell reported that he had his first detectable HIV RNA measurement just days before the presentation.

Other than the last man, who was still below the 1000 copies/ml threshold at the time of presentation and had not yet restarted treatment, all participants achieved viral re-suppression after resuming ART.

Crowell said that viral rebound was associated with a small but significant rise in total HIV DNA in the placebo group, but not in the VRC01 group. The number of infected cells in both the VRC01 and placebo groups remained low compared to the levels usually seen in people who start ART during chronic infection.

The results from this study, which confirm those of ACTG A5340, show that VRC01 alone is unable to maintain viral suppression off ART, but it does show some activity and may play a role as part of a combination strategy for achieving remission.

"Although the delayed time to viral load rebound with VRC01 seen here is likely not clinically significant, it taught us two important lessons," Jintanat Ananworanich said in a MHRP press release. "It provides the basis for future studies in early treated people with combination bNAbs of higher potency, and we can now investigate the samples from this study to identify factors that might have contributed to the delay in rebound."

VRC01 is also being evaluated as an HIV prevention approach in the ongoing AMP (Antibody-Mediated Prevention) trial.