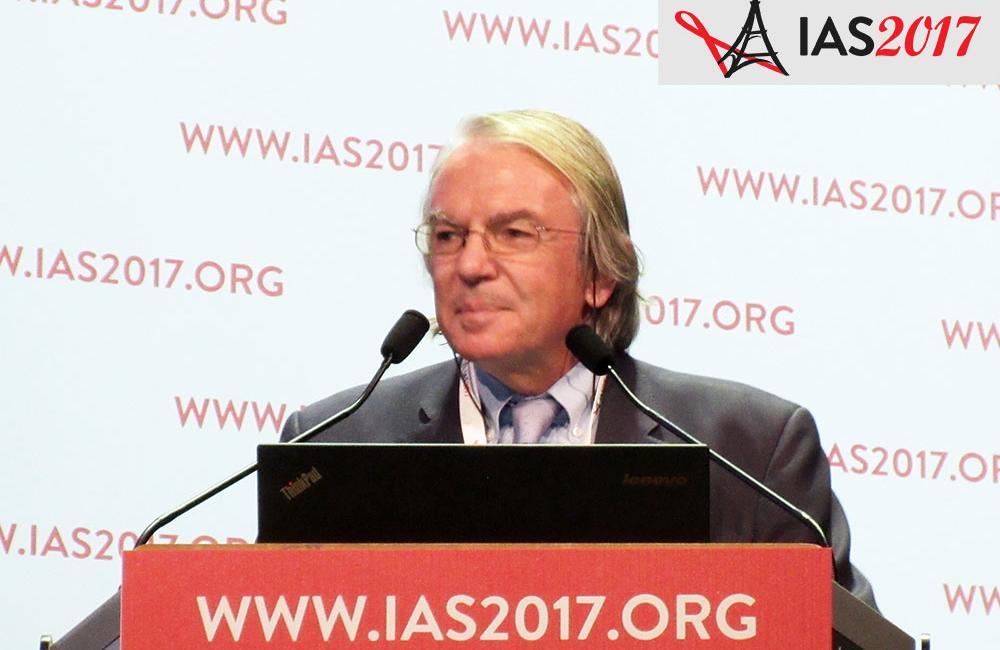 Switching from a boosted protease inhibitor to the integrase inhibitor dolutegravir was associated with lipid reductions in people with HIV at higher risk of heart disease, according to results of the NEAT 022 study presented last month at the 9th International AIDS Society Conference on HIV Science (IAS 2017) in Paris.

Integrase inhibitor treatment results in smaller increases in cholesterol but it has been unclear whether or not switching to dolutegravir can improve the lipid profile and potentially reduce the risk of cardiovascular disease.

The NEAT 022 study was designed to look at the effect of switching from a boosted protease inhibitor to dolutegravir in virologically suppressed people at higher risk of cardiovascular disease. The study evaluated the effect of the switch on viral suppression and lipid levels.

Higher cardiovascular risk in this study was defined as a Framingham score of greater than 10%, indicating that a person has a greater than 10% risk of having a heart attack, angina or other serious coronary event within the next 10 years. People were also eligible to join the study if they were aged 50 or over. The study excluded people with drug resistance mutations.

The study recruited 415 patients at 32 clinics in six European countries and randomised them either to switch to dolutegravir or to continue taking a boosted protease inhibitor for 48 weeks, after which participants randomised to this arm also switched to dolutegravir-based treatment. The study was sponsored by the NEAT ID network and by St Stephen's AIDS Trust, London.

The primary outcomes of the study were the proportion of participants who remained on treatment and who had no viral rebound by week 48 (rebound was defined as two consecutive viral loads above 50 copies/ml) and the percentage change in total cholesterol at week 48.

The study population was overwhelmingly male (89.2%), approximately two-thirds were gay or bisexual men, 87.5% were over 50 years of age and 73.7% had a Framingham score greater than 10%. 73.5% had at least one cardiovascular risk factor, 37% were current smokers, 7.9% had diabetes and 43.3% had a family history of cardiovascular disease. 29.6% were receiving lipid-lowering agents.

Participants had had a fully suppressed viral load for a median of five years and had a median CD4 cell count of 617 cells/mm3.

The study was open label and the two drugs used alongside dolutegravir or a boosted protease inhibitor were not changed and had been selected previously by doctor and patient. Just under two-thirds were taking tenofovir and emtricitabine (Truvada), 32% were taking abacavir and lamivudine (Kivexa) and 3.9% were taking another combination of nucleoside reverse transcriptase inhibitors.

After 48 weeks, 93.1% of those who switched to dolutegravir and 95.2% of those who remained on a boosted protease inhibitor had a fully suppressed viral load (< 50 copies/ml). This difference was not statistically significant. During the study, four people in the dolutegravir group experienced virologic rebound – and seven discontinued due to adverse events, compared with one virologic rebound and three discontinuations due to adverse events in the boosted protease inhibitor group.

Subgroup analyses showed no difference in outcome by participating country or by Framingham score above or below 15%.

The mean total cholesterol fell from 5.2 mmol/L to 4.69 mmol/L in the dolutegravir group but remained almost unchanged in the boosted protease inhibitor group (5.08 mmol/L to 5.07 mmol/L).

The investigators concluded that switching to dolutegravir does not raise the risk of viral load rebound, and has the potential to reduce the risk of cardiovascular disease in people at higher risk of cardiovascular events. However, as Dr Tristan Barber of London's Chelsea and Westminster Hospital pointed out at a community feedback event on the IAS 2017 conference organised by NAM/aidsmap last week, the composition of the study population makes it difficult to draw firm conclusions from the findings, since approximately a quarter of participants did not have a higher cardiovascular risk at baseline.