People with HIV are at risk for liver fibrosis and steatosis 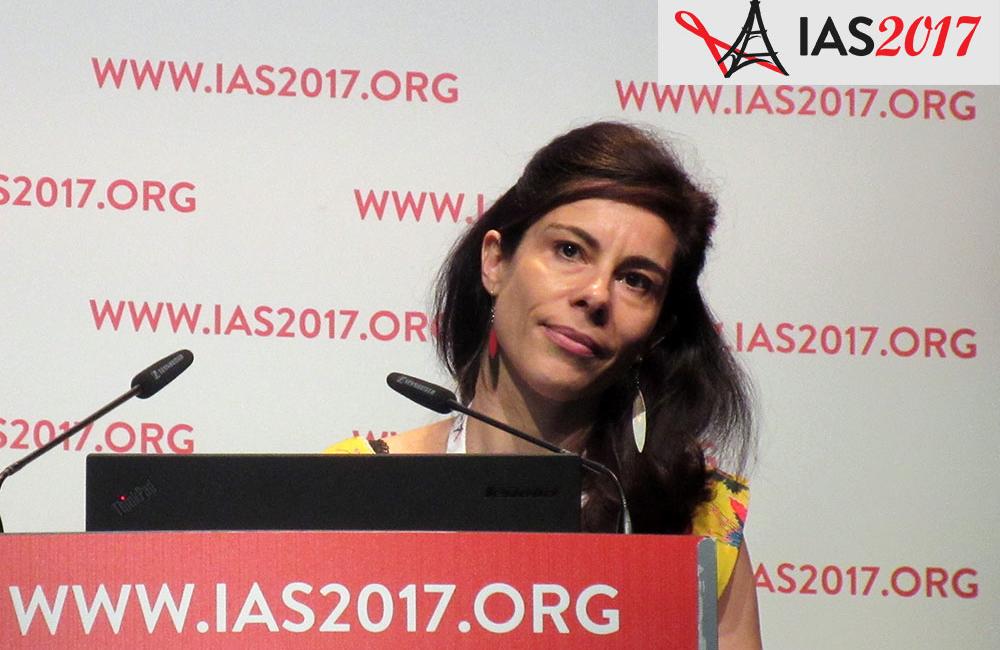 Metabolic syndrome, type 2 diabetes and obesity are risk factors for the development of liver fibrosis and steatosis (liver fat accumulation) in people living with HIV, including those who do not have viral hepatitis co-infection, according to research presented at the 9th International AIDS Society Conference on HIV Science (IAS 2017) last month in Paris.

As effective antiretroviral therapy (ART) has reduced deaths from opportunistic infections, liver disease has become a major cause of morbidity and mortality among people living with HIV. Hepatitis B or C, heavy alcohol consumption and other causes of liver injury can lead to the development of fibrosis and steatosis, but these may also occur without such liver-specific risk factors.

Fibrosis occurs when scar tissue replaces normal hepatocytes, the cells that carry out the liver's viral functions. Cirrhosis is the most advanced stage of fibrosis (stage F4). Steatosis occurs when hepatocytes fill up with fat. Non-alcoholic fatty liver disease (NAFLD) develops in people who do not drink heavily; non-alcoholic steatohepatitis (NASH) is its more advanced stage. Over time, these progressive conditions can lead to liver function impairment, liver cancer and the need for a liver transplant.

A recently published systematic review found that at least one in five people living with HIV who do not have co-infection with hepatitis B or C had NASH. Metabolic syndrome, hypertension and high body mass index were found to be significant risk factors for NAFLD in people living with HIV.

The METAFIB study, conducted at a single centre in France, looked at nearly 500 HIV-positive people without hepatitis B or C virus (HBV or HCV) co-infection who said they did not drink heavily and did not have other causes of chronic liver disease.

Among participants with valid liver stiffness results, 203 people with metabolic syndrome were matched by age and sex with 202 people who did not. Nearly 90% were men and the average age was 53 years. Participants had been HIV-positive for around 17 years on average, most were on ART with undetectable viral load and the mean CD4 count was over 600 cells/mm3. People with metabolic syndrome had a higher body mass index, were more likely to be obese and more likely to have insulin resistance (49 vs 9%) or type 2 diabetes (15 vs 1%).

People with moderate or worse fibrosis had significantly higher levels of inflammatory markers than those with absent or mild fibrosis (stage F0 or F1), including C-reactive protein, interleukin 6, leptin and adiponectin (two hormones produced by adipose or fat tissue) and a marker linked to macrophage activation (a type of immune system white blood cell). This was also the case when comparing people with and without cirrhosis.

"HIV-monoinfected patients with metabolic syndrome are at risk of liver fibrosis and should be systematically screened for liver fibrosis irrespective of transaminases levels or HIV parameters," the investigators concluded.

They suggested that adipose tissue, insulin resistance and macrophage activation "are probably key players" in the development of liver fibrosis in HIV-positive people without viral hepatitis.

Hugo Perazzo of Fundação Oswaldo Cruz in Rio de Janeiro, Brazil, and colleagues looked at factors associated with liver fibrosis and steatosis among HIV-positive people without hepatitis B or C who were on long-term ART.

The researchers hypothesised that a single 'hit' – such as type 2 diabetes, obesity or a genetic risk factor­­ – could cause simple steatosis, but additional hits may be needed for progression cirrhosis or NASH. These factors might include chronic inflammation and immune activation associated with HIV or use of hepatotoxic antiretrovirals.

This study included 395 participants from the PROSPEC-HIV cohort. About 60% were women and the average age was 45 years. Eighty per cent had undetectable viral load and the median CD4 count was approximately 660 cells/mm3. They had been on ART for a median of seven years and many had used older antiretrovirals associated with metabolic or liver-related side-effects. About a third had metabolic syndrome, but more had at least one of its components including abdominal obesity (68%) and abnormal blood lipids (61%).

Longer duration of ART use – especially older nucleoside reverse transcriptase inhibitors such as zidovudine (Retrovir) or stavudine (Zerit) – was associated with steatosis independently of metabolic factors, the researchers concluded.

They recommended that prevention and management of non-infectious conditions such as metabolic syndrome should be integrated into HIV care to decrease the burden of liver disease among people living with HIV.