WHO issues guidelines on use of cotrimoxazole prophylaxis

Theo Smart
This article is more than 15 years old. Click here for more recent articles on this topic

Cotrimoxazole prophylaxis should be widely used by people with progressing HIV disease and by all HIV-infected or exposed infants (until it is clear that they are uninfected) according to guidelines issued this week by the World Health Organization (WHO).

In fact, where HIV prevalence is high, infectious diseases common and healthcare infrastructure is limited, governments may want to consider simply giving cotrimoxazole to everyone with HIV and to infants known or suspected of having been exposed to HIV, says WHO.

There were several reasons for this. Firstly, PCP and toxoplasmosis are not as common in resource-limited countries — where people with HIV usually first die from other illnesses. Also, there were concerns about fostering resistance to the drug (a widely used antibiotic) and cross-resistance to sulfadoxine/pyrimethamine (used to treat malaria). In fact, in some parts of Africa, there are already high levels of bacterial resistance to cotrimoxazole — until recently, there was little evidence to show that cotrimoxazole prophylaxis would be effective in such settings. Furthermore, clinical studies were needed to answer questions about the safety and practical aspects of using cotrimoxazole in infants or pregnant women.

Finally, although WHO had put out a provisional statement on the use of cotrimoxazole in 2000, it has never previously issued clear technical guidelines on the operational aspects of implementing cotrimoxazole prophylaxis, especially in the context of scaling up HIV care in resource-limited settings.

However, over the last several years, the evidence base in support of cotrimoxazole prophylaxis has strengthened considerably. For instance, new studies have shown that PCP, which cotrimoxazole can prevent, is the leading cause of death in infants with HIV in all settings (and the incidence peaks during the first six months of life). Other new evidence has been drawn from recent clinical trials and observational cohort studies in a wide range of populations and settings, even in regions where malaria is endemic and background resistance to cotrimoxazole is common. Consistently, the studies have shown that cotrimoxazole prophylaxis reduces mortality and morbidity in adults, children and infants.

The new WHO guidelines review the clinical evidence as well as essential information needed to use cotrimoxazole safely; with annexes that summarise the criteria for recognising HIV-related clinical events used in the WHO staging system of HIV disease, as well as how to grade the seriousness of adverse events that may occur in persons taking cotrimoxazole.

Recommendations in infants and children

It is especially important that infants with, or suspected of having, HIV receive cotrimoxazole during the first six months of their life.

Cotrimoxazole prophylaxis is recommended for all HIV-exposed infants starting at 4–6 weeks of age (or at first encounter with the healthcare system) and should be continued until HIV infection can be excluded by HIV antibody testing (beyond 18 months of age) or virological testing (before 18 months of age) at least six weeks after complete cessation of breastfeeding.

For children between one to four years old, cotrimoxazole prophylaxis is recommended for all children with WHO stage II, III or IV disease, or all children with a CD4 cell% < 25%. Treatment should continue until they are at least five regardless of clinical symptoms or CD4 percentage or whether they have had a good immune response on antiretroviral therapy

In settings with limited infrastructure and high child mortality and HIV prevalence — and where HIV screening may not be possible, WHO recommends a universal option: giving cotrimoxazole to all children born to mothers with or suspected of having HIV.

Recommendations in adolescents and adults

Where CD4 cell counts are not available, cotrimoxazole prophylaxis should be taken by everyone with mild, advanced or severe symptoms of HIV disease (WHO stage II, III or IV disease).

Where infrastructure is even more limited, and HIV prevalence is high, WHO says countries can consider offering cotrimoxazole to everyone who tests HIV-positive.

Cotrimoxazole is recommended to HIV-positive pregnant women, regardless of the stage of pregnancy and should continue while she is breastfeeding. Women with HIV who live in an area where there is malaria, should take cotrimoxazole rather than sulfadoxine/pyrimethamine–based intermittent presumptive therapy for malaria.

For people with HIV who qualify for antiretroviral therapy, WHO recommends that they start cotrimoxazole two weeks before their ART regimen — in case there is rash or any other adverse reaction. 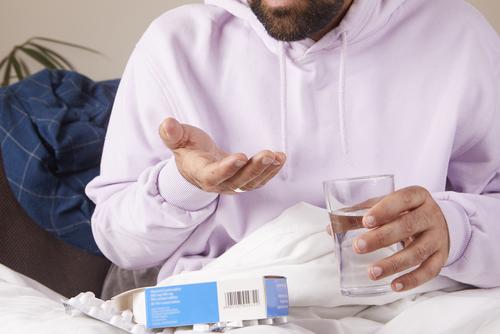 In industrialised countries, it is considered safe to discontinue cotrimoxazole in response to effective antiretroviral treatment (that increases the CD4 cell count to over 200). However, in resource limited settings where the primary causes of mortality are malaria or bacterial infections that strike people down with much higher CD4 cell counts, WHO’s “general recommendation is to continue cotrimoxazole prophylaxis among adults living with HIV indefinitely.” Even so, the guidelines (perhaps prematurely considering the evidence base) discuss the alternatives, such as discontinuing cotrimoxazole once the CD4 cell count has been over 350 for at least six months.

The AIDS Clinical Trials Group (ACTG), the largest global HIV research network, today announced the launch of A5355, a clinical trial studying a new cytomegalovirus (CMV) vaccine in adults with both HIV and CMV.
ACTG Network
17 Dec 21
Access to healthcare

This publication brings together important clinical and programmatic updates produced by WHO since 2016 and provides comprehensive, evidence-informed recommendations and good practice statements within a public health, rights-based and person-centred approach.
World Health Organization
17 Jul 21
Opportunistic infections

In Focus: Global strategy to end Cryptococcal Meningitis in people living with HIV

Cryptococcal meningitis is the second biggest killer of people living with HIV after tuberculosis (TB). Now, a global initiative, the Ending Cryptococcal Meningitis Deaths by 2030 Strategic Framework aims to get the gold standard drug to treat cryptococcal meningitis – flucytosine – registered in countries that need it.
Spotlight
8 Jun 21
Opportunistic infections

People with HIV are still dying from a treatable, but neglected, disease: all it needs is a plan

Cryptococcal meningitis is one of the main causes of death of people with HIV. The tests and medicines to diagnose and treat it exist but remain inaccessible to most. A global strategy is needed.
The Conversation
15 May 21
More editors' picks