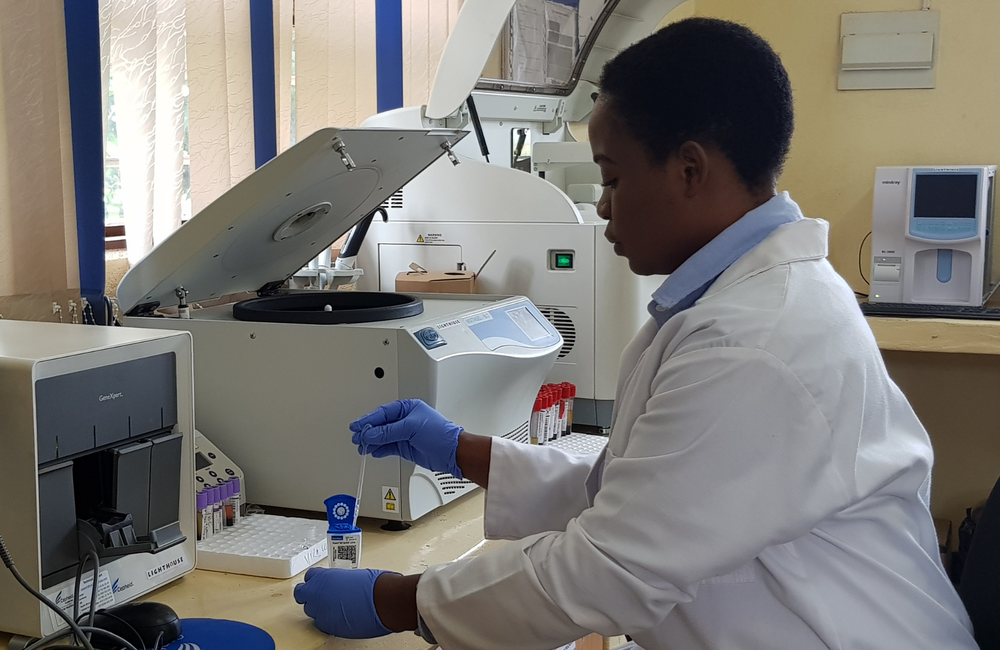 A study conducted in Malawi has shown that near point-of-care technologies have the capacity to improve viral-load testing, increase the frequency and quality of clinical action and reduce the costs incurred by outpatients in HIV clinics.

Near point-of-care assays allow HIV viral-load tests to be conducted within hours of sample collection at the same health facility, delivering results quickly. It allows result availability (within 24 hours) and clinical action (therapeutic intervention from the attending clinician) on the same visit. These tests can be operated outside the conventional laboratories by non laboratory personnel, and in diverse locations more accessible to the patients receiving care. By making testing available on-site, the need for specimen transport to centralised laboratories that lead to long turnaround time between sample collection and result availability (nearly seven weeks in some cases) can be removed. This method has its challenges however, including the need for decentralised quality control, equipment maintenance, and supply chain, as well as the cost of equipment and commodities.

Dr Prakash Ganesh and colleagues at the Lighthouse Trust in Lilongwe, Malawi conducted a retrospective study of the implementation of near point-of-care testing. The Lighthouse Trust operates two urban HIV clinics in Lilongwe with a combined patient load of 32,430. Between January and December 2017, laboratory staff used the GeneXpert HIV-1 viral load assay  (a near point-of-care technology) to carry out quick viral load tests on patients who were clinically suspected of antiretroviral therapy (ART) failure or advanced HIV disease. Patients who were thought to be doing well on treatment continued to have their samples sent to a centralised laboratory, with a longer waiting time for results.

A total of 2813 people received near point-of-care viral-load testing, of whom 1511 patients received their primary care at the Lighthouse Trust and so had more data collected. Of this group, 57% were tested because of a previous high viral load, 33% because of clinical indication of advanced HIV disease and 4% for monitoring after switching to second-line treatment.

Results of the testing were that 926 people (61%) had an elevated viral load (greater than 1000), whereas 585 (39%) were virally suppressed (below 1000). Of the 929 with an elevated viral load, 719 had clinical intervention, including 557 who switched to second-line treatment and 104 who were referred for adherence counselling. Clinical intervention mostly took place on the same day (82%) or the following day (10%).

These findings illustrate several potential advantages of near point-of-care viral load testing, particularly prompt data-driven clinical action. First, had patients perceived to be failing been presumptively switched to second-line treatment without the use of viral-load testing, up to 39% may have been unnecessarily switched, indicating that the access to on-site viral-load testing enables more appropriate clinical action.

The proportion of patients on second-line treatment in Malawi (2%) is much lower than the proportion who have an elevated viral load (6%), suggesting that many people on failing ART are not switched. In this study, 60% of patients with elevated viral load were switched to second-line treatment, while 11% initiated adherence counselling, indicating the impact that rapid, immediate testing can have on effective clinical decision-making in a non-research setting.

Third, the same-day clinical action not only benefits patients' health but also may reduce their out-of-pocket cost of returning to collect their test results at subsequent visits.

Efficacy and safety data on dolutegravir for advanced AIDS and maintenance therapy in middle- and lower-income countries were presented at AIDS 2022.
TheBodyPro
2 Aug 22
More editors' picks