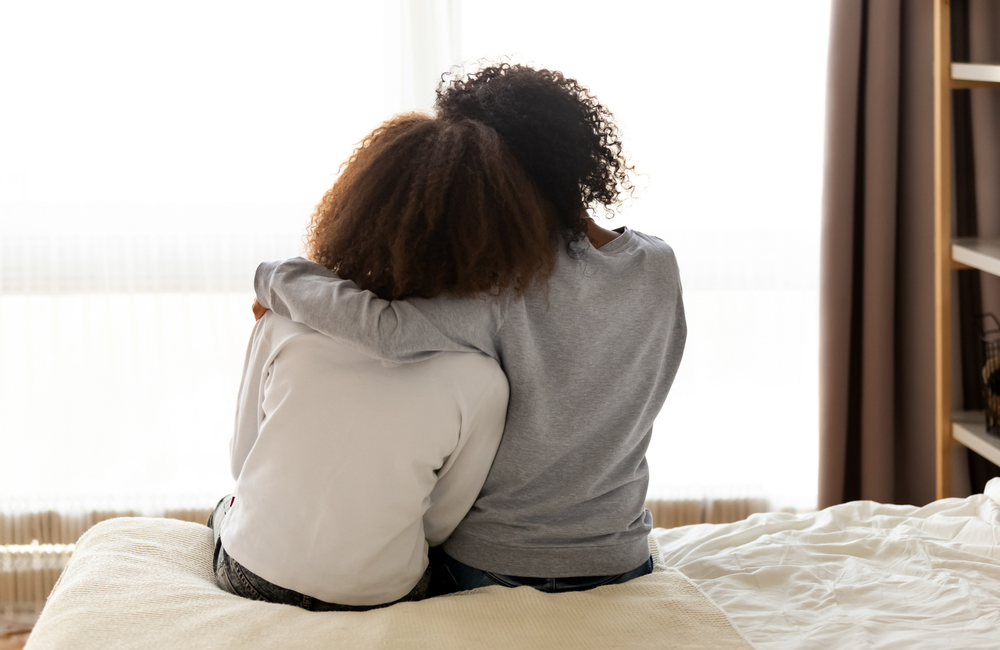 HIV-positive mothers who share their status with their HIV-negative children report greater communication and improved relationships, report Dr Nada Goodrum of Medical University of South Carolina and colleagues in Child Development. The US study shows that mothers who had disclosed saw greater decreases in parenting stress compared with those who did not. The study suggests that HIV disclosure enhances open communication and closer bonds within parent-child relationships.

Caregivers living with HIV consider many things before sharing their HIV status with their children. Some are reluctant to disclose as they are worried that the child is too young to understand or that they will be unable to answer their children’s HIV-related questions. Some worry that children will have a negative reaction or tell others.

Overall, there is limited evidence on the potential benefits and drawbacks. Some research suggests there are more positive outcomes when children are told at a younger age, when disclosure is planned and when children can speak with named safe people (rather than being told to keep it a secret). Several studies show a negative impact on caregivers’ wellbeing and children’s adjustment when caregivers do not disclose their HIV status. However, less is known about the long-term impacts on the child and their relationship with their parents.

The study involved female caregivers who took part in an intervention to support them to share their HIV status with their HIV-negative children. In this study, all female caregivers were referred to as ‘mothers’, although they were not all the child’s biological mother, but were all primary caregivers (for example a grandmother).

Mothers and their children were recruited in Los Angeles, San Diego and Atlanta. The study was conducted in English and Spanish.

The quantitative part of the study involved 174 female primary caregivers living with HIV, who had 348 children between them (aged 6 to 14 years).

Over half the children (58%) were Black/African American and one-third (35%) were Hispanic/Latinx. (Latinx is the gender-neutral term for Latino or Latina.) The majority were single parents (80%). Nearly one-third were employed. The average monthly household income was $1368. These demographics were representative of populations living with HIV in these cities.

Authors compared the scores between mothers who had fully, partially or not disclosed their HIV diagnosis. Full disclosure was defined as mothers either naming HIV or AIDS. Partial disclosure was defined as a mother saying she had an illness, without naming the terms. The assessment was done shortly after the intervention (100% completed), at a 3-month follow-up (95% completed) and 15-month follow-up (79% completed).

The study also involved in-depth, qualitative interviews with some participants. Interviews only took place with families if the child knew their mother’s HIV diagnosis. Fourteen mothers and 13 children took part.

Of the 14 families who were interviewed, 12 were in the intervention group, receiving support on how to talk to their children. Two were in the waitlist control group.

Within this group, there were a higher proportion of Latinx/White families. This is likely due to more people from San Diego and Los Angeles being interviewed.

The quantitative findings showed that disclosure improved measures of parenting stress, communication within families and relationship quality. Mothers who had partially or fully disclosed by nine-month follow-up were more likely to report improvements in communication and relationships in the previous six months, compared with those whose mothers had not disclosed.

However, disclosure did not appear to have an impact on measures of child behaviour, such as symptoms of depression and signs of aggression.

During the interviews children and parents reported a wide range of emotions. Some felt relief and happiness:

Some children reported sadness and worry that their parents might die. This was more likely if they had experienced a loved one die of an AIDS-related illness:

“It was pretty like sad knowing that like it was incurable and she was gonna have to live with that, but like other than that it was more like just worrying. But like, is she gonna be ok? Is, like, anything gonna happen to her? Is she fine? Does she need anything?” - Child

“I don’t notice like he was impacted. Like that it was like a change he would make with me. Like, I don’t know that he would be different with me. That he would have said, “Ay my mom, poor her” or “She is going to die.” No, no, he took it—he took it not too strongly, I believe. Mhm, he understood that it was a normal illness.” - Mother

Some children reported feeling “normal” and some children felt that communication with their caregivers improved:

“I don’t feel like I’m holding as much in as a secret, you know, like, I don’t have to dance and prance around and tiptoe around my conversations when I’m talking about it, so I can freely talk about condoms and sex and HIV like it’s just normal conversation in the house. So it doesn’t seem like abnormal or uncommon to them; it’s part of their lives.” - Mother

Some mothers wished they had been able to give their child more HIV information. Some wished their child had asked more questions and that their child’s father had also been present during the disclosure.

Children increasing their own responsibilities

In some cases, disclosure led to children becoming more considerate towards their caregiver. This was expressed by being more helpful in the home. However, in some cases this led to a type of ‘parentification’ as children felt greater responsibility for their mother:

“Ever since I was little, I would kind of like, have her in the back of my mind. And I would be like, “So are you ok?” and I would be like, “So did you take your pill? You forgot yesterday. I saw you forgot.” So like, try and whenever I see that she would forget, I would, like, after then, be more persistent in asking her ... I would pay more attention to my mum.” - Child

“Now every night, every, every night he’s like, “Mum your medications, la la”... I think that he thought that if I didn’t take my medication, then I would die, that’s what I think. - Mother 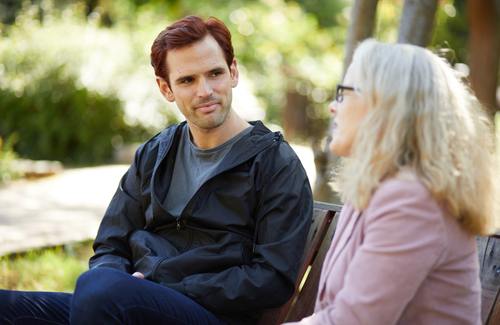 Find out more: Deciding whether to tell people that you are living with HIV

The mothers involved in this study had initially chosen not to disclose but were willing to join the intervention study. Therefore, these findings may not be generalisable to those who choose to share their HIV status without an intervention or to those who are unwilling to engage with such interventions.

Only HIV-negative children were included in this study. These findings may not be generalisable to children born with HIV.

The study does not capture how children were told and whether the conversation was planned. This needs to be understood through a larger study. A larger study could also explore if there are any meaningful differences according to the child’s age, race/ethnicity, socioeconomic factors and other demographic factors.

“Results highlight the beneficial role of HIV disclosure, particularly in spurring reductions in parenting stress and improvements in children’s perceptions of the parent–child relationship,” say the authors.

The authors say that interventions are needed to support children during disclosure. This will help their understanding of HIV. Disclosure is not a one-time event: some families require numerous conversations to ensure that the HIV diagnosis is well understood. Mothers and children should be supported throughout the process as this will reduce parenting stress and promote positive outcomes for families.