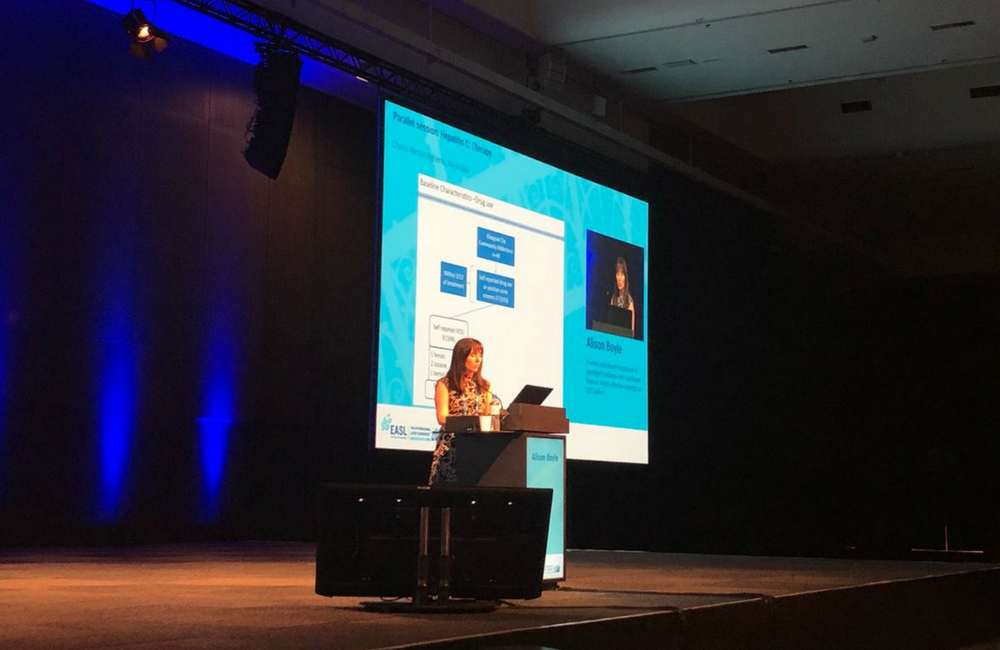 An eight-week course of sofosbuvir/velpatasvir (Epclusa) cured almost all people with hepatitis C genotype 3 without cirrhosis receiving treatment alongside opioid substitution therapy through community pharmacies or prisons in the Greater Glasgow area, Alison Boyle of Gartnavel Hospital, Glasgow, reported at the 2018 International Liver Congress in Paris on Thursday.

Genotype 3 is especially common in people who inject drugs and former drug users. It has been considered 'harder to cure' although recent studies of newer agents in people with genotype 3 have shown high cure rates.

Scottish investigators carried out an observational study of an 8-week course of sofosbuvir/velpatasvir in people receiving opioid substitution therapy in the Glasgow area. The 8-week treatment course was offered to drug users receiving opioid substitution therapy if they had F2 or F3 fibrosis with the intention of maximising the number of people who could be treated within a fixed drug budget in the Greater Glasgow region.

Sofosbuvir/velpatasvir was dispensed as daily directly observed treatment along with opioid substitution therapy for those still injecting or those who were in the early stages of recovery. More stable patients received medication and opioid substitution therapy two to three times a week. All medication was dispensed by community pharmacies with the exception of treatment provided to people in prison.

Twelve-week post-treatment follow-up showed that 93% of those who began treatment achieved a sustained virological response (SVR12 or cure). Two people were lost to follow-up, two discontinued treatment prematurely, one died and one person was reinfected. There were no cases of virologic rebound after treatment. All eight people who continued to report injecting drug use during the treatment period achieved a sustained virological response.