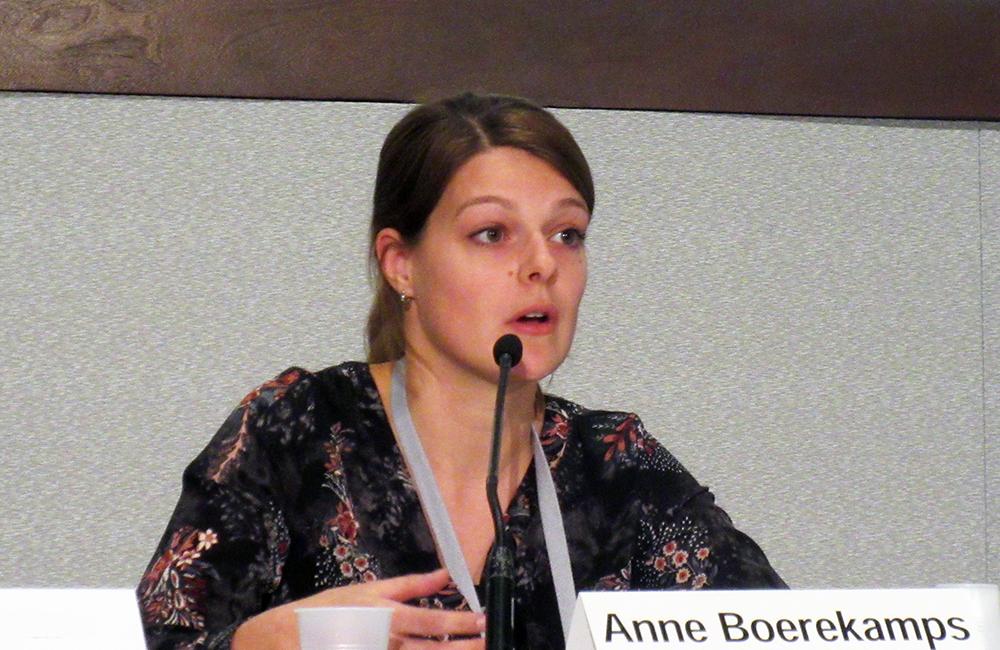 An 8-week course of grazoprevir/elbasvir (Zepatier) produced sustained virological response in most HIV-positive gay men with recent hepatitis C virus (HCV) genotype 1 or 4 infection, according to a presentation at the 25th Conference on Retroviruses and Opportunistic Infections (CROI 2018) last month in Boston.

Researchers recommended that prompt, brief treatment during acute infection could halt onward transmission and contribute to the elimination of HCV among HIV-positive men who have sex with men, given that spontaneous clearance is uncommon in this population.

Direct-acting antivirals (DAAs) have made treatment for chronic hepatitis C shorter, better tolerated and much more effective, even for people – such as those with HIV/HCV co-infection – who were considered difficult to treat with interferon-based therapy. This has led experts to ask if treatment may also be shortened for people with acute hepatitis C, meaning the first six months after infection.

Studies have shown that 8 weeks of sofosbuvir/ledipasvir (Harvoni) is adequate for treatment of genotype 1 acute HCV infection in HIV-negative people, and one study found that even a 6-week course works well for this group. But stopping at 6 weeks led to an unexpectedly high relapse rate for people with HIV/HCV co-infection.

Anne Boerekamps of Erasmus University Medical Centre in Rotterdam, the Netherlands, and colleagues evaluated the efficacy of 8-week treatment of acute HCV using Merck's dual DAA regimen consisting of the HCV NS3/4 protease inhibitor grazoprevir and the NS5A inhibitor elbasvir. This regimen is not pangenotypic and is recommended only for HCV genotypes 1 and 4.

All participants were men who have sex with men, with an average age of 47 years. She noted that thanks to the Netherlands' good needle exchange and harm reduction programs, HCV infection rates are low among people who inject drugs and most participants were assumed to have acquired HCV through sexual transmission.

More than 90% of participants were HIV positive. All of these were on antiretroviral therapy (ART), most had undetectable HIV viral load and the median baseline CD4 count was approximately 600 cells/mm3. Nearly two-thirds (64%) had HCV genotype 1a, none had 1b and 36% had genotype 4. In about a quarter of cases, this was a second or subsequent infection.

Everyone in this single-arm study received 100/50mg grazoprevir/elbasvir once daily for 8 weeks; there was no placebo or comparator regimen arm. Treatment was started no later than 26 weeks after the estimated date of infection. The primary endpoint was sustained virological response (SVR), or continued undetectable HCV RNA at 12 weeks post-treatment (SVR12).

Boerekamps reported interim findings from 63 participants who completed therapy and 12 weeks of post-treatment follow-up. All but four achieved SVR12. Phylogenetic testing showed that only one case was a relapse while the other three were reinfections. Thus, the SVR12 rate was 98% (or 94% if relapses were counted as treatment failures).

Treatment was generally safe and well tolerated. Only three people experienced serious adverse events, and these were not treatment-related. The most common adverse events were gastrointestinal complaints (24%), sexually transmitted infections (24%) and "common cold" symptoms (22%).

Based on these findings, the researchers concluded, an 8-week course of grazoprevir/elbasvir "is highly effective for the treatment of acute HCV."

Boerekamps noted that DAA regimens are currently only approved for chronic, not acute, HCV infection, which limits reimbursement. She added that although this regimen was highly effective, a pangenotypic regimen would be ideal.

Boerekamps and co-investigator Bart Rijnders – who reported at last year's CROI that acute HCV infections among gay men in the Netherlands had declined dramatically after the country instituted universal access to DAAs – told reporters that treatment with a short regimen during acute infection would be cost saving for a population that is at high risk of transmitting HCV to others.

Some experts have traditionally preferred to wait several weeks to treat people with acute HCV infection to see if they will spontaneously clear the virus. This happens in around 25% of cases overall, but is less common among people with HIV.

In another study presented at CROI, Christoph Boesecke of Bonn University Hospital in Germany and colleagues looked at rates of HCV clearance in PROBE-C, a large European observational cohort study.

Between 2007 and 2017, a total of 464 episodes of acute HCV infection with at least 12 weeks of follow-up were recorded among HIV-positive people in Austria, Denmark, France, Germany, Spain and the UK.

Almost all (98%) were men, the median age was 41 years and almost all were infected via sexual transmission. Most were on ART with undetectable HIV RNA and the median CD4 count was 574 cells/mm3. The majority (76%) had HCV genotype 1, followed by genotype 4 (19%) and genotype 2 (2%).

Boesecke reported that only 55 people (12%) experienced spontaneous HCV clearance, while 88% had persistent viraemia. About 70% started treatment within a year after acute HCV diagnoses, but most used the older interferon-based therapy and the SVR rate was just 76%. Fifty-one people (17%) were reinfected after treatment.

Research is now underway to see whether people are more likely to clear reinfection than initial infection. HCV does not confer immunity like some viruses, but it does appear that the immune system may be primed to fight it more effectively during a second or subsequent infection.

"Spontaneous clearance of acute HCV infection in the setting of HIV co-infection is a rare event. Almost 90% of acutely infected patients face a chronic course," the researchers concluded. "Therefore, treatment initiation needs to be considered early on to prevent onward transmission to sex partners."

"DAA drug labels as well as clinical guidelines need to be amended to allow usage of DAA during the acute phase of HCV infection in a high-risk population," they recommended.

Boesecke added that the only reason for withholding treatment for acute HCV infection is due to the cost of the DAAs. Because they are so well tolerated, there is little or no harm in treating someone who would have spontaneously cleared the infection. He added that efforts must go beyond country borders in order to eliminate hepatitis C among men who have sex with men.