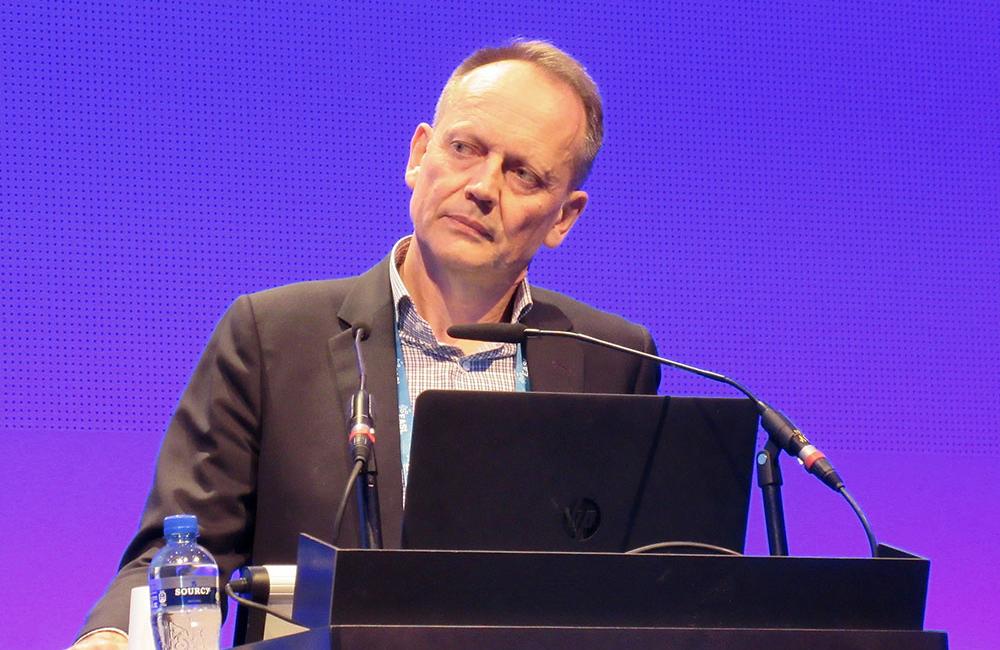 People with hepatitis C who take treatment with direct-acting antivirals (DAAs) do not appear to have a higher risk of developing liver cancer compared to those treated with interferon, and the seemingly higher rates seen in some studies are attributable to risk factors such as older age and more advanced liver disease, according to a set of studies presented on Thursday at the International Liver Congress in Amsterdam. The congress is the annual meeting of the European Association for the Study of the Liver (EASL).

Over years or decades, chronic hepatitis C virus (HCV) infection can lead to serious liver disease including cirrhosis and hepatocellular carcinoma (HCC). Successful treatment of hepatitis C ­– sustained virological response, or continued undetectable HCV RNA at 12 weeks post-treatment – is expected to reduce the risk of liver disease progression and development of HCC. But liver damage is not fully reversible, and people who already have cirrhosis when they start therapy remain at ongoing risk for liver cancer.

To date there has been conflicting evidence about the likelihood of liver cancer occurring or recurring after treatment with DAAs versus interferon-based therapy.

At last year's EASL meeting, researchers reported the first data suggesting that people who achieve sustained response with DAAs might be at greater risk for liver cancer. Italian researchers reported that hepatitis C patients with cirrhosis who were treated with DAAs had a higher likelihood of developing liver cancer, but this was limited to recurrence in people with a prior history of HCC. A Spanish study published in the October 2016 edition of Journal of Hepatology also saw a higher than expected rate of HCC recurrence.

In contrast, a study presented at the American Association for the Study of Liver Diseases (AASLD) Liver Meeting in November found that treatment with DAAs was not linked to higher HCC risk in a Northern Italian cohort, although there was some evidence that people treated with the new drugs may experience more aggressive disease progression.

Gregory Dore of the Kirby Institute at the University of New South Wales presented results from a systematic review and meta-analysis of more than 40 studies of initial or recurring HCC following DAA treatment.

Out of more than 4000 potential studies, the researchers discarded those with incomplete data about the endpoints of interest, ending up with 26 relevant studies of HCC occurrence and 15 studies of HCC recurrence. Together these studies included nearly 14,000 patients.

Patients treated with DAAs differed in some important ways from those treated during the interferon era. There were notable differences in patient characteristics, as well as regional differences.

In an unadjusted analysis, the rate of initial HCC occurrence was 3.09 per 100 person-years (PY) for DAA-treated patients compared to 1.14 per 100 PY for those treated with interferon. For HCC recurrence, the rates were 12.14 vs 9.21 per 100 PY, respectively.

DAA-treated patients who initially developed liver cancer were older, on average, than those treated with interferon (60 vs 52 years). The age difference was less pronounced for people with recurrent HCC treated (64 vs 66 years, respectively).

In addition, because DAAs are so new, study follow-up periods were shorter for people treated with DAAs compared to those treated with interferon: approximately one versus five years on average, respectively.

As the people at highest risk develop HCC soon after finishing treatment, the overall risk for the population as a whole goes down, Dore explained. He suggested that some people might have had small tumours before treatment that were only detected after they complete three months of therapy. With interferon, HCC can progress for 6 or 12 months on therapy, making it more likely that the cancer will be diagnosed during rather than after treatment.

After accounting for these factors in a meta-regression analysis, the adjusted relative risk of DAA versus interferon treatment was 0.75 for initial HCC occurrence and 0.62 for HCC recurrence. That is, there was no increased risk with DAAs, and in fact there was a non-significant trend toward reduced risk.

Based on these findings, there is "no evidence for differential HCC occurrence or recurrence risk following SVR [sustained virological response] from DAA and interferon-based regimens," Dore and colleagues concluded. "Higher incidence following DAA therapy can be explained by shorter duration of follow-up (cohort effect), and older age (higher baseline risk)."

A session on hepatitis C management post-SVR featured several other studies of HCC among people treated with DAAs. Massimo Colombo of Universita degli Studi in Milan gave an overview of these presentations at an EASL press conference.

Maria Reig and colleagues of Hospital Clinic Barcelona updated their 2016 Journal of Hepatology report, confirming a high rate of liver cancer recurrence among people treated with DAAs. Over a 12-month period, 31% saw their HCC return, and nearly a third of those treated for liver cancer nonetheless experienced HCC progression within six months.

“Our study offers further support to previous findings that there is an unexpected high recurrence rate of hepatocellular carcinoma associated with DAAs, and that this association may result in a more aggressive pattern of recurrence and faster tumor progression,” Reig stated in an EASL press release.

Etienne Audureau of Henri Mondor University Hospital in Créteil, France, reported that among hepatitis C patients with compensated cirrhosis, lack of SVR was the strongest predictor of liver cancer. Among people who achieved SVR, age over 50 years, heavy alcohol use and biomarkers of impaired liver function also predicted HCC.

Hamish Innes of Glasgow Caledonian University in Scotland and colleagues found that the risk of HCC following SVR was associated with baseline patient risk factors, but not use of DAAs. In a multivariate analysis, HCC risk was similar for patients treated with DAAs or interferon.

A Chinese study presented by George Lau of the Hong Kong Humanity and Health Hepatitis C Diagnosis and Treatment Centre in Beijing saw no increased HCC incidence among people cured with DAAs compared to interferon. And Vincenza Calvaruso of the University of Palermo in Sicily likewise reported similar HCC risk in people treated with DAAs or interferon. Finally, a Japanese study by Masaaki Korenaga of Kohnodai Hospital in Chiba, Japan, and colleagues found a lower incidence of liver cancer among people treated with DAAs.

These new studies were not part of Dore's meta-analysis, and their inclusion would likely strengthen his conclusion that the risk of HCC does not increase after treatment with DAAs.

Turning to the mechanisms underlying the development of liver cancer, Thomas Baumert of the University of Strasbourg in France reported findings from a laboratory study showing that epigenetic and transcriptional changes that occur in the liver during HCV infection are only partially reversed by DAAs and persist after SVR.

Colombo explained that histone proteins act as a kind of 'glue' that holds molecules together and protects genetic material during cell replication. HCV appears to disrupt the histones, making DNA more susceptible to changes that can trigger development of cancer.

Taken together, these study findings underscore the need for ongoing liver cancer monitoring for people who had cirrhosis before starting hepatitis C treatment – even after they are cured – and supports early DAA treatment before people develop advanced liver disease.

“The best HCC prevention strategy and best way to reduce mortality is to scale-up DAA therapy as broadly and rapidly as you can,” Dore concluded.