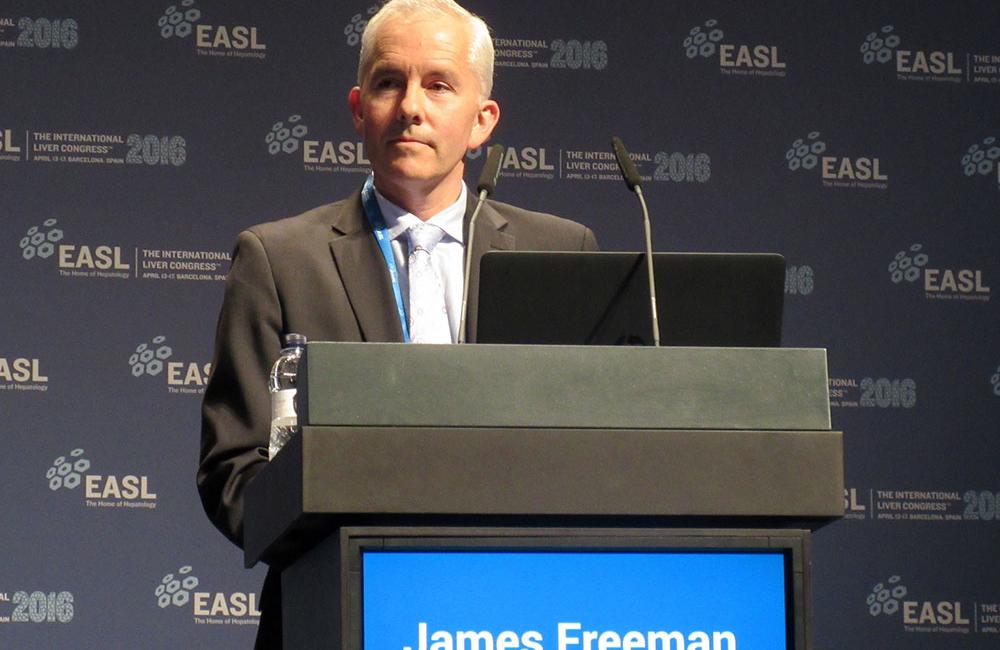 Generic versions of direct-acting antivirals purchased from China and India by people unable to obtain treatment in their own countries were just as effective and safe as the branded products, a study of 139 patients monitored by Australian doctor James Freeman has shown. The findings were presented in a late-breaking research session at the International Liver Congress in Barcelona on Saturday.

The high cost of branded direct-acting antivirals has led to rationing of treatment, slow drug approvals and refusal of insurance coverage in many countries. People unable to obtain hepatitis C treatment through existing health care have turned in desperation to the FixHepC buyer’s club for help in obtaining generic versions of sofosbuvir, sofosbuvir/ledipasvir and daclatasvir.

Importation of medicines for personal use is permitted under customs regulations in Australia and the United Kingdom, and many other countries have regulations permitting the importation of small amounts of medicines for personal use or their carriage through customs in personal luggage. The FixHepC buyer’s club provided advice and information on how to do this safely and legally, starting in Australia, but soon responding to enquiries from people in Europe, North America, New Zealand and South East Asia.

Dr James Freeman, a doctor based in Hobart, Tasmania, started to take an interest in how to treat patients safely with generic direct-acting antivirals after a patient came to him and asked for advice on how to import and use active pharmaceutical ingredients, obtained from Chinese manufacturers, to treat hepatitis C. Dr Freeman arranged to have them tested to ensure that they were indeed active drug, and to have the chemicals compounded into pills in Australia. The FixHepC buyer’s club was born.

Product obtained from China and subsequently formulated into pills was tested by nuclear magnetic resonance spectrometry, a technique used in pharmaceutical manufacturing to measure the quantity of active pharmaceutical ingredient in a pill. All products contained active drug in the expected quantities.

After generic products became available from manufacturers in Bangladesh and India the buyer’s club discouraged imports from China and began arranging for individuals who wanted to obtain direct-acting antivirals to buy products from reputable suppliers in India, in order to reduce risks in the supply chain.

Treatment used in this study cost between US$1400 and $1600 for a course of medication, compared to a cost of up to $84,000 for sofosbuvir (Sovaldi) and $94,500 for sofosbuvir/ledipasvir (Harvoni) in the United States. Prices of generic products manufactured in India are likely to fall, possibly as low as $200 per course of treatment, as production increases.

The findings presented at the International Liver Congress are virologic response data four weeks after completion of treatment for the first patients without decompensated cirrhosis who obtained generic products with the support of the FixHepC buyer’s club and who were monitored through the Australian gp2u.com.au telemedicine platform. Virological monitoring was carried out by the patients’ own doctors.

Virological monitoring during treatment showed that viral load changes closely resembled those reported in clinical trials of the combinations used by patients. SVR4 data are available for 139 patients who have completed treatment and undergone viral load testing four weeks after completing treatment.

One case of viral breakthrough during treatment occurred. Four deaths occurred during the study, all due to hepatocellular carcinoma. The remaining virological failures were virologic relapses after the completion of treatment.

No previously unreported side-effects were observed. Headache, nausea and fatigue were the most commonly reported adverse events. Three patients with compensated cirrhosis temporarily decompensated after treatment initiation but continued their courses of treatment.

Further studies are underway to generate more information on the use of generic products in the full range of genotypes found worldwide. “It won’t be long before the [size of the] datasets for generics surpass those produced by companies,” said Dr Freeman.

He warned that anyone seeking to obtain medication from generic producers should look for reputable manufacturers and should be monitored by a doctor. The FixHepC website contains details of how to identify reputable suppliers, how to import medicines legally into Australia, the United Kingdom and New Zealand, and details of how to join the REDEMPTION cohort study.

The findings were greeted positively by the European Association for the Study of the Liver (EASL), the organiser of the International Liver Congress.

“There is a clear role for generic treatments such as these for people with hepatitis C across the world. The implications of increased availability of these drugs could be enormous, presenting more people with the possibility of a ‘cure’ for what is often a debilitating condition,” said Professor Laurent Castera, EASL Secretary General.