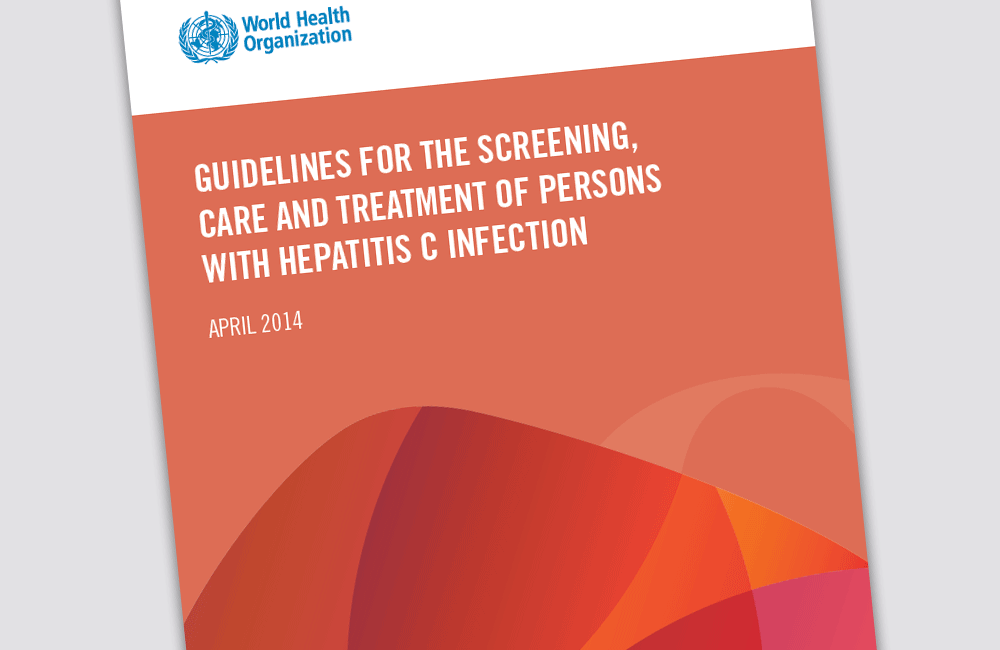 The World Health Organization has issued global treatment guidelines for hepatitis C, strongly recommending the use of the new direct-acting antivirals sofosbuvir (Sovaldi) with ribavirin for genotypes 1, 2, 3 and 4 or simeprevir (Olysio) with pegylated interferon and ribavirin for genotype 1 infection.

The guidelines also make a strong recommendation that everyone in a population with a high prevalence of hepatitis C should be offered an antibody test for hepatitis C, as should people with a previous risk of exposure to hepatitis C.

Approximately 150 million to 180 million people are estimated to be infected with hepatitis C worldwide. The majority live in Asia and Africa, where access to new drugs for treatment of hepatitis C, and diagnostic and monitoring tests, remains extremely limited due to cost.

The guidelines state that treatment with the first generation of direct-acting antivirals, telaprevir (Incivo) and boceprevir (Victrelis) is 'suggested' in preference to pegylated interferon and ribavirin alone, but the guidelines note that these antivirals are only active against genotype 1, and that there is an increased risk of serious side-effects when they are used.

WHO finalised its recommendations before price information became available for countries outside the United States. Although a 12-week course of sofosbuvir costs $84,000 in the United States, manufacturer Gilead Sciences has recently negotiated a price of approximately $1200 for a 12-week treatment course with the Egyptian government.

Gilead Sciences is seeking to negotiate voluntary licences that will allow Indian pharmaceutical companies to manufacture sofosbuvir and sell the drug in around 60 lower-income countries in Africa and Asia for approximately $2000 for a 12-week course of treatment.

Stefan Wiktor, head of the WHO hepatitis programme, told Reuters: “I hope these guidelines will help to promote a reduction in price and thereby an increase in access.”

However, modelling by Dr Andrew Hill of Liverpool University suggests that a combination of licensing to Indian manufacturers and bulk purchasing could drive down the cost of some forms of hepatitis C treatment to $200 per treatment course within a few years.

Treatment at this price would enable large-scale treatment of hepatitis C in many countries if governments are prepared to commit resources. The alternative will be a growing burden of liver cancer and other forms of liver disease, as well as high levels of ongoing transmission of hepatitis C.

WHO will update its treatment recommendations regularly as new drugs are approved.

WHO strongly recommends that everyone diagnosed with hepatitis C should undergo an assessment of alcohol intake, and all patients with a moderate to high intake of alcohol should be offered a behavioural alcohol reduction intervention, with the aim of minimising accelerated liver damage caused by alcohol in people with hepatitis C.

The guidelines make no recommendation about who should be prioritised for hepatitis C treatment. But, in order to assess liver damage, the guidelines recommend that in resource-limited settings the aminotransferase/platelet ratio index (APRI) or FIB4 tests be used for the assessment of hepatic fibrosis rather than other non-invasive tests that require more resources such as elastography or Fibrotest.