Skip to main content
Exposure to HIV through medical procedures

Needlestick injuries, discarded needles and the risk of HIV transmission 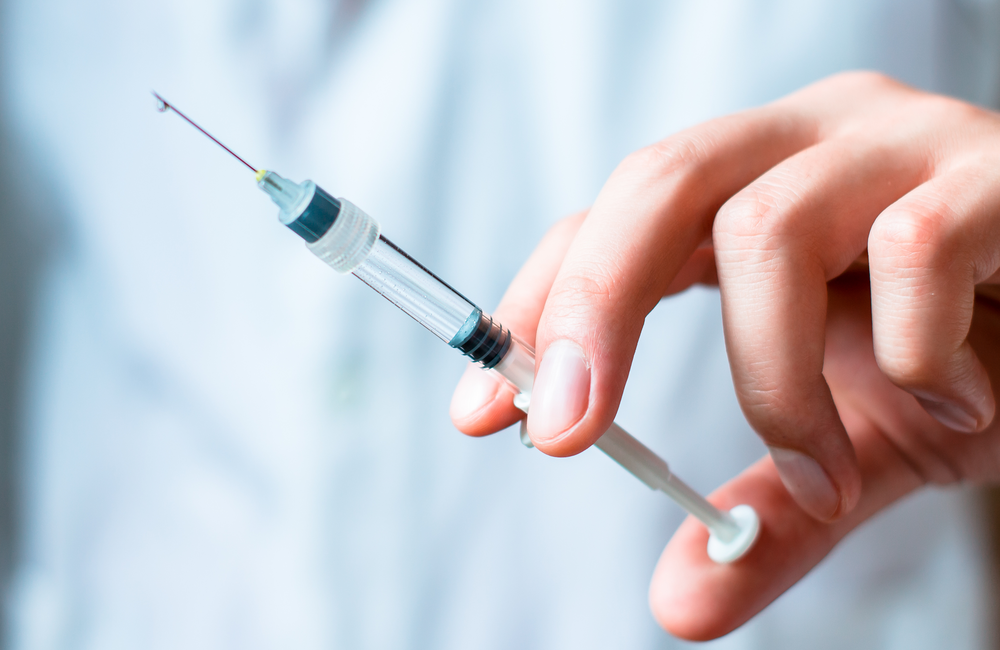 A needlestick or sharps injury is the penetration of the skin by a needle or other sharp object (such as a syringe, scalpel or broken glass), which has been in contact with blood, tissue or other body fluids before the exposure.

Needlestick injuries are most like to happen among healthcare workers who are accidentally exposed to infected blood (occupational exposure). It is estimated that around three million such needlestick injuries take place globally each year, including one million in Europe, although not all such injuries are reported. As described below, documented cases of HIV infection following an injury are extremely rare.

Injuries from discarded needles in the community (non-occupational exposure) are less common and infections rare. There have been no documented cases of HIV infection through contact with needles in this way.

Blood-borne viruses that could potentially be transmitted this way include hepatitis B and hepatitis C, as well as HIV. The risk of transmission following a skin puncture injury is dependent on whether the person who previously used the object had an infection, the level of virus in their blood, the amount of blood involved, the type of needle or syringe in question, the time that has elapsed since it was used, and the nature of the injury.

Following known exposure to HIV, post-exposure prophylaxis (PEP) should be considered. PEP is known to be over 80% effective in preventing HIV from needlestick injuries. A different form of PEP, to protect against hepatitis B, is also available.

How many cases of HIV have resulted from occupational needlestick injuries?

In the US, there were a total of 58 cases of confirmed occupational transmission of HIV to healthcare workers up to 2013, with only one since 1999. In the UK, there have only ever been five definite cases of HIV infection following a needlestick injury in a healthcare setting, and none reported in the past 20 years. The number of cases of HIV acquisition following an accidental needlestick injury globally is thought to be around 100 people in total.

Between 2004 and 2013, a total of 1478 healthcare workers were reported as having been exposed to patient blood containing HIV in the UK. Three-quarters of these took PEP, and almost all did so within 24 hours, with no HIV infections as a result.

What is the risk from needlestick injuries in healthcare settings?

The risk of transmission from a needlestick involving HIV-containing blood has been estimated at 0.23%, or just over one in 500. However, the reviews of transmission probability upon which this calculation is based date predominantly from the 1980s and 1990s, before the wide-scale introduction of antiretroviral therapy. Due to the effectiveness of HIV treatment, the blood of someone living with HIV in the UK could well have no detectable virus (Undetectable equals untransmittable, U=U), lowering that risk even further. In UK guidelines, PEP is therefore no longer recommended following occupational exposure to a source with an undetectable viral load.

The greatest risk to healthcare workers of acquiring HIV is following a skin puncture injury involving a hollow needle that has been in the vein or artery of an HIV-positive person who has late-stage disease and a high viral load. The European Union Sharps Directive of 2013 stipulates measures to protect healthcare personnel.

The risks of acquiring other blood-borne viruses from a contaminated needle are considerably higher than for HIV (6-30% for hepatitis B and 1.8% for hepatitis C). For this reason, healthcare workers are recommended to have the hepatitis B vaccination, although no vaccine is available for hepatitis C.

If you are travelling to a region with basic healthcare facilities, you may want to carry a medical kit with sterilised syringes and needles for personal use.

What is the HIV risk from discarded needles?

When people who use drugs or others leave used needles or syringes in public places, this can often lead to anxieties and concerns about the risk of HIV transmission. In parks, play areas, beaches, public toilets or streets, people may step on discarded needles or children may handle them. Waste workers are also at risk of coming into contact with discarded needles.

Thanks to needle exchange programmes, there is a very low level of HIV among people who inject drugs in the UK. While HIV transmission from a discarded needle is theoretically possible, needles found in the community are much less likely to result in infection than those in healthcare settings as they have been exposed to the environment and the injuries are usually superficial. HIV is a fragile virus that cannot survive when it is dried out. The virus is more likely to survive when there are lower temperatures, greater volumes of blood and within larger syringes.

In 2015, a review of the 1500 reported global cases of needlestick injuries found only five cases of resulting blood-borne viral infections, all of which were hepatitis B or C.

"There are no documented cases of HIV infection through contact with a needle or syringe discarded in a public place."

The two cases of hepatitis B known to have resulted from discarded needles were both in unvaccinated people who did not receive adequate treatment after their exposure. In 2011, a case of acute hepatitis B infection in an adult two months after a discarded needlestick injury was reported in Australia. In the 1990s, a case of presumed acute hepatitis B infection was reported in a 4-year-old boy in Spain who had been pricked by a needle left by a neighbour known to have HIV and hepatitis B.

There have been three reported cases of hepatitis C in adults following needlestick injuries in the community. In 2005, a Spanish case in a 64-year-old woman was reported. She was given PEP and hepatitis B vaccination, but presented three months later with hepatitis C and received treatment. The other two cases were in Australia, one of whom received no medical attention after the injury.

There are no documented cases of HIV infection through contact with a needle or syringe discarded in a public place.

What to do after a needlestick injury

If you pierce or puncture your skin with a used needle, follow this first aid advice immediately:

You should also seek urgent medical advice to assess your need for PEP or other treatment to reduce the risk of getting an infection.

CDC. Updated Guidelines for Antiretroviral Postexposure Prophylaxis After Sexual, Injection Drug Use, or Other Nonoccupational Exposure to HIV, 2016

Next review date
This page was last reviewed in June 2019. It is due for review in June 2022.
Related topics
Exposure to HIV through medical procedures
Transmission & prevention
Facebook
Twitter
LinkedIn
Print
Subscribe to emails & news feeds