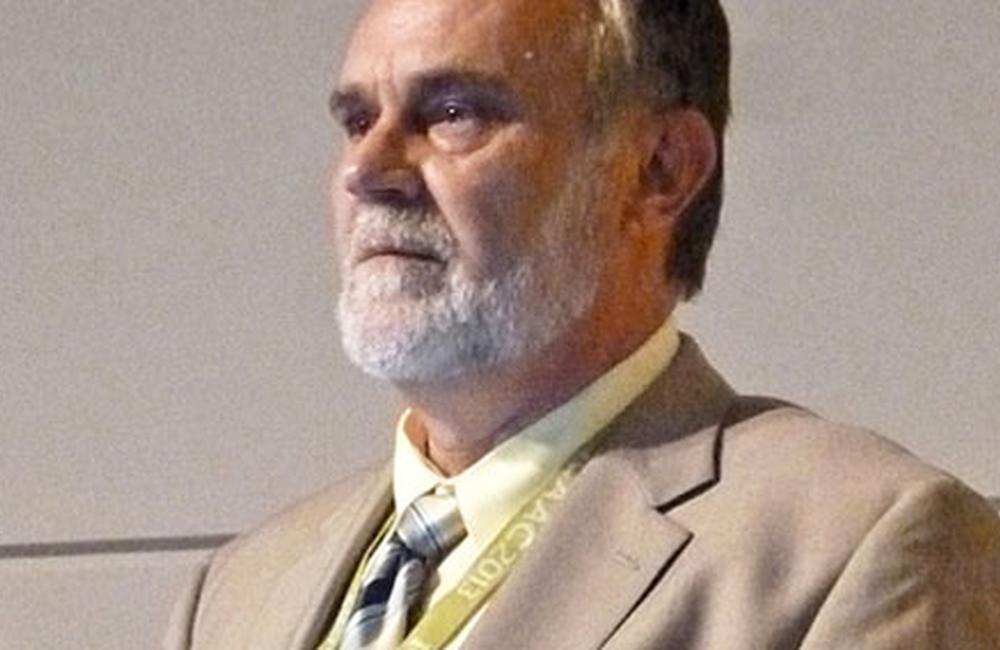 James Smith, from US Centers for Disease Control and Prevention, presenting at ICAAC 2013.
This article is more than 9 years old. Click here for more recent articles on this topic

An intravaginal ring containing tenofovir protected all but one macaque monkey given hormonal contraceptives and repeatedly exposed to a hybrid human/simian virus similar to HIV, according to a late-breaker presentation at the 53rd Interscience Conference on Antimicrobial Agents and Chemotherapy (ICAAC) this month in Denver.

The field of biomedical HIV prevention has seen major advances in recent years. A number of studies have shown that pre-exposure prophylaxis (PrEP) using oral tenofovir or Truvada (tenofovir/emtricitabine) can dramatically reduce the risk of HIV infection in various populations, but it only works with good adherence.

Researchers are therefore exploring other delivery methods that might be more convenient than daily pills. The CAPRISA 004 trial showed that a 1% tenofovir gel applied before and after sex decreased HIV acquisition by about 40% overall. Risk of infection was significantly reduced if the tenofovir concentration in cervical-vaginal fluid exceeded 1000 ng/ml.

Related to or affecting monkeys.

Another approach uses a hollow urethane intravaginal ring containing tenofovir disoproxil fumarate (TDF) powder and sodium chloride. Vaginal fluid is absorbed into the ring, forms a solution with tenofovir and the drug then flows back out.

In an earlier study presented at this year's Conference on Retroviruses and Opportunistic Infections (CROI), researchers with the US Centers for Disease Control and Prevention (CDC) tested the tenofovir vaginal ring in female pigtail macaques, a species that has regular menstrual cycles, like humans, rather than seasonal fertility.

In that analysis, six macaques were fitted with intravaginal rings containing 120mg TDF. Six control monkeys did not receive rings and the researchers also looked at six historical control animals. The macaques were subject to 16 weekly vaginal exposures to a CCR5-tropic human/simian hybrid virus designated SHIV162p3. The first exposure occurred six days after the first vaginal ring was inserted and rings were exchanged every four weeks.

The ring produced intracellular levels of tenofovir diphosphate in lymphocytes similar to those obtained using a 30mg dose of tenofovir gel. Drug concentrations in vaginal fluid reached levels thought to be protective based on prior studies.

The intravaginal ring fully protected macaques from SHIV infection throughout the 16 weeks. In contrast, eleven of the twelve untreated control animals became infected by the end of the study, after a median of four exposures.

In the latest analysis, James Smith from the CDC and colleagues aimed to determine whether the tenofovir vaginal ring remains protective in the presence of high-dose hormonal contraception.

Many women at risk for HIV use hormonal contraceptives such as the long-lasting injectable depot medroxyprogesterone (DMPA or Depo-Provera). Though data have been conflicting, some evidence suggests hormonal contraception may make women more susceptible to HIV infection, possibly by thinning the vaginal epithelium, suppressing progesterone or prolonging the luteal phase of the menstrual cycle. Researchers want to ensure that PrEP does not interact with contraceptives in any unexpected or harmful ways.

In this analysis, six macaques were fitted with tenofovir intravaginal rings and six with placebo rings. All monkeys received 30mg DMPA by intramuscular injection every six weeks. Smith noted that this is a higher dose than women use for contraception. The macaques were subject to twelve SHIV exposures, with the first occurring four weeks after DMPA administration and one week after insertion of the first vaginal ring. Rings were exchanged every four weeks, two days after virus exposures.

Looking at the control animals, those receiving DMPA were infected after a median of two SHIV exposures, compared with a median four exposures in the earlier analysis without DMPA, but the difference did not reach statistical significance.

Again, the tenofovir ring provided protection against infection. One macaque became infected at week 8, for an efficacy rate of 83%. All six macaques with placebo rings were infected. Among infected animals, the viral load set-point was higher in those receiving DMPA.

They added that the mechanism for the single breakthrough infection is unknown, as that macaque had high tenofovir levels and no apparent inflammation; further analysis is underway.

"With PrEP, adherence is everything," Smith said. "With many routes of administration, the more choices you give women. The more options that will fit their lifestyle, the better adherence is going to be."

He noted that adherence was an issue even in the animal study, as one macaque repeatedly removed her ring and was replaced with a more compliant animal.

A phase 1 clinical trial of this vaginal ring in women is schedule to start by the end of 2013, James said.