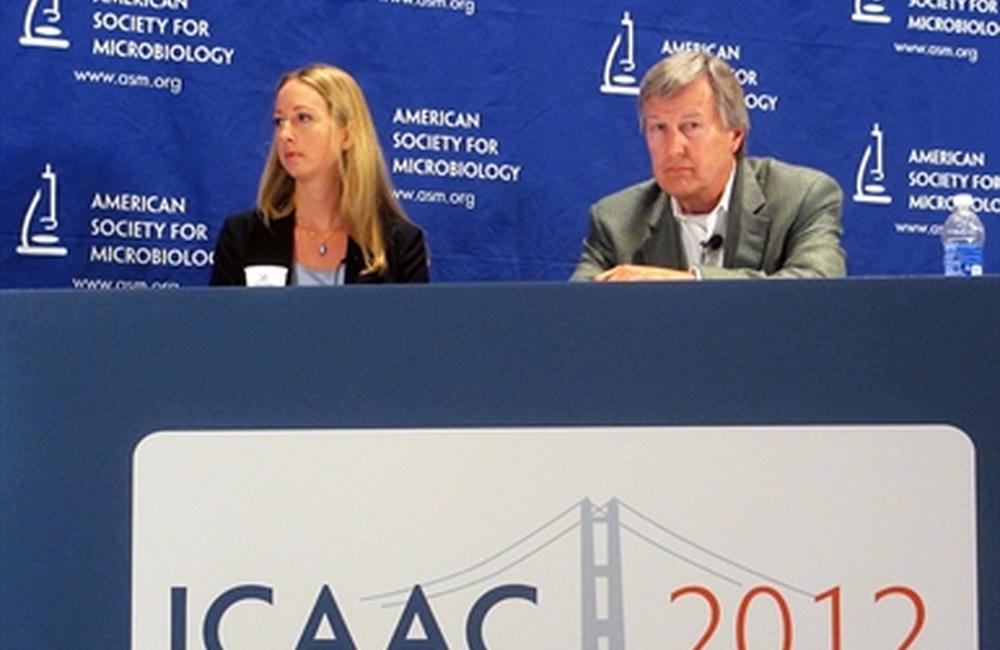 People with HIV had heart attacks at a younger age than HIV-negative individuals and were about 50% more likely to die after an acute myocardial infarction, according to a study presented yesterday at the 52nd Interscience Conference on Antimicrobial Agents and Chemotherapy (ICAAC) in San Francisco. A related analysis found that HIV-positive people received coronary catheterisation at a later stage, after they had more advanced heart damage.

Several studies have shown that people with HIV are at increased risk for cardiovascular disease, though it is not yet clear whether this is due to persistent viral infection, resulting immune activation and inflammation, side-effects of antiretroviral therapy, traditional risk factors or some combination of these factors.

Inflammation and metabolic changes can contribute to atherosclerosis, a process in which artery walls thicken and lose their elasticity. Over time, this leads to impaired blood flow to the heart and brain, which can result in a heart attack or stroke. Various procedures may be used to open blocked vessels, but outcomes are better if these procedures are done early.

Daniel Pearce from Loma Linda University in California, and colleagues, compared outcomes between HIV-positive and HIV-negative people hospitalised for acute myocardial infarction. They used data from the Nationwide Inpatient Sample collected from 1997 through to 2006, which approximates a 20% sample of all US hospitalisations.

Occurs when the walls of the coronary arteries become narrowed by a gradual fatty build-up. Heart attack and angina are main symptoms.

The analysis included nearly 1.5 million adult participants who spent at least one day in hospital after acute myocardial infarction; 5984 of them were HIV-positive. Most were white men age 55 or older with private health insurance. Co-morbidities were common, including hypertension (51%), diabetes (24%), congestive heart failure (20%) and chronic pulmonary disease (16%).

The in-hospital mortality rate after myocardial infarction was 4.3% for people with HIV, compared with 2.4% for HIV-negative participants. In addition to HIV status, male sex, older age and greater co-morbidity were also significant predictors of death.

HIV-positive people had a significant 43% higher likelihood of death after hospitalisation for myocardial infarction compared with HIV-negative people. After adjusting for sex, age and race/ethnicity, people with HIV had 64% higher mortality. Adjusting for both demographic and clinical factors, people with HIV remained at 53% higher risk.

People with HIV had more co-morbidity than HIV negative participants, both overall and for specific conditions, including congestive heart failure (26 vs 20%), kidney disease (13 vs 5%) and mild liver disease (8 vs 1%). However, most other major cardiac and metabolic risk factors – such as hypertension, diabetes, elevated cholesterol and smoking – were less common among people with HIV.

"A significant additional mortality burden exists" for HIV-positive people receiving in-hospital care for acute myocardial infarction, the researchers concluded, and this group has "significantly lower rates" for the most common in-hospital procedures.

Greater risk of acute myocardial infarction and resulting death in people with HIV may be due to direct pathological effects of HIV, including endothelial inflammation and irritation, platelet dysfunction, activation of pro-inflammatory cytokines, and thrombosis (clotting), they suggested.

Considering other factors that might play a role, they noted that HIV-positive people as a group are more likely to be drug or alcohol users and are of lower socioeconomic status. However, controlling for these factors did not significantly change the disparity in mortality.

At an ICAAC media briefing, Pearce suggest that maybe HIV is a "hotter" risk factor than smoking, family history and other traditional factors. He added that clinicians managing people with HIV should be more alert for early symptoms such as chest pain, which might not normally raise an alarm in young patients.

In the second study, Christie Kaiser and Charles Hicks and colleagues at Duke University Medical Center and the University of North Carolina compared characteristics of HIV-positive and HIV-negative individuals undergoing first-time coronary catheterisation. This procedure involves threading a catheter through the blood vessels supplying the heart to diagnose (and sometimes treat) blockages. It is often done when people experience chest pain or have suspected coronary artery disease.

This retrospective analysis included 96 HIV-positive people seen at HIV specialist clinics between January 1996 and March 2012. They were matched with 41 HIV-negative people of the same sex, age and socioeconomic status. All participants were in established care (at least three visits) and did not have a pre-existing cardiovascular disease diagnosis.

As in Pearce's study, end-stage kidney disease was more common among HIV positive patients (15 vs 0%), but diabetes was more common in the HIV negative group (23 vs 42%). Rates of hypertension, elevated cholesterol and other traditional cardiovascular risk factors were similar in both groups. In contrast with Pearce's findings – but agreeing with most other studies – people with HIV were more likely to be smokers (51 vs 37%) and they were more likely to use cocaine (17 vs 10%).

More HIV-positive people than HIV-negative people had "significant" coronary artery disease – defined as at least 50% blockage of one or more major blood vessels – at the time of catheterisation (63 vs 54%), but the difference did not reach statistical significance.

People with HIV were significantly more likely than HIV-negative control patients to undergo cardiac catheterisation on an urgent basis due to unstable angina or myocardial infarction (54 vs 34%). But subsequent clinical management after catheterisation, including bypass surgery (18 vs 23%) and stent placement (52 vs 46%), was the same in both groups.

"Significant coronary artery disease was common in HIV positive patients going for [catheterisation] despite the young median age of 49 years," the researchers concluded.

At the media briefing, Hicks said that it was difficult to find enough matching HIV-negative people who underwent catheterisation at such a young age because of suspected coronary artery disease.

Kaiser added that it was also difficult to find matched HIV-negative people who were plugged into care; the team had had to exclude 75% of potential participants because they were not in established care. "Young men of low socioeconomic class don’t go to the doctor," she said, adding that being HIV positive might provide an entry into care for other conditions.

"The rates of cardiac stent placement and use [of] cardiac bypass surgery were nearly identical between those with HIV infection and the control population, implying that provider bias against aggressively treating HIV-infected individuals was not an issue," the researchers summarised in an ICAAC press release. "Instead, we suspect that specialist health care providers caring for HIV-infected patients are less experienced than primary care providers at recognizing and treating cardiac risk factors and coronary artery disease."

Hicks suggested that either HIV specialist doctors could become more broadly educated about general medicine, or perhaps many HIV patients could be followed by a generalist for primary care, only going back to specialists when they have HIV-related issues.

"We don't want to be using these tools after heart damage is already done," he cautioned.

The risk for hypertension among adults with perinatal HIV infection does not appear to be increased by most traditional or HIV-related risk factors, according to results of a study published in HIV Medicine.
Infectious Disease Advisor
18 Nov 21
Cardiovascular disease

More Than Half of People Living With HIV Have Coronary Plaque

More than half of people living with HIV and suppressed viral loads nonetheless had imaging-confirmed coronary artery disease — and despite longtime use of HIV drugs that have been associated with cardiovascular trouble, none of those drugs were implicated in disease risk in this study.
Medscape (requires free registration)
8 Nov 21
Cardiovascular disease