Exercise reduces symptoms of depression and anxiety in people living with HIV, according to the results of a meta-analysis published in the Journal of Psychosomatic Research. The research additionally showed that aerobic exercise, training at least three times a week and exercising under professional supervision had the greatest benefits.

The investigators believe that their findings are of immediate clinical relevance and that exercise can be recommended for people with HIV. But they do not regard their results as definitive, and believe that large studies are needed to fully determine the type and intensity of exercise that is most beneficial for individuals with HIV and anxiety or depression.

When the estimate from a study differs systematically from the true state of affairs because of a feature of the design or conduct of the study.

The prevalence of anxiety and depression is estimated to be between two- and four-fold higher among HIV-positive adults than their age- and sex-matched HIV-negative peers.  The beneficial effects of exercise for the alleviation of symptoms of anxiety and depression in the general population is well recognised. A similar effect has been observed in small studies involving people living with HIV.

Dr Andreas Heissel of the University of Potsdam and colleagues wanted to expand on these studies. They therefore conducted a meta-analysis to synthesise the findings of research exploring the benefits of exercise for depression and anxiety in adults with HIV. They limited their analysis to randomised-controlled studies comparing individuals who exercised and those who did not. To be included, studies were required to include a post-intervention assessment of symptoms of depression or anxiety.

A literature review identified ten eligible studies. These were published between 1990 and 2018 and involved a total of 479 individuals. Just under half of participants were female. At baseline, participants did not necessarily have mental health symptoms or a diagnosis. The studies were conducted in a wide range of geographical settings, including sub-Saharan Africa, India, the US, Iran and Germany.

Eight of the studies examined the impact of traditional types of aerobic and resistance training, with two evaluating yoga. The duration of the exercise intervention lasted ranged from four to 12 weeks. The frequency of training was between two and six sessions per week, with sessions lasting between 45 and 75 minutes. In five of the studies, exercise was supervised by a professional such as a personal trainer, physiotherapist or yoga trainer.

Use of antiretroviral therapy was reported in six studies and data on antidepressant use were provided for two. The studies had a high retention rate and overall 90% of participants completed follow-up.

Nine of the studies reported on depression with five analysing anxiety. The methodology of five of the studies was assessed as high quality, the others as low quality with a high risk of bias in their findings.

Of the nine studies looking at depression, five were assessed as high quality. Overall, the results showed that exercise had a highly significant effect on depressive symptoms compared to the control group (p = 0.002).

Only two of the five anxiety studies were rated as having high-quality methodology. Once again, the aggregated results showed a positive effect, with symptoms of anxiety significantly reduced in the intervention group compared to the controls (p = 0.004).

Sub-analyses were only possible for the studies examining depression. These secondary analyses showed that aerobic exercise, training at least three times a week, and supervised exercise had the greatest impact on depressive symptoms. 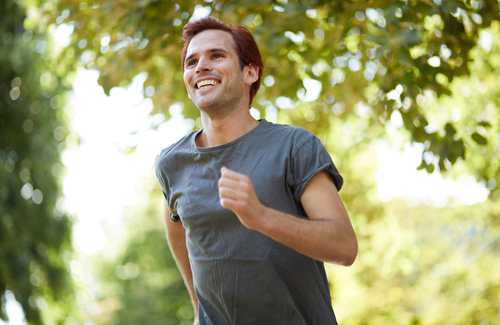 Find out more: Exercise and HIV

The authors believe their findings can help guide the care of people with HIV, commenting: “This meta-analysis showed the benefits of performing exercise for reducing depressive and anxiety symptoms well beyond the well investigated benefits for general health in people living with HIV.”

Heissel and his colleagues also note that their findings have highlighted a number of research gaps. These include the impact of exercise according to gender and age, as well as the competency and empathy of individuals supervising training. Overall, they call for the design of larger studies with robust methodology.

Moving Better With Chronic Pain May Depend on Leg Strength

"We tried to understand the common barriers to physical activity for this population—what makes it hard? What would make it easier to incorporate into their lifestyle?" says Jemmott. "For example, many of them are in poor physical shape, so we showed them exercises they could do while sitting in a chair."
Medical Xpress
13 Dec 21
Exercise

Resistance Training Could Improve Health for Older Adults With HIV

Margaret Danilovich, Ph.D., D.P.T., shares the latest knowledge on HIV and aging—and some guidance from her perspective as a physical therapist.
TheBody
19 Oct 20
Neurological & cognitive problems

Physical activity may protect against cognitive impairment in women living with HIV, according to a recent study published in the Journal of Infectious Disease.
Infectious Disease Advisor
20 Sep 18
More editors' picks