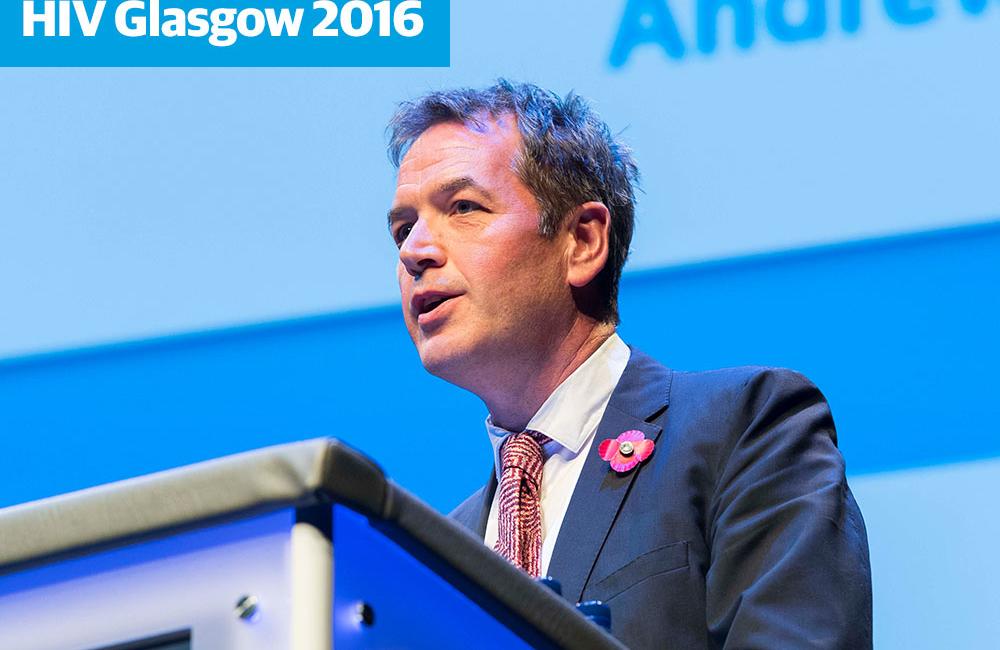 The costs of making drugs to treat viral hepatitis, HIV and tuberculosis (TB) are now so low that each disease could be treated for less than $90, Dr Andrew Hill of St Stephen’s AIDS Trust told the opening plenary of the International Congress on Drug Therapy in HIV Infection (HIV Glasgow) on Sunday in Glasgow.

By the end of 2017 it should be possible to treat HIV for the same price in South Africa and in Europe, but hepatitis C treatment will remain very expensive in higher-income markets, Dr Hill explained, unless pharmaceutical companies agree to lower the prices of direct-acting antivirals in return for agreements on treating larger numbers of patients, as in Australia.

A collapse in the cost of raw materials to manufacture the hepatitis C direct-acting antivirals sofosbuvir and daclatasvir due to economies of scale has driven down the feasible price of profitable manufacture of a 12-week course of treatment to $76 and of sofosbuvir/ledipasvir to $96, Dr Hill told the conference.

Sofosbuvir alone is currently sold by Gilead Sciences for 50,426 euros in Germany, the highest-priced market outside the United States.

Hill’s research group is able to project the lowest-possible manufacturing cost by analysing trends in costs of shipments of active pharmaceutical ingredients (API), the raw material of drug manufacture, in and out of India. By calculating the amount of API needed to make a course of treatment, adding $0.04 per tablet for excipients and tableting and $0.35 for the cost of formulation, and then adding a 10-50% profit margin, the researchers can calculate the minimum price a generic manufacturer could make a drug for.

Dr Hill highlighted the opportunity for reducing the cost of antiretroviral therapy in Europe, North America and Australasia over the next few years as many frequently-prescribed antiretroviral drugs go off patent.

Generic competition and pricing transparency have the potential to drive down treatment costs by 90% – if purchasers are well-informed about the real costs of manufacture.

In 2017 generic versions of emtricitabine and tenofovir will all become available – and generic manufacturers will also be able to sell tenofovir/lamivudine combination pills already widely used in low- and middle-income countries. In most cases the products on sale are already prequalified by the World Health Organization or the US Food and Drug Administration for purchase by the Global Fund to Fight AIDS or the US President’s Emergency Plan for AIDS Relief (PEPFAR), and have passed stringent regulatory tests, ensuring rapid approval for developed world markets.

In 2018 atazanavir/ritonavir will become available as a generic and in 2019 darunavir will go off patent, allowing it to be co-formulated with generic ritonavir as a boosting agent.

But, said Dr Hill, few policy-makers or purchasers of antiretroviral drugs in Europe know just how cheaply antiretroviral drugs can be manufactured, or are aware of the opportunities for profiteering by unscrupulous owners of generic products. He highlighted a recent investigation in the United Kingdom revealing overcharging up to 1000% by one generic manufacturer as an example of the risk faced by purchasers – such as the individual National Health Service (NHS) hospitals responsible for drug purchasing in many parts of England and Wales – when generic replacements for antiretrovirals begin to appear on the market.

The problem is further exaggerated in the United States where insurers are liable to pay up to four times the price paid by the UK’s NHS for branded antiretrovirals. In 2016 the US list price for a year’s prescription of Truvada was $21,120. The United Kingdom list price for Truvada was $5553. In both cases discounts may apply. A generic tenofovir/emtricitabine pill is currently available for $67 a year for purchase by low- and middle-income countries.

“Few national health services know these costs. We need a lot more pricing transparency, which will have a cascade effect across therapeutic areas,” he said.

Cancer drugs can also be manufactured cheaply and as these come off patent, costs can be driven down. For example, the patent on Gleevec (imatinib) for chronic myeloid leukemia expired in 2016. The current US list price of Gleevec is $146,000, the drug is currently marketed by Indian manufacturers for $803, and could be made for $172. However, the first generic entrant to the US market is charging only 10% below the current price of Gleevec for its formulation of imatinib (see The ASCO Post for more information on what can go wrong when generics enter the marketplace).

He also drew attention to the impact that the arrival of generics might have on the ability of originator companies to negotiate higher prices for innovative products. Whereas companies could argue that the additional value of a product in terms of quality of life, virological superiority or convenience justified a premium compared to existing products, especially previous formulations of the same drug, companies could now be faced with having to justify premium pricing compared to low-cost generic products.

Disease elimination – whether of HIV, viral hepatitis or TB – is only feasible if drugs can be accessed at low prices, within national health budgets, said Dr Hill. Current global targets for elimination of these diseases will not be reached without price reductions, and the availability of a growing range of generic drugs to treat HIV will call into question the prices charged for branded products, he concluded.

Not every international student in Australia is from a rich family. If they are diagnosed with HIV, they would probably have a similar experience to me and not be able to afford medication.
Ending HIV
5 Aug 22
Conference announcements & declarations

Four takeaways from the AIDS 2022 Conference

Russia's war against Ukraine includes a "hidden war against evidence-based medicine" that poses a number of threats on the "health battlefield," said Andriy Klepikov, executive director of the Alliance for Public Health, one of the largest HIV- and TB-focused nongovermental organizations in Ukraine and nearby area.
Medscape (requires free registration)
3 Aug 22
Support issues for children & young people

Despite the increasing availability of adolescent-friendly services, adolescents face barriers to antiretroviral treatment (ART) adherence.
Be In The Know
2 Aug 22
Coronavirus