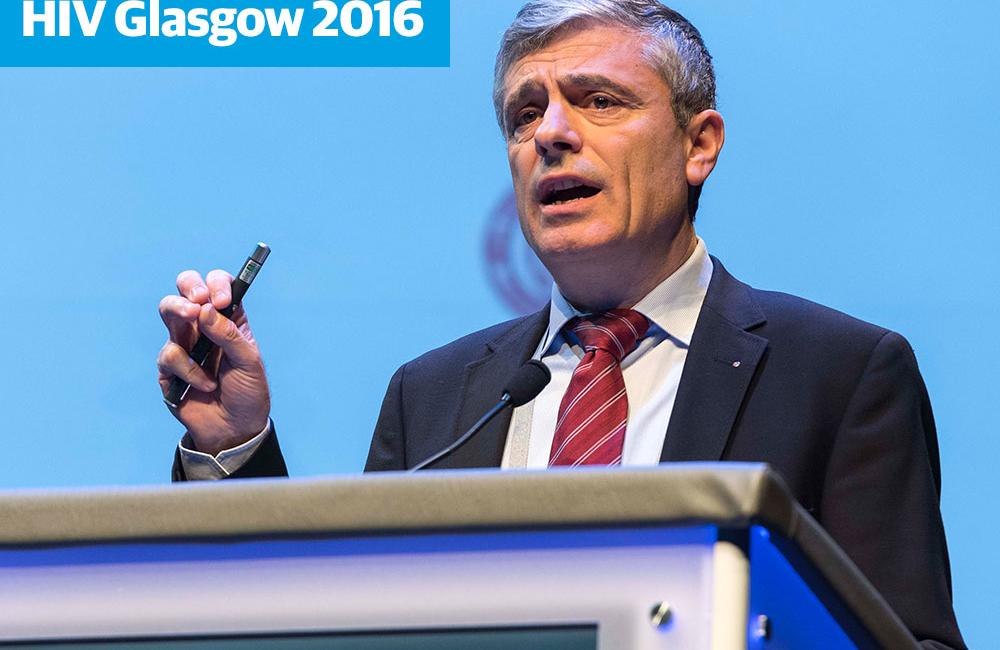 The complexity of the needs of people living with HIV will continue to increase as the population ages, and clinicians need to go beyond thinking about co-morbidities to consider multi-morbidities – clusters of medical conditions which complicate one another – when caring for these people, Dr Edouard Battegay of University Hospital Zurich told the International Congress on Drug Therapy in HIV Infection (HIV Glasgow) on Tuesday.

Following analysis of multi-morbidity in the general population, University of Zurich researchers found that medical conditions tended to cluster into eight groups, and that individuals tended to fall into one of these clusters. For example, they found a strong relationship between dementia, depression and hip fracture, but much less frequent overlap between coronary heart disease and hip fracture and depression. Instead, people suffering from cardiovascular problems tended also to suffer frequently from thyroid dysfunction and chronic obstructive pulmonary disease.

These patterns of clustering indicate which groups of specialists might need to work together more frequently, and who needs to be involved in the care of people with HIV.

Dr Battegay suggested that among people living with HIV, a number of clusters of multi-morbidity present with greater frequency, such as HIV infection, depression and pain, or HIV, depression and non-adherence. HIV and hypertension overlap with cardiovascular disease, and may also overlap with pain. Further research is needed to examine these clusters of multiple morbidity, so as to help in the development of algorithms for the management of multiple morbidity, such as those recently issued by the European AIDS Clinical Society.

Research from France also presented at the conference showed that by the time people living with HIV reach middle age, a high proportion already have complex medical problems requiring multidisciplinary management. The study found that just over half were at high risk for serious kidney disease, 46% were at high or very high risk of a cardiovascular event in the next five years and 56% had hypertension.

Investigators from the Aquitaine regional cohort wanted to establish a clear understanding of the evolving medical needs of HIV-positive patients in the modern antiretroviral therapy era. They therefore analysed cross-sectional data gathered from patients enrolled in the prospective ANRS CO3 Aquitaine cohort to see how the spectrum of health problems observed in HIV-positive patients changed between 2004 and 2014.

However, there was a significant increase in the proportion of patients diagnosed with age-related co-morbidities and taking therapy for these ailments.

Of particular concern, the proportion of patients with a Framingham High Risk score (5-10%) for cardiovascular disease increased from 13.1% to 26.5%, while the proportion with a Framingham score above 10%, indicating a risk of one in ten or more of having a cardiovascular event – either stroke or heart attack – in the next five years had jumped from 5.3% to 19.9%. In other words, one in five of the cohort are now at very high risk of a cardiovascular event, compared to one in twenty ten years ago.

Similarly, the proportion of patients with the highest risk of kidney disease, as measured on the D:A:D renal risk score had risen from 29.9% in 2004 to 50.5% in 2014, indicating the importance of selecting antiretroviral regimens that minimise the risk of further loss of kidney function.

Accelerated Aging in HIV: The Role of ART, Early Testing, and Comorbidities

A study exploring the epigenetics of aging found that HIV may shave years off a person’s lifespan. The reasons why are unclear, but early testing and quick treatment initiation may help offset some of this accelerated aging.
TheBodyPro
25 Jul 22
Ageing & HIV

Fatigue is pervasive in older adults, but when combined with HIV it can have significant effects on cognitive and daily functioning.
Medscape (requires free registration)
1 Jun 22
More editors' picks