Risk of heart attack rises with length of HIV infection, regardless of age 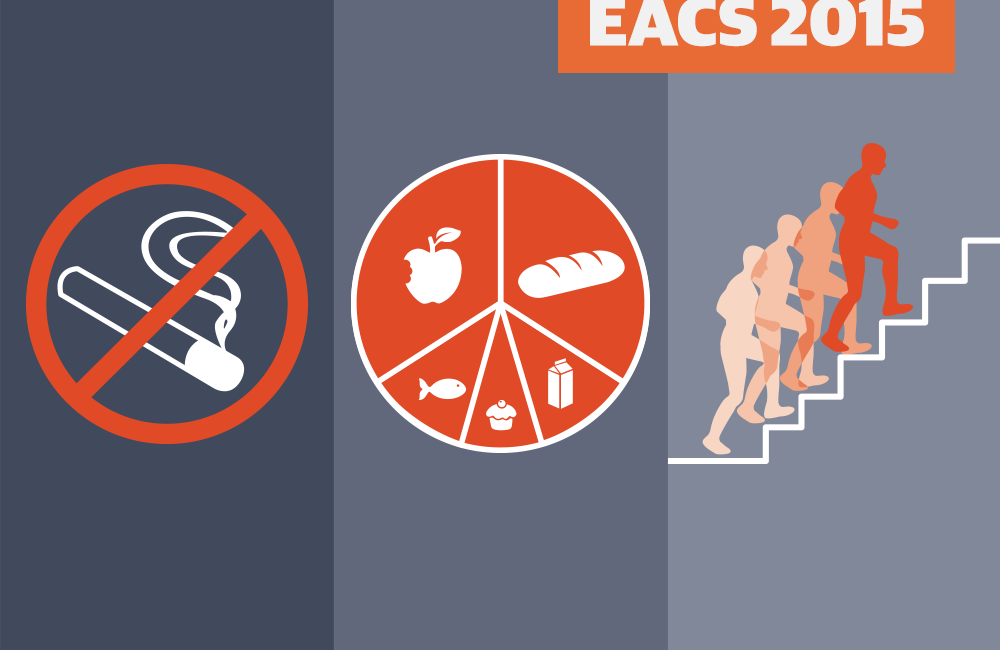 Ten years after becoming infected with HIV, a person living with HIV has approximately twice the risk of heart attack compared to someone who has just acquired HIV, regardless of the age at which they seroconvert, and after taking into account the effects of ageing, an analysis of 18,468 people living with HIV has shown.

The findings were presented at the 15th European AIDS Conference in Barcelona last week.

The duration of HIV infection was one of the strongest predictors of heart attack, and it did not matter whether a person had a fully suppressed viral load or very high viral load. Severe immune suppression did raise the risk however. Having a current CD4 cell count below 100 was associated with an approximate four-fold increase in risk compared with having a CD4 cell count above 100.

The study was designed to determine which factors are most strongly linked with a raised risk of heart attack in people living with HIV, and specifically, how HIV infection might contribute to the risk of heart attack. Previous analyses of the Data Collection on Adverse events of Anti-HIV Drugs (D:A:D) cohort, established in order to analyse the long-term effects of antiretroviral therapy, have suggested that several antiretroviral drugs are associated with an increased risk of heart attack, including abacavir (Ziagen, also in Kivexa), indinavir (Crixivan) and lopinavir/ritonavir (Kaletra).

Although that meta-analysis found an association between HIV infection and a risk of heart attack, it didn’t examine duration of infection, immune suppression, HIV viremia or other factors that have been proposed as possible contributors to a raised risk of heart attack. All these factors might contribute to the burden of inflammation.

Uncontrolled HIV replication causes inflammation, and even when viral load is fully suppressed on treatment, some studies have found evidence of chronic low-level inflammation. Inflammatory chemicals seem to contribute to the process of atherosclerosis – the hardening and narrowing of arteries – that leads up to a heart attack.

The analysis presented at the European AIDS Conference, by Alexandra Lyons of University College London, looked at the association between heart attack and the duration of HIV infection; latest CD4 count and HIV viral load (VL); nadir (lowest-ever) CD4 count; duration of immune-suppression below a CD4 count of 200 cells/mm3, and prior AIDS diagnosis.

The study analysed data from eight cohorts comprising 18,468 people living with HIV in Europe and North America as part of the CASCADE collaboration in EuroCoord, a network which pools data on HIV in order to answer questions about patient outcomes. 80% of participants were male, with a median age of 32 years at the time of infection (interquartile range 26-39).

The eight cohorts accumulated a total of 128,249 person-years (PY) of follow-up on 18,468 people. During this follow-up period a total of 116 people had a heart attack.

An important limitation of this study is that owing to the quality of record-keeping by physicians, it was not possible to distinguish between a first and subsequent heart attack. People who have had a first attack are at higher risk of a subsequent heart attack regardless of any other risk factors, and the inclusion of these cases may have biased the results somewhat.

After adjusting for the effects of age, and exposure to indinavir, lopinavir/ritonavir or current abacavir use, the analysis showed a substantial increase in the risk of heart attack for every ten- year duration of HIV infection.

To put these figures into everyday terms, in a clinic with 1000 patients who had all been living with HIV for at least 15 years, two to three patients could be expected to have a heart attack each year. This rate is in fact fairly low in comparison with some other studies of heart attack risk, and Alexandra Lyons said that it was possible that heart attacks had been under-reported.

The analysis also found that people with current CD4 counts below 100 had a much greater rate of heart attack (4.52 per 1000 person-years) compared to those with higher CD4 cell counts.

Multivariable analysis showed that after adjusting for age, antiretroviral treatment exposure and current and nadir CD4 cell count, each ten years of HIV infection had a similar impact to ten years of ageing on heart attack risk. In other words, a person living with HIV aged 40, infected with HIV for ten years, might have a similar risk of heart attack to a person without HIV aged 50.

She concluded that guidelines for cardiovascular risk management in people living with HIV may need to consider duration of HIV infection as an independent risk factor, and that particular emphasis needs to be placed on addressing risk factors like diet, smoking and exercise in people who have been infected with HIV for a long time, regardless of their age.