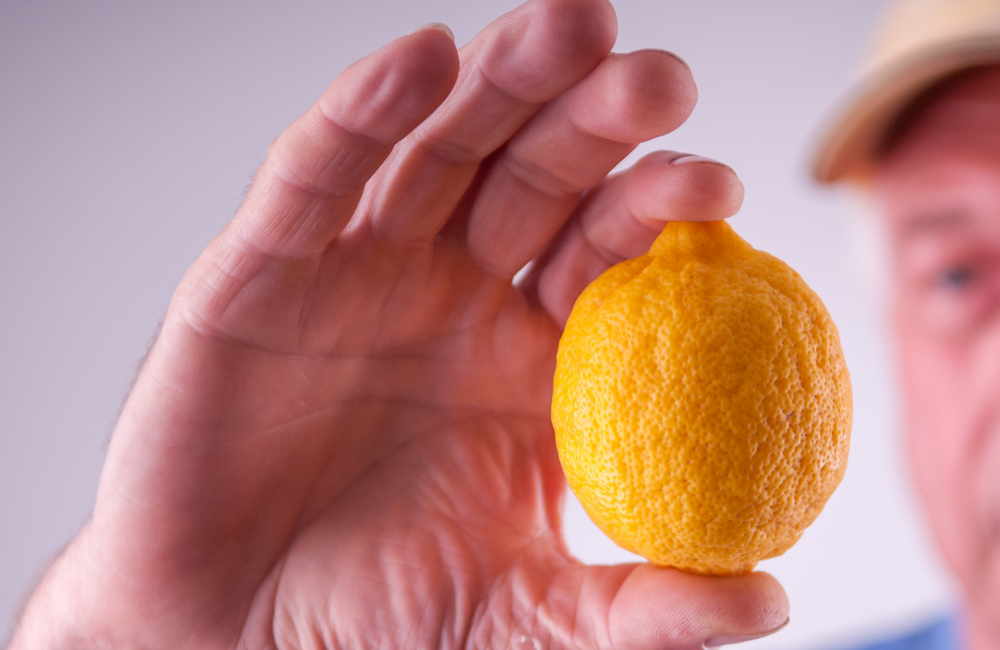 Image: Andrej Andic/Shutterstock.com
This article is more than 20 years old. Click here for more recent articles on this topic

A Melbourne-based researcher, Professor Roger Short, has called at the 9th International Symposium on Spermatology in Cape Town for serious consideration of lemon juice as a possible anti-HIV microbicide.

Short is reported by Melanie Peters in The Independent Online to have said: "We have studied the effects of 10 percent lemon juice on HIV in culture, and it kills the virus very quickly. Similarly, a final concentration of 20 percent lemon juice in a fresh human ejaculate irreversibly immobilises 100 percent of spermatozoa in less than 30 seconds.

"Thus it would be necessary to use only about 1ml of lemon juice in the vagina to inactivate HIV and sperm. One lemon may contain 50ml of juice. Neat lemon juice applied to the vagina, or the penis and foreskin is not in any way painful to the user if no lesions are present."

He suggests that either a sponge, soaked in lemon juice, or a very thin slice of lemon, could be inserted in the vagina before sex. Men could also use lemon-juice as an after-sex wash to prevent HIV infection of the penis.

The basic principle, that acids - such as lemon juice - can inactivate both sperm and HIV, has been known for some years. Indeed, lemon juice was historically used as a contraceptive. However, it is unknown how much damage this did both directly, to the vagina and the interior of the cervix and uterus, and indirectly, through effects on microbes in the vagina.

Current microbicide research does include products - BufferGel and AcidForm -based on the principle of keeping the pH of the vagina low during sex, though the goal has been described as 'acidifying the semen, not acidifying the vagina'. BufferGel is set for full-scale international clinical trials sponsored by the US National Institutes of Health through its HIV Prevention Trials Network.

Lemon juice is inexpensive, is already widely available - with lime juice as an alternative where it is not - and could not be patented. However, there are many unanswered questions which suggest caution before this call is made a part of public health promotion efforts. The experience of nonoxynol-9, widely used as a contraceptive and so rated 'safe', but which turned out to promote HIV infection rather than prevent it, has made microbicide researchers wary of premature adoption of untested products. A study which combined AcidForm and N-9 found that the acid increased the damage done by N-9 to an unacceptable level.

According to Professor Short, research is under way on monkeys, to find out whether lemon juice causes direct damage to mucosal tissues. However, even this would not answer all of the questions that need to be addressed.

For example, how long would any effect last? Which method of applying the juice would be most effective with least risk of harm? What would be the effect on sexually transmitted infections and reproductive tract infections other than HIV, which might increase the risk of HIV infection?

Further information on microbicide development is available on aidsmap.com here and there is also a links page to external information sources here.