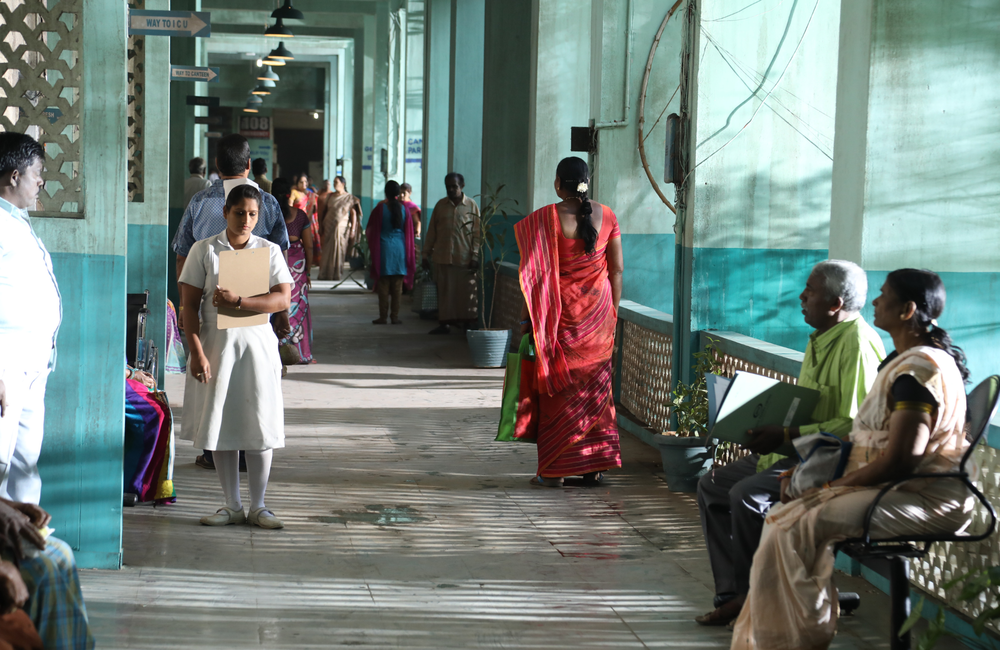 Discrimination against LGBTQIA+ people (lesbian, gay, bisexual, transgender, queer, intersex, asexual, and others) is rampant in healthcare services in India, a recent study has found. Stigma and discrimination against people of different sexual orientations and gender expressions acts as a barrier to accessing healthcare and violates human rights.

In-depth interviews were held with 15 self-identified LGBTQIA+ people who had sought healthcare services in six hospitals in the major cities of Delhi and Mumbai and with 23 cisgender heterosexual employees of those hospitals. In each city, one hospital each in the public, private, and non-profit sector participated.

Although the small sample size could be a limitation, the researchers made an effort to enrol study participants from a diverse spectrum of the LGBTQIA+ community. Around half were gay and lesbian people, and the rest identified as bisexual, asexual, queer, and other gender diversities. Just under half were not cisgender.

The hospital employees interviewed did not only work in HIV and mental health services (the focus of most previous studies), but also in departments such as venereology, endocrinology, gynaecology, proctology and surgery.

The LGBTQIA+ community is not homogenous

The researchers found that most hospital employees (especially hospital administrators) considered the LGBTQIA+ community as a homogenous entity. The unique healthcare needs of different people within the broad spectrum of gender diversity and sexual orientation were not catered for. However, staff in HIV departments were less discriminatory than others.

Hospital administration and healthcare services are designed and structured along the gender binary, often leading to the exclusion of gender-diverse individuals. A transgender woman told the researchers:

“In hospital settings, everything is gendered into binary – be it the OPD [outpatient department] lines, medical records, wards or washrooms. I was comfortable in female settings, but I was kept isolated from all.”

“When I went to a physician for cough and cold, he was shocked by knowing that I have a beard and a vagina... He forced me to show my private parts and even tried to register me in a clinical trial. But I asked him is cough and cold treated through vagina?”

“That guard at the entry gate said to me that I don’t look like a normal patient ... Other patients will get frightened from my look… I should either go to NGOs for my healthcare needs instead of visiting this hospital; or I should bring one NGO person to accompany me to the hospital...”

“We need more open-minded doctors who don’t just make assumptions. I was asked about birth-control measures even after disclosing my sexuality. Doctor even made me feel ashamed.”

“She [doctor] prescribed some medicine without any written prescription which turned out to be high dose psychiatric drug… On questioning, she said she assumed me to be facing family pressures (including cases of molestation, abuse and violence).”

India has made important legal and policy reforms in recent years to decriminalise same sex behaviour and advance progress on social welfare of transgender people. But the implementation of existing laws is very unsatisfactory. The study found that most doctors and hospital administrators were not aware of legal and policy protections.

The hospitals lacked policies that are inclusive of all genders and sexualities. Gender-affirmative guidelines in public hospitals were often limited to setting up of sexual harassment committees and medical certification of transgender people.

Non-profit hospitals in the study did not have any gender diversity or inclusion policies, apart from those against sexual harassment of women in the workplace. Non-profit hospitals with religious affiliations were reluctant to even discuss policies inclusive of LGBTQIA+ people.

Discrimination against LGBTQIA+ people was explicit in public hospitals (including reports of sexual harassment) but implicit or subtle in private hospitals. A female asexual person in the study shared:

“Just because I didn’t have any feelings, he (healthcare professional) touched me ... And when I wanted to take him to the management, he said that the management will not support me, as this is under the plan of treatment to make me sexually active. ”

Private hospitals were hesitant to risk losing their cisgender majority clientele if they openly served the needs of LGBTQIA+ people.

Some evidence-based services, such as gender-affirmative surgeries and hormone therapies, were rarely available. A doctor in a public hospital told the researchers:

“Endocrinology as a department itself is mostly available in tertiary-care centres as a superspeciality. Our hospital’s endocrinology department is confined mostly to thyroidism and diabetes, along with special clinics once a week on podiatry, adrenal disorders and pituitary and growth disorders. We have never thought of extending our services to LGBT(QIA+) persons also.”

Another doctor shared that no doctor known to him was equipped to perform sex reassignment surgery or related treatment.

“Neither the doctors are trained in such treatment and procedures (gender-affirmative counselling, hormone and surgical procedures)...nor does India have the very skilled medical workforce to conduct such procedures.”

The study records statements of many LGBTQIA+ people who have had gender-affirmative surgeries but still deal with medical complications due to substandard care.

The lack of appropriate healthcare for LGBTQIA+ people and especially transgender people results in people receiving unscientific ‘care’ in the informal sector. A doctor said:

“The poor public health system and lack of financial independence of LGBTQIA+ individuals results in… [them] visiting quacks. The treatments given by quacks are ineffective and mostly limited to inadequate elixirs, creams, and implants, with silicon content.”

Despite a ban on ‘conversion therapies’ by the National Medical Commission in India, the reality on the ground is very different, with study respondents narrating harrowing experiences of being subjected to such ‘therapies’.

“Social pressure was so huge that they (family) took me to a religious healer who charged 500,000 rupees [over US $6000] for a hawan (fire ritual) and Rudraksh (form of a bead)... And when I was not converted to straight, they spent another 100,000 rupees [$1220] at a hospital for conversion psychotherapies.”

Professor Muthusamy Sivakami told aidsmap: “Just like anyone else, people living with HIV also face cold and cough, diabetes, COPD, or could be exposed to other risk factors” that may increase their risk of non-communicable diseases or infectious diseases.

Her colleague Lakshya Arora added: “I talked to one of the Gurus of the Hijra community who told me that ‘all these NGO people distribute condoms to us, but they have never tried to distribute paracetamol’. So, that was a huge change of mindset for me. While it is undeniably important to ensure that HIV services reach everyone, it is equally important to ensure that other healthcare services also reach everyone – especially LGBTQIA+ people - in a rights-based and non-discriminatory manner.”

Sivakami says that this qualitative study provides a deeper understanding of the range of discrimination LGBTQIA+ people face in public, private and non-profit hospitals. The study findings highlight the need for organisational and systemic changes for non-discriminatory and rights-based access to healthcare services for LGBTQIA+ people.

“We need to reform our public health policies so that all LGBTQIA+ people feel comfortable in seeking services from primary or community healthcare clinic as well as tertiary care hospitals,” said Lakshya. He also underlined the obligations of Indian public bodies to be gender inclusive. The Section 377 judgement decriminalising same-sex behaviour calls for wider sensitisation, while the recent Madras High Court judgement banning conversion therapy includes the whole spectrum of LGBTQIA+ population and directs the government to promote far-reaching social changes.