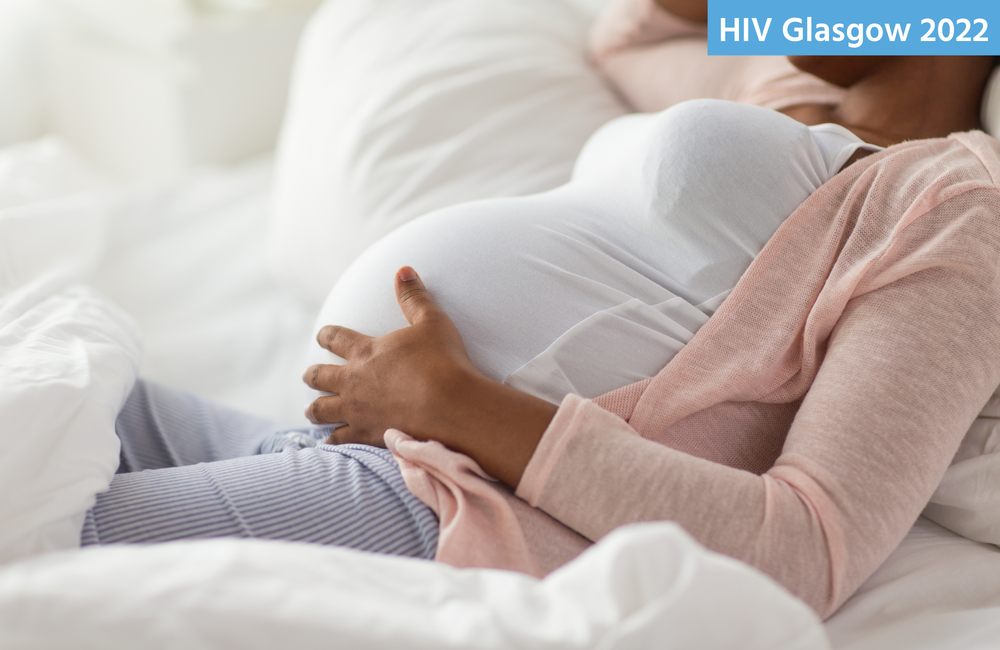 As more women with vertically acquired HIV in the UK reach reproductive age, their experiences and outcomes of pregnancy and birth continue to improve. Access to treatment, CD4 count and rates of undetectable viral loads during pregnancy have all increased. However, there are still knowledge gaps about their outcomes in pregnancy.

There are around 900 pregnancies a year in the UK to women living with HIV and vertical transmission rates have been below 0.4% since 2012. Data from the Integrated Screening Outcomes Surveillance Service (ISOSS) was presented by Helen Peters at the International Congress on Drug Therapy in HIV Infection (HIV Glasgow) last week.

The team assessed the characteristics and outcomes of pregnancies between 2006 and 2021 in women who grew up with HIV. These were compared with pregnancies of women with HIV that were probably acquired through heterosexual sex.

There were 17,478 pregnancies to women living with HIV, including 202 pregnancies in 131 women who grew up with HIV. Of these pregnancies, there were 170 livebirths, 10 miscarriages, 18 terminations and 4 stillbirths. Terminations in the group are higher than expected.

On average, women who grew up with HIV gave birth at age 24, in comparison with women who acquired HIV later in life who gave birth at age 33. One quarter of the pregnant women who grew up with HIV were under the age of 20, which coincides with a time where they are likely to be navigating the impact of a transition from paediatric to adult care. More work is needed to understand their vulnerabilities at this stage.

There were some key differences in relation to treatment outcomes. For example, 81% of women who grew up with HIV were accessing HIV treatment at the time of conception, in comparison with 56% of women who had acquired HIV later in life. This improved significantly over time. However, those on treatment were less likely to have an undetectable viral load if they grew up with HIV (79%) than if they acquired HIV later in life (84%). This also improved over the years.

Outcomes in both groups were relatively similar, but there was an increased risk of preterm births and low birth weight babies in women who grew up with HIV. In both groups, over 80% of women gave birth after 37 weeks. However, in the cohort of women who grew up with HIV, births before 34 weeks occurred at a rate of 13%, in comparison with just 6% in women who acquired HIV later in life.

Weight data show that women who grew up with HIV were almost twice as likely to have a baby under 1.5kg (5% vs 3%). They are also at increased risk of having a baby weighing between 1.5kg and 2.5kg (20% vs 11%). Overall, 76% of the babies were over 2.5kg at birth, in comparison to 86% of babies born to women who acquire HIV later in life. There was no multivariable analysis on this data, so more work is needed to understand if preterm births and lower birth weight are linked to an increased risk of a detectable viral load at birth.

In both groups, around 40% of women had vaginal births and around 35% of births were elective caesareans. Emergency caesareans occurred in just below 30% of cases.

Of the 150 babies born to women growing up with HIV with complete follow-up, one was diagnosed HIV positive.

The population of women who grew up with HIV in the UK is increasing and there should be a continued focus on this cohort as it grows. Specific areas of interest which the team want to explore are sequential pregnancies and the longer-term outcomes of children.

A key factor in all the changes in outcomes is that confidence has increased, particularly in the context of U=U. Women who have grown up with HIV are also able to make more active choices about their wishes during pregnancy, delivery and post-partum period. For example, they can be supported to have a vaginal delivery and breastfeed.