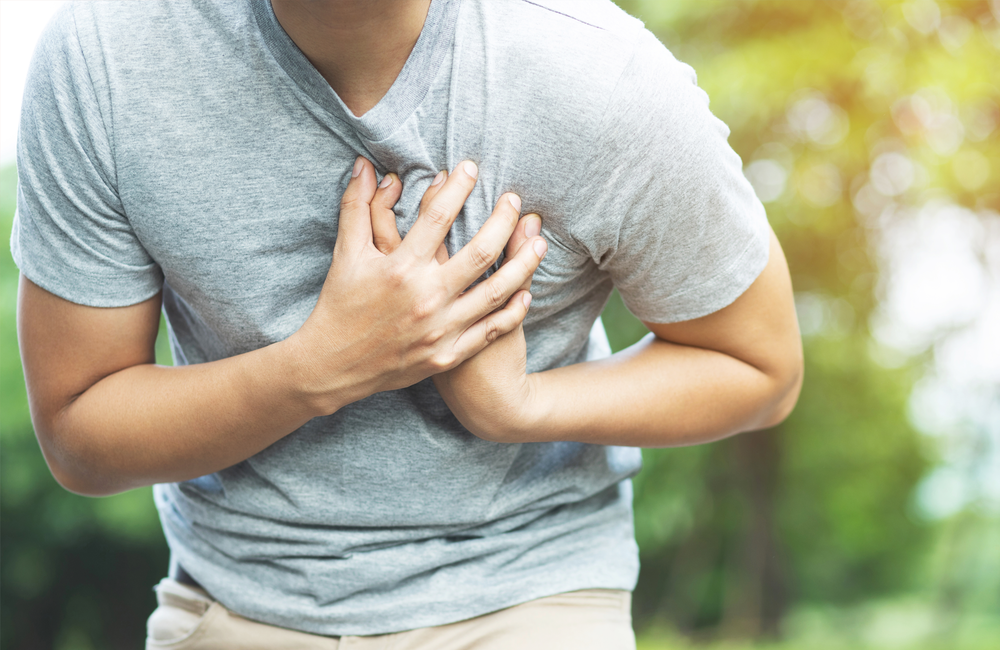 The increased risk of cardiovascular disease observed in people with HIV taking effective antiretroviral therapy, even when they have an undetectable viral load, could be down to reservoirs of HIV-infected cells that cannot be reached by current treatments, according to research from San Francisco published in JAMA Network Open.

Researchers found that higher levels of cell-associated HIV RNA and DNA were associated with the formation of plaque in the carotid artery, an association that was independent of traditional risk factors for cardiovascular disease such as smoking, diabetes and high blood pressure.

The ‘HIV reservoir’ is a group of cells that are infected with HIV but have not produced new HIV for many months or years. Latent HIV reservoirs are established during the earliest stage of HIV infection and cannot be eradicated with current treatments, but their size can be reduced by shortening the time between infection with HIV and starting HIV treatment.

Cardiovascular disease is one of the leading causes of serious illness and death among people with HIV. This cannot be entirely explained by the high prevalence of traditional risk factors among people living with HIV. Nor is the presence of a detectable HIV viral load a fully satisfactory explanation – increased rates of heart attack, stroke and other cardiovascular diseases are present even among people who are taking modern HIV treatment that suppress viral load below the limit of detection.

Dr Megan McLaughlin and her colleagues from the University of San Francisco hypothesised that higher cardiovascular disease risk could therefore be related to the presence of reservoirs of HIV-infected cells that cannot be eradicated by current treatments.

To see if this was the case, they designed a study involving 152 people living with HIV, all of whom were taking antiretrovirals and had an undetectable viral load. The study participants received care at San Francisco HIV clinics between 2003 and 2012.

Hardening of the carotid artery was assessed at baseline and through follow-up by monitoring intima-media thickness (IMT) via ultrasound. This measures the thickness of the walls of the carotid arteries (which carry blood from the heart to the brain). This can help identify plaque (a build-up of fat, cholesterol and other substances) along the walls of the arteries, a recognised risk factor for cardiovascular disease.

Levels of cell-associated RNA and DNA were checked using blood samples obtained from each participant and subsequently frozen.

Information was gathered on demographics, the presence of risk factors for cardiovascular disease and markers of systemic inflammation. All these were taken into account by Dr McLaughlin and her co-investigators in their analyses to see if HIV persistence translated into hardening of the carotid artery.

Most of the participants were White (70%) and male (92%). The median age was 47 years. The average time since HIV diagnosis was 13 years and participants had been taking antiretrovirals for a median duration of five years. Traditional risk factors for cardiovascular disease were common: 60% were current/previous smokers, 30% had high blood pressure, and 22% had a family history of premature cardiovascular disease.

Statistically significant risk factors for carotid artery plaque at baseline included older age, smoking, hypertension requiring treatment, higher LDL or 'bad' cholesterol, and elevated IL-6 (a marker of inflammation). Neither cell-associated HIV DNA nor RNA were shown to be risk factors. But the authors believe that the very strong associations with traditional risk factors made it difficult to unmask the role of HIV reservoirs.

"Decreasing the HIV reservoir size might have an effect on reducing atherosclerosis and cardiovascular disease risk."

During follow-up, there was an association between hardening of the carotid artery and levels of both HIV RNA (p = 0.047) and HIV DNA (p = 0.042). But these associations ceased to be statistically significant when the authors took into account other risk factors.

However, there was a connection between the formation of new carotid artery plaque and levels of cell-associated HIV RNA and HIV DNA that was highly statistically significant, even after taking into account other risk factors (p = 0.008 and p = 0.02, respectively).

Black race was also identified as a risk factor for the formation of new plaques (p = 0.049).

“Our results suggest that decreasing the HIV reservoir size through strategies such as early ART might have an effect on reducing atherosclerosis [hardening of the arteries] and cardiovascular disease risk in this population, although further research is required,” write the researchers. “Strategies targeting the size of the reservoir as a means to a cure or control of HIV may help reduce the burden of comorbid disease in people living with HIV. Multiple strategies aimed at reservoir reduction are now being pursued in the clinic.”

Initial data from a large NIH-supported clinical trial offer a detailed look at the health status of people aging with HIV around the world. With 7,770 participants enrolled in 12 countries across five continents, the Randomized Trial to Prevent Vascular Events in HIV (REPRIEVE(link is external)) is evaluating the ability of a statin medication, pitavastatin, to reduce the risk of heart disease among people with HIV. By leveraging data collected from this diverse group of study participants, researchers also are learning more about the long-term health effects of HIV.
National Institute of Allergy and Infectious Diseases
17 Aug 20
Ageing & HIV

The impact and prevalence of heart disease and other critical comorbidities on an aging global population with human immunodeficiency virus (HIV) have emerged from a suite of articles in The Journal of Infectious Diseases that contains the first swath of important data from the world's largest study of cardiovascular disease (CVD) prevention in people with HIV. This information from the ongoing National Institutes of Health (NIH)-funded study known as REPRIEVE (Randomized Trial to Prevent Vascular Events in HIV), in which Massachusetts General Hospital (MGH) is playing a key coordinating role, is giving the field of medicine an advance look at the disproportionate risk of comorbidities like CVD, chronic liver and kidney disease, physical function impairment and frailty, premature reproductive aging, cancer, and obesity in people with HIV from all regions of the world.
EurekAlert
13 Jul 20
Health problems & ageing