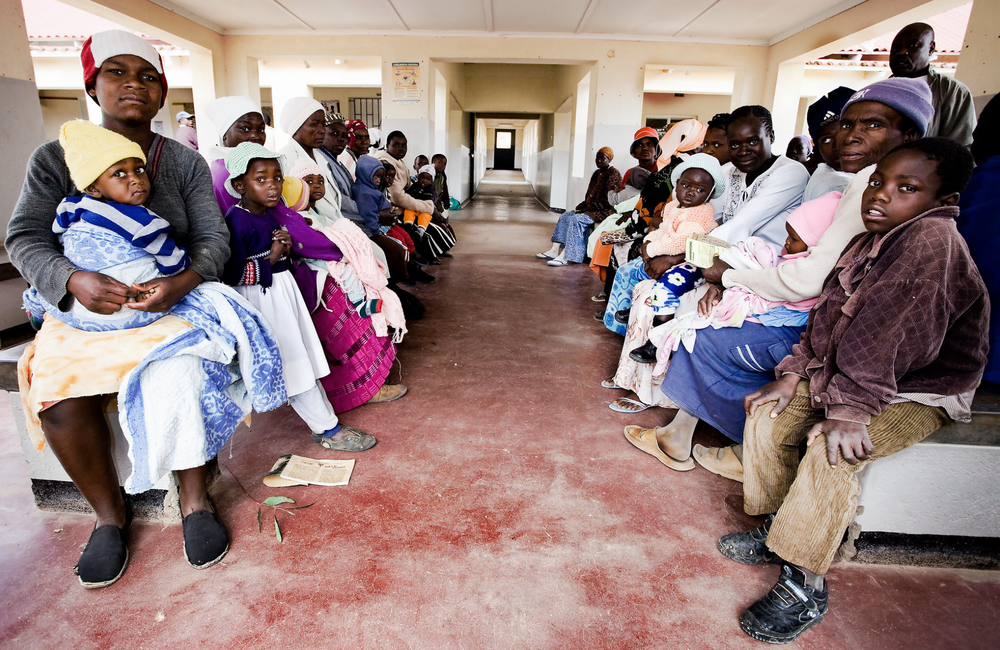 The proportion of children under three months of age starting antiretroviral therapy (ART) doubled from 5% to 10% between 2006 and 2017, while death rates were halved, according to findings from over 32,000 children living with HIV from 16 countries in sub-Saharan Africa. However, one in five children were still lost to follow-up and the study highlighted persisting disparities between low- and middle-income countries in sub-Saharan Africa.

Dr Victoria Iyun and colleagues from the International epidemiology Databases to Evaluate AIDS (leDEA) collaboration report these findings in The Lancet HIV, on differences in outcomes across time periods in this multi-regional cohort of children who started ART before the age of five.

Drs Joseph Rujumba and Grace Ndeezi from Makerere University, Uganda, note in an accompanying comment, that the decline in mortality “reaffirms the value of ART scale-up on child survival…and should be a motivator for countries in sub-Saharan Africa to increase universal ART programmes for children further, to realise an AIDS-free generation.”

The World Health Organization recommended universal ART for children under two in 2010 and children under five in 2013. Considerable progress has been made since then. However, scale-up of routine paediatric care programmes continues to fall far behind adult HIV care in the region. Barriers include delayed diagnosis, poor linkage to care, late start of ART, little access to free HIV services and poor retention in care.

The authors used data from IeDEA to describe chronological trends in characteristics of children under five when starting ART, and to compare outcomes over time and across country income groups.

Outcomes were trends in characteristics at ART start (age, weight, height and CD4%), death within 24 months of starting ART and loss to follow-up.

Of the 32,221 children living with HIV and starting ART before the age of five between 2006 and 2017, approximately half were female and over 75% came from the IeDEA southern region. The majority (75%) were enrolled from urban or semi-urban sites.

Most infants starting ART under three months of age were in South Africa, the only upper-middle-income country included, where over 80% uptake of early infant diagnosis and universal treatment has been reached, the authors say.

Even in the most recent time period, approximately half of all children were immunosuppressed, underweight or had stunted growth when starting ART. Proportions were similar across countries in all income groups.

"Attention should be focused on children who have fallen through gaps in care."

Severe immune suppression in children decreased over time, but still remained very high: 75% in 2006-10 and 55% in 2014-17. The proportion of children severely underweight decreased from 33% to 24%, but the proportion with stunting only declined from 44% to 38%.

Rujumba and Ndeezi note these findings highlight serious gaps in scale-up for children living with HIV that need urgent attention: the high proportion who had severe immune suppression were underweight or had stunted growth before starting ART; and the persistence of loss to follow-up. These are known risk factors for high mortality in children supporting the need for strengthening early diagnosis and treatment before advanced disease begins.

The researchers say that attention should be focused on children who have fallen through gaps in care because of late diagnosis, delayed turnaround of results and poor engagement in care. They suggest testing infants in immunisation or outpatient clinics whose mothers may have missed prevention of mother-to-child transmission.

Rujumba and Ndeezi support a holistic approach with particular attention to improving linkage to care and tracing of caregivers to improve their engagement in care, notably in the poorest countries. “Child and caregiver circumstances have implications for retention in care for children living with HIV,” they note. However, they were not assessed by the authors and are often neglected by donors and programme implementers.

Community health workers “should actively be engaged as building blocks to identify, link and support children living with HIV.”