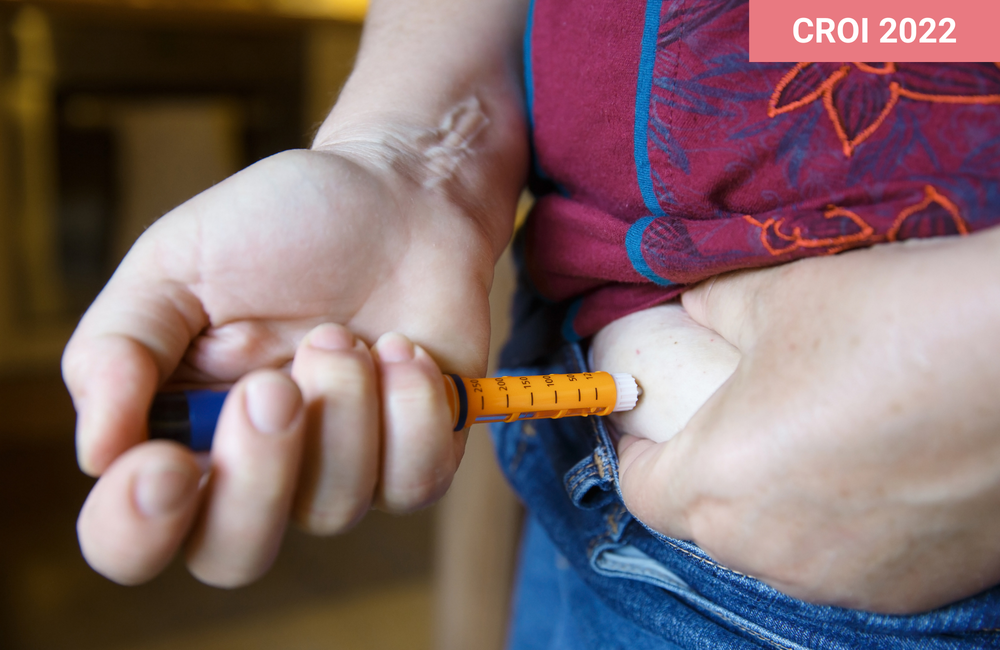 Liver fibrosis in people with HIV in low- and middle-income countries was more often attributable to metabolic disorders than viral hepatitis, a six-country comparative study has found.

The findings, presented last month at the Conference on Retroviruses and Opportunistic Infections (CROI 2022), suggest that prevention of type 2 diabetes and obesity will be critical for avoiding a growing burden of severe liver disease in people living with HIV as they age.

As the prevalence of hepatitis C has declined in people with HIV in higher-income countries due to direct-acting antiviral treatment, the contribution of metabolic disorders to liver disease has grown. But the role of metabolic disorders such as diabetes, obesity and raised lipid levels in causing liver damage in people with HIV in lower- and middle-income settings is less clear.

Researchers associated with two large international cohort studies of people with HIV on antiretroviral treatment investigated liver disease and its underlying causes in a subset of people with HIV enrolled into the cohorts in Brazil, Côte d'Ivoire, India, Kenya, Rwanda and Zambia.

The study looked at the prevalence of fibrosis, using non-invasive scanning, in adults with HIV on antiretroviral treatment aged 40 and over. Participants were also screened for viral hepatitis, metabolic disorders and hazardous alcohol use. Multivariable analysis was used to identify factors associated with fibrosis and steatosis (liver fat accumulation).

The study analysed 1632 participants with a median age of 50 years who enrolled in the cohorts between June 2015 and August 2021. All participants had been taking antiretroviral treatment for at least six months and the median CD4 count was 545 cells. The study authors did not report the distribution of study participants between countries.

Screening for liver disease was carried out by Fibroscan transient elastography and showed that 11% had F2 – F4 fibrosis, while 31% had steatosis. Prevalence of both conditions was highest in Brazil and India, where approximately 20% had fibrosis and over 40% had steatosis.

Marie Plaisy of the University of Bordeaux, the study’s lead author, said that “as access to effective antiviral therapies against chronic viral hepatitis expands, preventive measures against diabetes and obesity for PLHIV are urgently needed.” Obesity in particular is a concern in people with HIV. Newer antiretroviral regimens are associated with substantial weight gain after starting treatment and in settings where body weight is high among people starting treatment, the weight gain may lead to obesity. Liver damage may prove to be a long-term complication of the weight gain associated with newer antiretroviral regimens, but larger prospective studies will be needed to investigate this potential risk.