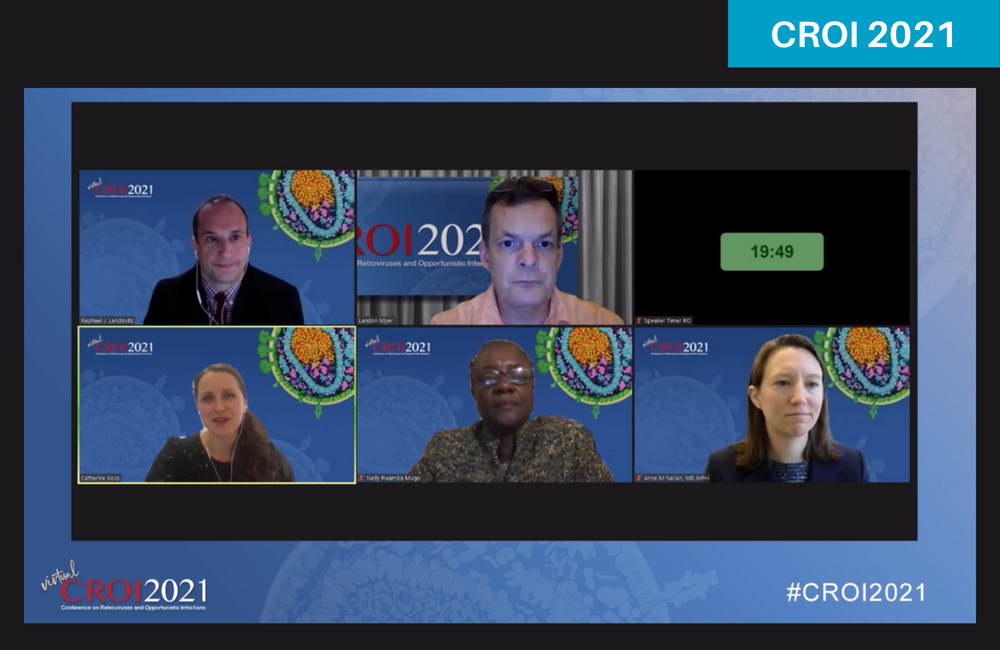 Those at an elevated risk of HIV exposure were 57% more likely to start PrEP if they had a social network contact who had already started using PrEP in rural Kenya and Uganda, Dr Catherine Koss from the University of California, San Francisco told the virtual Conference on Retroviruses and Opportunistic Infections 2021 this week.

The Sustainable East Africa Research in Community Health (SEARCH) project offers intensified health care, universal HIV testing, increased PrEP access and antiretroviral treatment to rural communities in Kenya and Uganda. Last year, we reported on an impressive 74% reduction in HIV infections seen in those who started PrEP as part of the SEARCH study. We have also previously reported on qualitative findings indicating interest among young people to start or continue using PrEP, which was patterned along gendered lines.

Oral pre-exposure prophylaxis (PrEP) is an effective way of stopping the spread of HIV transmission, particularly in social networks where HIV spreads rapidly from person to person. However, it is important for as many people as possible who are at risk of acquiring HIV to be taking PrEP within the network – either consistently, or during higher-risk periods. While it has been assumed that peer support may be a crucial factor in the uptake of PrEP, little is known about the influence of social networks on PrEP uptake in sub-Saharan Africa, Koss said.

The implementation of the SEARCH PrEP intervention from 2016 to 2017 included 16 of the 32 SEARCH communities, prior to a national rollout of PrEP in Kenya and Uganda. PrEP was made universally available to those who met the eligibility criteria: they were either in a relationship with someone living with HIV (a serodiscordant partner), had a high risk score as assessed by the researchers, or self-identified as being at a higher risk for HIV acquisition. In tandem with universal HIV testing drives, these individuals were offered rapid or same-day PrEP starts, with flexible PrEP delivery (to clinics, homes and community sites such as beaches).

During population-level HIV testing activities, community members were asked to name social contacts in one of five domains (health, money, emotional support, food or free time). This allowed researchers to build social community (‘sociocentric’) networks where a participant named their contacts and were also named by others as a contact themselves. Koss contrasted this with purely ‘egocentric’ networks where participants would only be required to name their contacts.

Based on these social networks, the researchers estimated predictors of PrEP uptake for those at elevated risk of getting HIV. In order to isolate the effects of the social network on PrEP uptake they took known predictors for PrEP uptake (such as sex, age or having a partner living with HIV) into account. Additionally, they accounted for the expected clustering that would occur at the community level.

While researchers recorded the social networks of 220,332 individuals, their analysis focused on 8898 people assessed as being at higher HIV risk who had at least one network contact. This group had a mean of 2.15 connections per person.

Nearly half of this subsample was female, 34% were aged 15-24, 11% had a partner living with HIV and 17% were considered to be in high-risk occupations for HIV acquisition (fishing, working in a bar or transportation). Of this sample, 14% had a network contact who had started PrEP in the previous year and 18% had contact with a person living with HIV. Overall, 29% of the 8898 participants started PrEP themselves.

The central question for Koss and colleagues was whether or not having a network contact who started PrEP would predict PrEP uptake in an individual. After taking factors such as age, sex, having a partner living with HIV, polygamy and mobility into account (known predictors of PrEP uptake), the answer was yes – they were 57% more likely to start taking PrEP themselves.