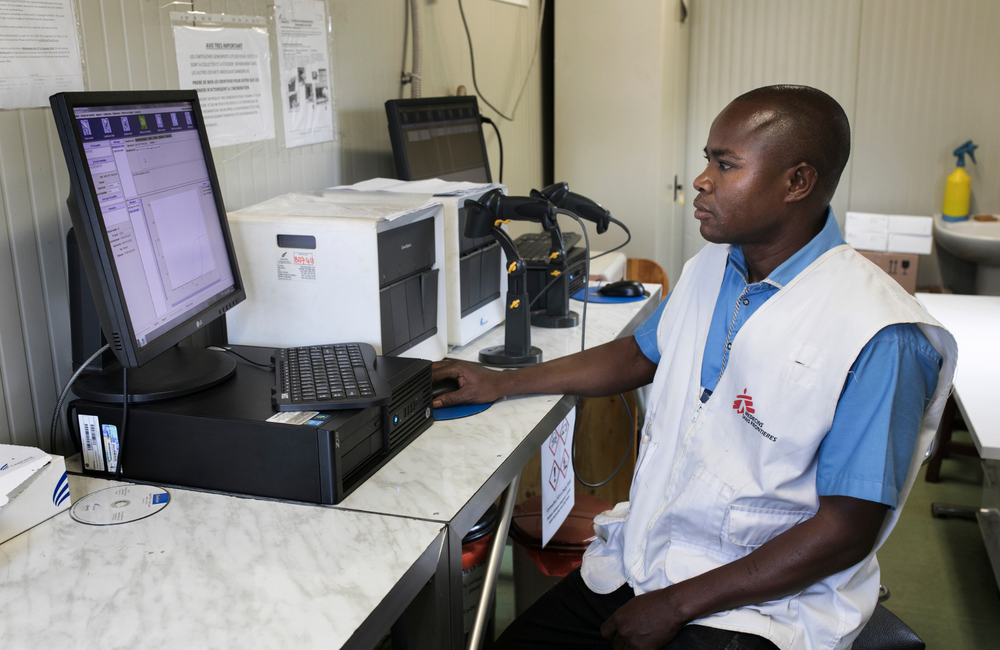 Near point-of-care (POC) viral load testing reduced the median time of getting results back to people living with HIV from 68 days to six days, when compared to conventional centralised laboratory viral load testing in seven African countries. ‘Near’ POC devices are placed within health facility laboratories throughout the country, as opposed to within clinics themselves. These results were published in the Journal of the International AIDS Society by Dr Caroline Boeke and colleagues from the Clinton Health Access Initiative.

Viral suppression is the ultimate goal of antiretroviral therapy (ART). This ensures that the immune system is given a chance to recover and that a person living with HIV is not able to pass it on through sexual contact, because the viral load has fallen below the limits of detection on a laboratory viral load test – what is known as undetectable (Undetectable = Untransmittable, or U=U).

The World Health Organization (WHO) recommends that initial viral load testing is done six months after starting treatment, again at the one-year mark and then annually. In the case that there is an elevated viral load (above 1000 copies/ml), WHO recommends enhanced adherence counselling as the first step. If an increased viral load persists after three months despite counselling, switching to different medication is imperative, as the individual has likely developed resistance to the treatment they have been taking. Viral load testing is therefore a central component of the successful management of people living with HIV.

However, in most low- and middle-income countries, access to viral load testing, quick turnaround of results, and the use of results to inform clinical decisions remain challenging due to a lack of testing facilities. Many low-income African countries have centralised laboratories that perform viral load testing. Thus, not everyone taking ART may receive regular viral load tests, results may not be available for several weeks and people with elevated viral loads do not necessarily change treatment.

For instance, research by Dr Tsitsi Apollo and colleagues in Zimbabwe showed that between 2004 and 2017, of those in ART care for more than a year, only a quarter had an initial viral load test done. Among those with a viral load of more than 1000 copies/ml, only 37% had a follow-up viral load test and 61% continued to have unsuppressed viral loads – less than half of whom (43%) were switched to second-line ART.

Researchers sought to compare differences between centralised and near POC viral load testing across 57 public health facilities in seven sub-Saharan African countries: Cameroon, Democratic Republic of Congo, Kenya, Malawi, Senegal, Tanzania and Zimbabwe as the new technology was rolled out between 2017 and 2019.

Data were collected for up to 90 days after testing. Outcomes of interest included: whether or not the clinic and individual got the test results back, how long this took, and how long it took to take any necessary clinical action in individuals with elevated viral load results. They considered these indicators for people on ART receiving near-POC testing compared to: the three to six-month period prior to the roll-out of near-POC testing (Keyna, Senegal and eight facilities in Zimbabwe), those receiving results from centralised laboratories (Malawi, Tanzania and ten facilities in Zimbabwe) and instances where no comparison was available, due to a lack of centralised testing (Cameroon and Democratic Republic of Congo).

While all those on ART were eligible for near-POC testing, those considered at higher risk for treatment failure or onward transmission were prioritised. This included children, adolescents, those with suspected treatment failure, a recent viral load test of greater than 1000 copies/ml, pregnant women and breastfeeding women.

In total, across all countries, 6795 near-POC and 17,614 centralised viral load tests were conducted during this period, with 31% vs 6% conducted for high-risk populations respectively. Of these high-risk individuals, 24% tested using near-POC had an elevated viral load, compared to 15% of those who received centralised testing.

Only 4% of near-POC tests had missing results compared to 27% of centralised tests. The median turnaround time from sample collection to the clinic receiving the results was one day for near-POC tests vs 35 days for centralised tests. In fact, 40% of near-POC test results were available at the clinic on the same day as testing. In terms of near-POC results, there was little difference in turnaround time for those with elevated viral loads (zero days) vs those with suppressed viral loads (one day). The majority of near-POC results (93%) were received by clinics within the 90-day period, compared to only 64% of those sent to central laboratories.

The median time for results being returned to individuals varied based on the setting. Overall, it was six days for near-POC testing vs 68 days with centralised testing. However, this differed vastly depending on the country, with those having near-POC testing in Cameroon, Malawi and Senegal getting their results back after a day, but those in Kenya and Tanzania waiting around a month, despite the clinic having received the results. Across countries, a third of individuals had received results from near-POC tests within 30 days compared to only 3% with centralised tests. By the end of the 90-day period, half of all individuals had received their results from near-POC laboratories, compared to 27% of centralised tests.

"In many cases, test results did not get back to the patient and/or were not acted upon by clinicians."

“In this large analysis across seven countries, near-POC viral load was associated with improvements in result availability at the clinic, as well as turnaround times to result availability and clinical action. High-risk populations were prioritized for near-POC viral load and were more likely to receive clinical action. However, in many cases, test results did not get back to the patient and/or were not acted upon by clinicians,” the authors conclude. “To truly capitalise on viral load implementation and especially near-POC viral load, mentoring activities and support for strong facility data systems and patient follow-up procedures are needed to improve outcomes for high-risk patients as well as for routine patient management, ultimately reducing morbidity and mortality.”