Dolutegravir superior to standard-of-care treatment in children and adolescents 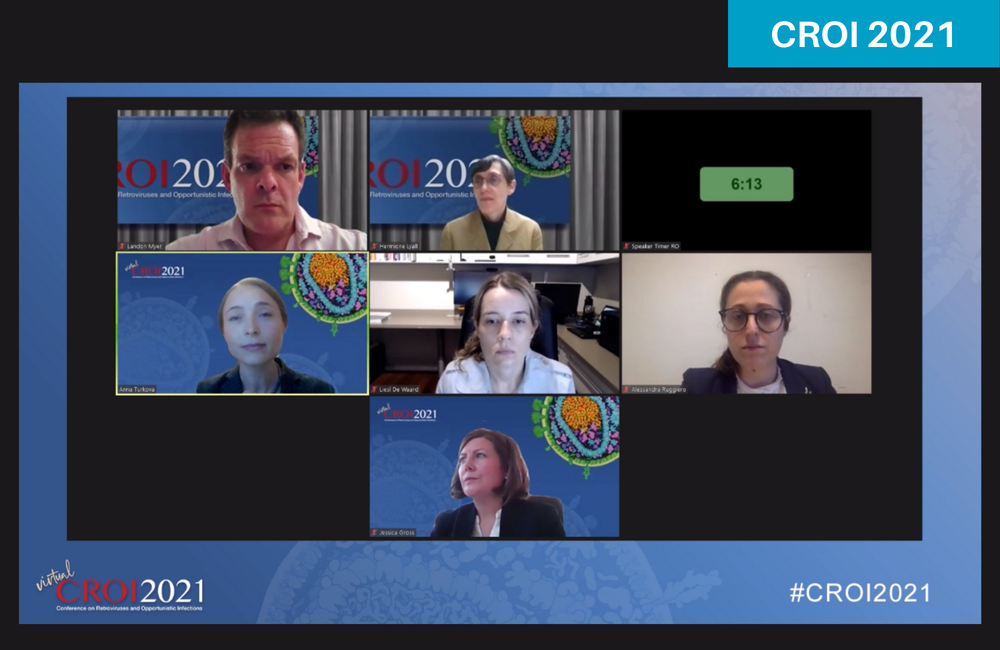 Dolutegravir-based treatment was superior to treatment based on efavirenz or a boosted protease inhibitor in children and adolescents, both as first-line or second-line treatment, a large international study has concluded.

Dr Anna Turkova of the United Kingdom Medical Research Council presented the 96-week results of the ODYSSEY study at the 2021 virtual Conference on Retroviruses and Opportunistic Infections on Wednesday.

Dolutegravir, an HIV integrase inhibitor, is recommended as the core component of antiretroviral treatment for adults in resource-limited settings. By using the same drug for all adults, HIV treatment programmes can simplify the procurement of medicines and delivery of care. Dolutegravir is highly effective in suppressing viral load, has a high barrier to resistance and is better tolerated than most other antiretroviral drugs.

In clinical trials that compare treatments, the treatment effect is the additional benefit provided by the new treatment, over and above that which would have been expected by chance or using standard care.

Simplifying treatment for children and adolescents has proved more challenging due to the need to dose medicines for smaller children by weight, as well as drug resistance in children failing first-line treatment.

In 2019, the World Health Organization (WHO) recommended that children should receive dolutegravir too, dosed by weight. This recommendation was labelled 'conditional', meaning that further evidence was needed to strengthen the recommendation.

Participants had a median age of 12 years, 49% were female, 27% had symptomatic HIV disease (WHO stage 3 or 4) and 22% had CD4 cell counts below 200. Participants in ODYSSEY B had been on first-line treatment for a median of 5.5 years before switching.

Participants were recruited in South Africa (20%), Thailand (9%), Uganda, (47%) and Zimbabwe (21%), with the remainder recruited in Germany, Portugal, Spain and the United Kingdom.

In ODYSSEY A, 92% of the standard-of-care arm received efavirenz. Around 80% of participants received abacavir/lamivudine as a nucleoside reverse transcriptase inhibitor (NRTI) backbone. The remainder received tenofovir/lamivudine.

After 96 weeks of follow-up, 14% of the dolutegravir arm and 22% of the standard-of-care arm had experienced clinical or virological failure, a statistically significant difference of -8% (-13.5%, -2.6%, p = 0.004). Dolutegravir was superior to standard-of-care treatment in the overall study population. The effect was more pronounced in the ODYSSEY A (first-line group), but the treatment effect was not significantly different between the ODYSSEY A and ODYSSEY B (first-line and second-line groups), as shown by test for interaction (p = 0.16).

Other subgroup analyses (by weight band; in children aged less than 12 years and adolescents; boys and girls; in analyses by different NRTI backbones; in children with severe and non-severe immune deficiency; and in children with very high viral load) showed similarly consistent results that dolutegravir was superior to standard of care, with no difference of treatment effect by subgroups.

There was no difference in deaths or severe clinical events between the study arms at 96 weeks (10 vs 8), nor in the number of serious adverse events, but children in the standard-of-care arm were more likely to need to modify their treatment regimen as a result of an adverse event (p = 0.01).

Children receiving dolutegravir had significantly lower total cholesterol levels after 96 weeks. They gained an average of 1kg more in weight than children in the standard-of-care arm.

“These results support WHO guidelines and current roll over to dolutegravir-based regimens for children starting first- or second-line antiretroviral therapy, allowing harmonisation with adult treatment programmes,” the study investigators concluded.

Turkova A et al. Dolutegravir-based ART is superior to NNRTI/PI-based ART in children and adolescents. Conference on Retroviruses and Opportunistic Infections, abstract 174, 2021.