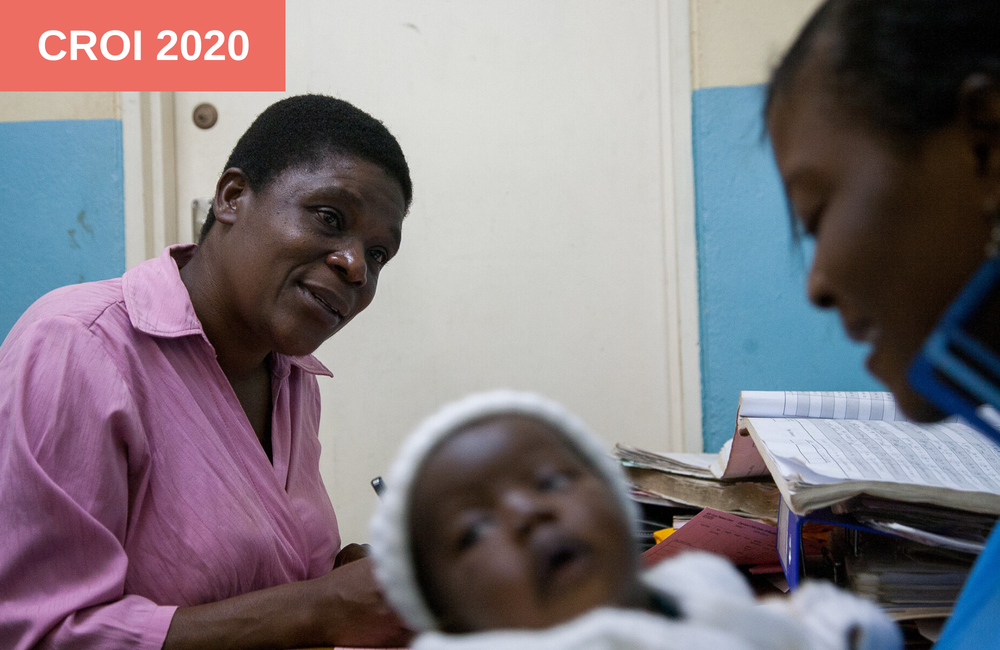 A large-scale community 'test and treat' campaign in Kenya and Uganda resulted in lower HIV transmission from mother to child and fewer infants living with HIV at the end of the three-year study, investigators from the SEARCH study reported at the Conference on Retroviruses and Opportunistic Infections (CROI 2020) this week.

The SEARCH study was carried out in Kenya and Uganda and randomised communities to a standard of care approach to HIV treatment or to intensified community testing, treatment for all and streamlined referral to care. By the end of the three-year study, 80% of people with HIV in intervention communities achieved viral suppression compared to 68% in standard of care communities, a statistically significant difference (p<0.001).

Although HIV incidence declined during the study, the difference between intervention and control communities was not statistically significant.

The impact of universal testing and treatment on vertical (mother to baby) HIV transmission is unknown. Four large studies of 'test and treat' strategies have now reported results but SEARCH is the first to report its findings on vertical transmission.

The study investigators wanted to learn the impact of the intensified diagnosis and treatment intervention on HIV-free survival and vertical HIV transmission. HIV-free survival refers to the proportion of children born to HIV-positive women who are alive and HIV-free in year 3 of the study. It reflects any contribution of the intervention to both improving child mortality and reducing vertical transmission.

The analysis compared the impact of two forms of maternal treatment and care. All women in the intervention arm diagnosed with HIV during annual community testing campaigns received referrals to streamlined ART care to ensure a rapid treatment start.

In the intervention arm, 4413 women had been diagnosed with HIV by year 3. Those women had 564 live births with known outcomes, while the outcomes of a further 176 infants born to women with HIV could not be ascertained.

In the control arm, 3809 women were diagnosed with HIV. They had 528 live births with known outcomes and the outcomes of a further 144 births could not be ascertained.

Eighty-seven per cent of mothers tested HIV positive at baseline. Of these, 38% were already on treatment.

The study investigators point to two possible mechanisms through which the study intervention may have reduced infant HIV infections:

Of the 411 ART-naive women who gave birth during the study, approximately 80% in intervention communities started treatment within a year of entering the study. In contrast, it took around two-and-a-half years to achieve the same level of treatment coverage among pregnant women in the control communities. Furthermore, 86% (95% CI 80-89%) of women in intervention communities had achieved viral suppression at year 3 compared to 80% (95% CI 75% -87%) in control communities.

“Our results suggest that strategies combining population-level testing with improved patient-centered HIV-care delivery models should be considered for advancing to the goal of eliminating new infections and decreasing mortality among children born to women living with HIV,” said Theodore Ruel, Professor of Pediatrics at University of California San Francisco, one of the investigators.