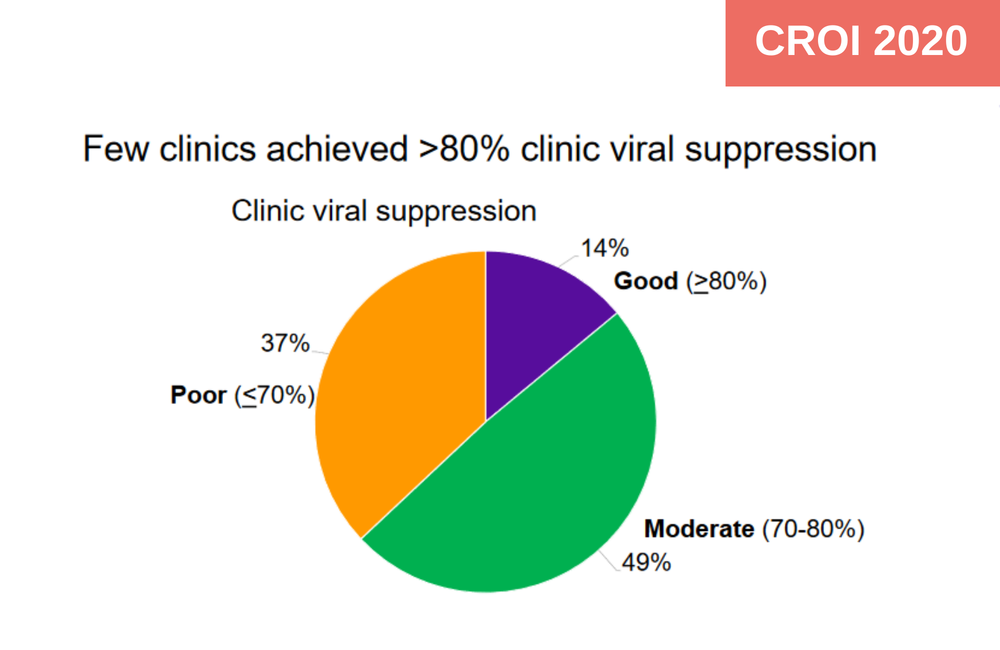 Approximately one third of over 10,000 adolescents and young adults living with HIV on antiretroviral therapy (ART) for more than six months attending HIV clinics throughout Kenya are not virally suppressed.

Dr Irene Njuguna of the Kenyatta National Hospital in Nairobi, Kenya presented these findings from a national survey at the Conference on Retroviruses and Opportunistic Infections (CROI 2020) this week.

Adolescents and young adults have the highest rates of dropping out of HIV treatment and care putting them at high risk of virologic failure, disease and death. While innovative approaches have been developed in HIV clinics to address the unique challenges adolescents and young people face, it is unclear whether these affect viral suppression.

Njuguna and her colleagues believe that achieving the UNAIDS 95-95-95 goals needs an understanding of both individual and clinic correlates of viral suppression.

Using viral load data and facility surveys from HIV treatment programmes throughout Kenya they undertook a multi-level cross-sectional analysis, with 99 HIV clinics randomly selected from a national pool of 300. From the medical records of adolescents and young adults in HIV care they analysed a subset of those on ART for more than six months between January 2016 and December 2017. Information on adolescent and young adults services was collected from each clinic.

Use of multi-level regression models determined individual- and clinic-level correlates of viral suppression (under 1000).

Only 73% of participants were virally suppressed.

Update: Following the conference presentation, the study was published in a peer-reviewed journal:

Njuguna I et al. Clinic- and individual-level factors that influence HIV viral suppression in adolescents and young adults - a national survey in Kenya. AIDS, published online ahead of print, April 2020.