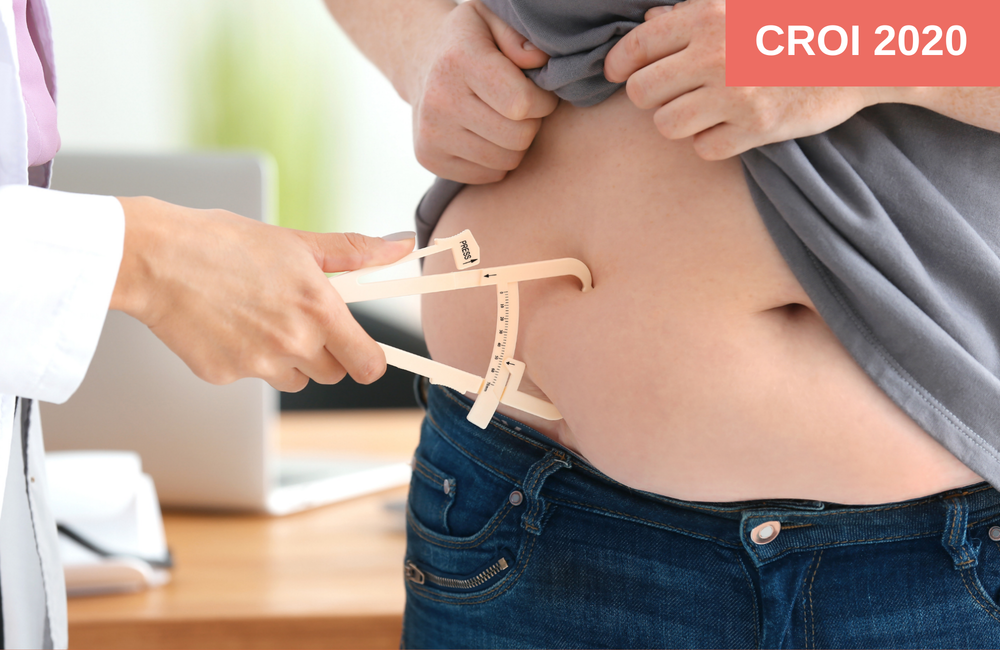 People living with HIV who have non-alcoholic fatty liver disease (NAFLD) often have liver fibrosis and are at risk for fibrosis worsening, researchers reported last week at the Conference on Retroviruses and Opportunistic Infections (CROI 2020). The research was presented virtually last week after the in-person meeting in Boston was cancelled due to the coronavirus crisis.

NAFLD and its more severe form, non-alcoholic steatohepatitis (NASH), are responsible for a growing proportion of advanced liver disease as obesity rates rise worldwide. Research presented at last year's International Liver Congress showed that the prevalence of NAFLD more than doubled between 2006 and 2016 among people with HIV receiving Medicare insurance in the United States. Another study showed that almost a third of HIV-positive people in Italy and Canada had NAFLD.

The accumulation of fat in the liver triggers inflammation, which over time can lead to fibrosis (build-up of scar tissue), cirrhosis and liver cancer. There are currently no approved therapies for NAFLD or NASH, and management relies on lifestyle changes such as weight loss and exercise.

Dr Lindsay Fourman of Massachusetts General Hospital in Boston presented findings from a study of liver fibrosis among HIV-positive people with NAFLD in a clinical trial of tesamorelin (Egrifta). Fibrosis severity is the strongest predictor of mortality in people with HIV-associated NAFLD, the researchers noted as background.

Tesamorelin is a synthetic growth hormone-releasing hormone. It stimulates the production of growth hormone, which promotes the breakdown of fat. It is approved in the US as a treatment for abdominal fat accumulation (lipodystrophy) in people living with HIV; it is not approved in Europe.

The study included 61 participants. About 80% were men and two-thirds were white. They had had HIV for a median of 16 years and current CD4 counts were high, with the median exceeding 700 cells/mm3. People with chronic hepatitis B or C, heavy alcohol consumption, poorly controlled diabetes or cirrhosis were excluded. NAFLD was defined as having liver fat content of 5% or greater.

The participants were randomly assigned to receive tesamorelin or a placebo, given by self-administered daily injections for 12 months. They underwent liver biopsies at baseline and again at 12 months. Visceral fat (internal fat surrounding the abdominal organs) and subcutaneous fat (fat lying under the skin) were measured using MRI scans, while liver fat content was assessed by magnetic resonance spectroscopy.

As reported recently in The Lancet HIV, the study showed that tesmorelin reduced liver fat content and slowed the progression of liver fibrosis in people with HIV and NAFLD.

Fourman's CROI study analysed the biopsy samples collected in the trial to identify predictors of fibrosis presence and progression. Samples were available for 58 people assigned to tesamorelin and 24 placebo recipients.

The presence of fibrosis was associated  with more visceral fat, but not with subcutaneous fat or body mass index (BMI). People with fibrosis had higher NAFLD activity scores – a composite measure made up of steatosis (fat accumulation), inflammation and 'ballooning' (swelling) of liver cells – as well as higher ALT and AST liver enzyme levels (biomarkers of liver inflammation). However, the amount of liver fat did not differ significantly between those with and without fibrosis.

"We demonstrated a high prevalence and progression rate of biopsy-proven liver fibrosis" in people with HIV and NAFLD, the researchers concluded.

This fibrosis progression rate was more than six times higher than rates previously seen in the general HIV-negative population, they noted.

"Visceral adiposity was found to be a novel clinical predictor of accelerated hepatic disease, which suggests that therapies to reduce visceral fat may be particularly effective in HIV-associated NAFLD," lead investigator Dr Steve Grinspoon of Harvard Medical School and Massachusetts General Hospital said in a press release from Theratechnologies, the company that makes tesamorelin.