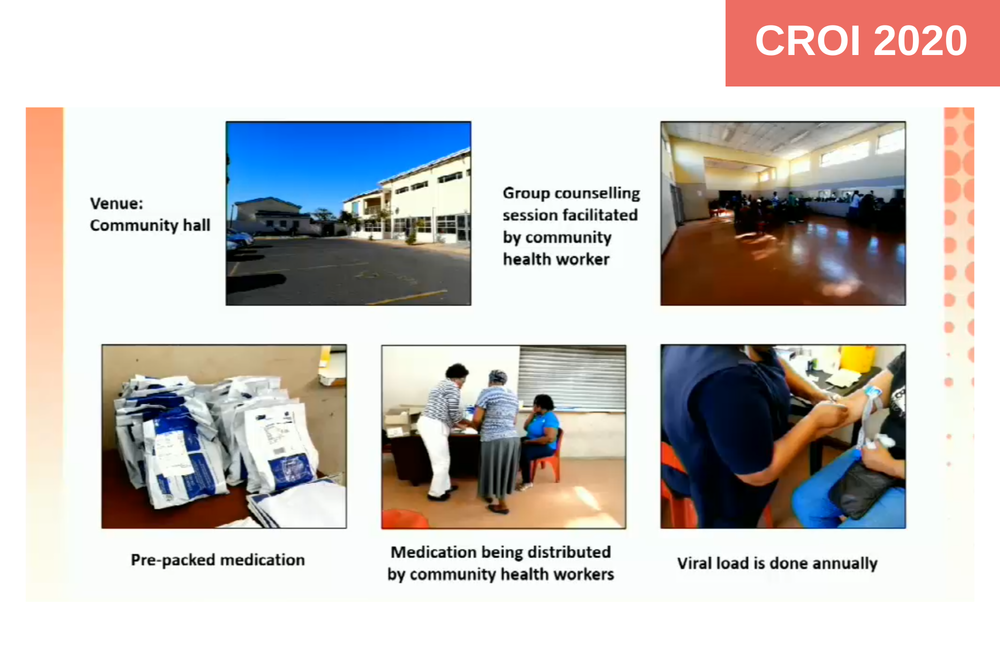 Adherence clubs were linked to a 30% reduction in high viral load among postpartum South African women living with HIV, the Conference on Retroviruses and Opportunistic Infections (CROI 2020) heard last week.

Dr Jasantha Odayar of the University of Cape Town, South Africa presented these findings from a randomised controlled trial on behalf of the Postpartum Adherence Clubs for Antiretroviral Therapy (PACART) study team.

The World Health Organization recommends starting lifelong antiretroviral therapy (ART) in all pregnant women living with HIV (Option B+). Despite the dramatic reduction in mother-to-child transmission rates in South Africa since its adoption in 2013, non-adherence and/or high rates of disengagement from care are common among postpartum women and afterwards. The consequence for many will be increased risk of virologic failure, disease and death.

Since 2011 the community-based adherence club model has been widely implemented in Cape Town, South Africa. In the adherence clubs, groups of 20 to 30 people meet every two to four months for ART dispensing at a community hall. Community health workers, supported by nurses, run these decentralised services.

There is an urgent need for evidence-based approaches to support mothers beyond pregnancy and delivery, Dr Odayar said.

The authors evaluated adherence clubs to deliver long-term HIV care to postpartum women who started ART in pregnancy at the Gugulethu Community Health Centre and the associated Midwife Obstetric Unit in Cape Town.

This public sector primary care facility serves a population of around 350,000, most of low socioeconomic status. The Centre includes an ART clinic providing HIV care to the general adult population. The Obstetric Unit provides services to over 4000 women each year. Antenatal care coverage is high (95%) as is antenatal HIV prevalence (30% in 2016).

From 2016 to 2017 consecutive postpartum women who started ART (tenofovir+emtricitabine+efavirenz) seeking care at this primary care antenatal clinic were randomised to either the local ART clinic (standard of care) or the community-based ART adherence club (intervention). Women attended a general adherence club rather than a specific club for postpartum women. Eligibility included being clinically stable with a viral load under 400 and on ART for more than six months.

Adherence club visits typically take an hour whereas an ART clinic visit can take most of the day. They are led by lay health workers rather than a nurse or doctor.

The primary objective was to compare maternal HIV viral suppression up to 24 months postpartum.

Seventy-seven per cent of women attended the adherence club within three months of referral compared to 68% the ART clinic. The majority (90%) completed the final visit 24 months postpartum with no differences between arms.

Maternal and infant outcomes (such as TB, mortality and infant testing) were similar across arms. There was no mother-to-child transmission of HIV.

Dr Odayar concluded adherence clubs have the potential to be an important intervention to improve women’s virologic outcomes. As a well-established system to which postpartum women were already being referred, it did not require additional resources or expertise, she added.