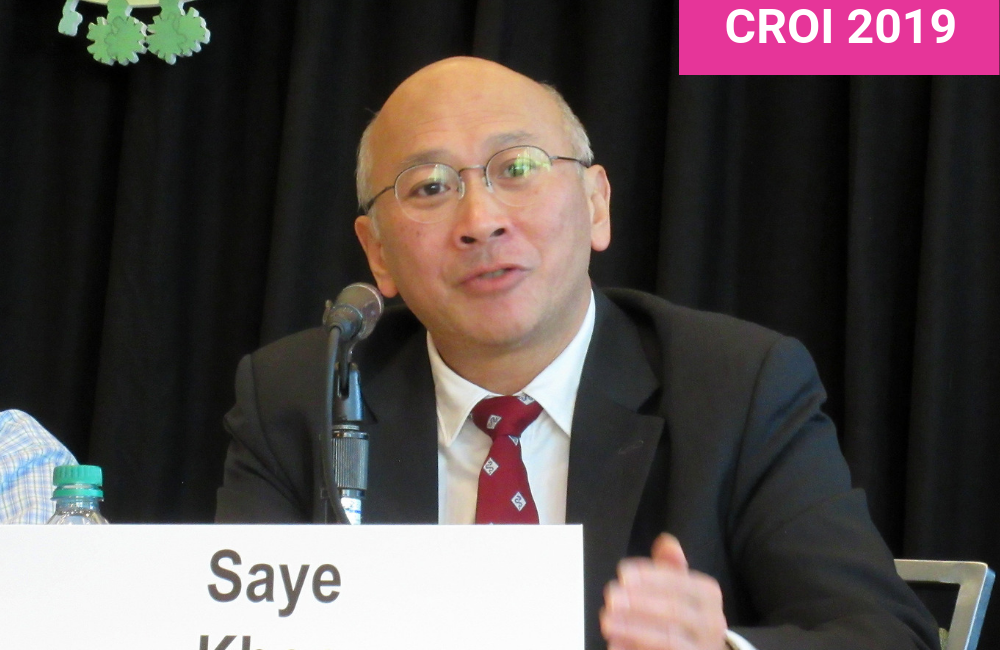 Integrase inhibitor-based treatment with either raltegravir (Isentress) or dolutegravir (Tivicay, also in Triumeq) reduces viral load more rapidly than efavirenz if started in pregnancy, findings from two randomised studies presented at the Conference on Retroviruses and Opportunistic Infections (CROI 2019) in Seattle show.

Investigators on the raltegravir study say that their findings support the use of raltegravir-based antiretroviral treatment during pregnancy, especially for women who start treatment late in pregnancy.

Professor Saye Khoo of Liverpool University said that the findings of the DOLPHIN-2 study of dolutegravir initiated in late pregnancy suggest that dolutegravir is a drug that could be used in this high-risk situation for mother-to-infant transmission.

However, the safety and efficacy of integrase inhibitor treatment in pregnancy has not previously been tested in a randomised trial.

Safety is also a major concern. Although integrase inhibitors have been used to treat tens of thousands of people, there are few data on their use in pregnant women, especially from randomised studies.

Preliminary data from an observational study in Botswana showed an increased risk of neural tube defects in infants exposed to dolutegravir in the first 12 weeks of pregnancy. The foetus is vulnerable to birth defects due to drug exposure during the first 12 weeks of pregnancy as organs and tissues form. In later pregnancy (after week 12) drug exposure may affect infant growth or lead to premature delivery or may cause side-effects for the mother.

The study population was predominantly Hispanic (53%) and black (36%) with a median viral load at study entry of 3.9 log10 copies/ml (just under 8000 copies/ml). The median gestational age at study entry was 29.6 weeks.

The primary analysis of the study was confined to 307 women without genotypic resistance. In this population, significantly more women randomised to raltegravir had an undetectable viral load below 200 copies/ml at delivery (94% vs 84%, p < 0.001) and this association was strongest in women who had started treatment after week 28 (93% vs 71%). The rate of viral load suppression did not differ at the time of delivery in women who initiated treatment prior to week 28.

There was no difference in any adverse outcome for mother or infant, including stillbirth, pre-term birth or grade 3 or 4 maternal adverse events, between the two study arms. Six infants in efavirenz arm and one infant in the raltegravir arm were found to be HIV PCR positive after delivery; all had been born to mothers who enrolled at 28 weeks of gestation or later.

The DOLPHIN-2 study randomised previously untreated women initiating ART from week 28 of pregnancy to receive either dolutegravir- or efavirenz-based ART.

The study recruited 268 women, of whom 237 were evaluated for efficacy. There was no significant difference in baseline viral load (4.5 log10 copies/ml) or median gestation at baseline (31 weeks), nor in the median duration of ART prior to delivery (52 days dolutegravir, 59 days efavirenz).

There was no difference in maternal adverse events between the two study arms, nor in median gestational age at delivery (39.9 weeks), nor in premature births. No neural tube defects were reported and there was no difference in congenital abnormalities. Approximately 10% of infants were diagnosed with postnatal infections and eight infants died, consistent with the poor outcomes seen in other studies in which mothers had initiated antiretroviral treatment late in pregnancy.

Three cases of mother-to-child HIV transmission occurred in this study, all in the dolutegravir arm. The investigators say it is likely that these transmissions occurred in utero, not at the time of delivery.