Are CD4 counts still useful in the 'treat all' era? 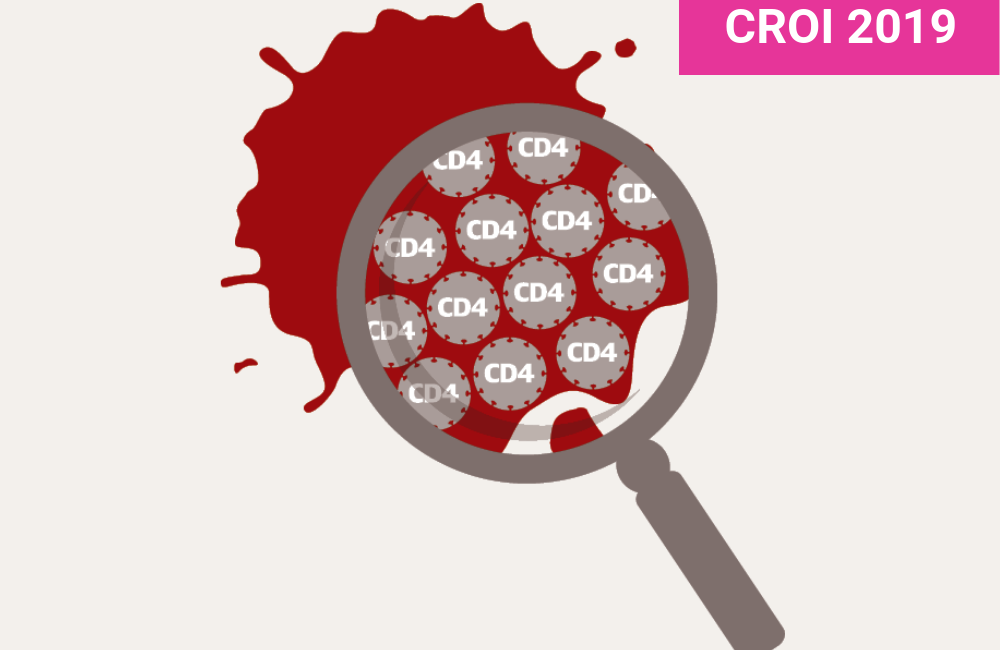 CD4 cell testing before starting treatment is still essential even in the era of 'treat all' guidelines, two studies from southern Africa presented at the Conference on Retroviruses and Opportunistic Infections (CROI 2019) in Seattle this week have concluded.

CD4 cell counts measure the health of the immune system and the degree of damage caused by HIV. A CD4 count below 200 cells/mm3 indicates advanced disease and a high risk of opportunistic infections. Treatment guidelines in most countries now recommend that everyone diagnosed with HIV should start treatment as soon as possible, regardless of CD4 cell count. Up until 2016, many countries restricted treatment to people with CD4 counts below 500 cells/mm3 or below 350 cells/mm3, so everyone underwent CD4 cell testing to check eligibility for treatment.

Data from six countries in southern Africa shows that while viral load testing is on the increase in the region, the number of CD4 cell tests being carried out was beginning to fall by 2017 (Egger). This decline worries some researchers, who say that a CD4 cell count before treatment is still needed in the 'treat all' era to identify people with CD4 cell counts below 200 cells/mm3 who need a rapid treatment start, closer monitoring and prophylaxis against infections.

But others think that resources are being wasted on CD4 cell testing and that expansion of viral load testing is the priority, to ensure that people achieve and maintain undetectable viral load on treatment, and to prevent the emergence of drug resistance.

Zambian researchers reported that the absence of a pre-treatment CD4 cell count was associated with an increased risk of death.

The researchers looked at mortality in 33,911 new antiretroviral therapy (ART) users, of whom 20,911 had a CD4 cell measurement less than six months before starting treatment. They incorporated data from an existing tracing study of people lost to follow-up to calculate mortality in people lost to follow-up, so are unlikely to have under-counted deaths in this group.

The majority of deaths occurred within the first 90 days after starting treatment, suggesting that opportunistic infections are not being diagnosed at the time of treatment initiation.

They conclude that CD4 counts are still useful for identifying people at higher risk of illness who may need specialised management.

Botswana: CD4 counts on treatment not needed for over-200s

A total of 14,425 new patients who underwent CD4 cell testing during the study period were identified. Half had only one test, 18.6% had two, 12.5% three tests, 9.3% four tests and 9.2% had five tests or more. Viral load testing was carried out in 79.4% of the patients who underwent CD4 cell testing (viral load testing was recommended for all patients three to six months after starting treatment during this period).

The researchers concluded that while there is very limited benefit to ongoing CD4 monitoring if people have CD4 counts above 200 at the time they start treatment, baseline CD4 cell tests remain essential to identify people with advanced disease.