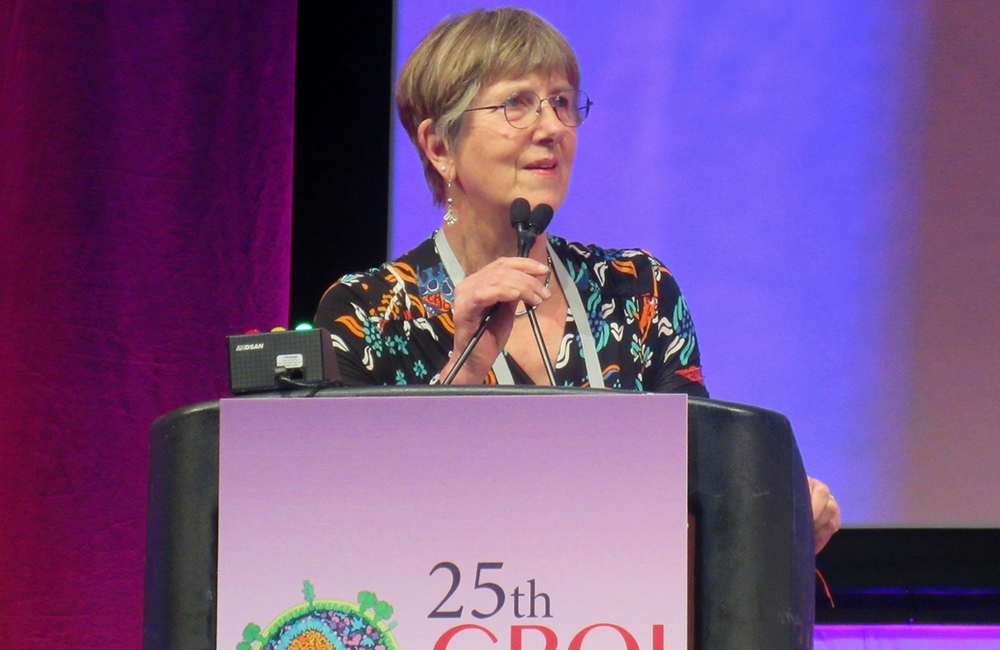 Use of an integrase inhibitor, which can bring down viral load rapidly, was not associated with an increased risk of immune reconstitution inflammatory syndrome (IRIS) in people who started antiretroviral treatment with very low CD4 cell counts, according to a presentation at the 25th Conference on Retroviruses and Opportunistic Infections (CROI 2018) this month in Boston.

IRIS can occur when antiretroviral therapy (ART) stops HIV replication and allows the immune system to recover enough to respond to pre-existing infections. This can lead to inflammatory symptoms such as swollen lymph nodes (lymphadenopathy) and fever and the apparent worsening of symptoms of opportunistic infections (OIs).

Research presented at last year's CROI suggested that HIV integrase inhibitors such as raltegravir (Isentress) and dolutegravir (Tivicay) may increase the risk of IRIS in people who start treatment late, after they have already sustained serious immune system damage.

To further explore this association, Diana Gibb of the MRC Clinical Trials Unit at University College London and colleagues did a retrospective analysis of IRIS rates in the REALITY trial, which enrolled adults and children in sub-Saharan Africa who started ART with a CD4 T-cell count below 100 cells/mm3.

REALITY included 1805 treatment-naive adults, adolescents and children age 5 and older in Kenya, Malawi, Uganda and Zimbabwe. Just over half were men and the median age was 36 years (4% were age 4 to 17). The median CD4 count was 38 cells/mm3, but a third had 0 to 24 cells, indicating very advanced immune suppression.

Participants were randomly assigned to start treatment using either a standard ART regimen of two nucleoside/nucleotide reverse transcriptase inhibitors (NRTIs) and a non-nucleoside reverse transcriptase inhibitor (NNRTI), or else the standard regimen plus raltegravir for 12 weeks. In addition, the REALITY trial also evaluated the benefits of supplementary food and enhanced prophylaxis against infections commonly associated with death in people with advanced HIV disease.

The primary endpoint of the study was mortality at 24 weeks. As previously reported, there was no significant difference in mortality between the raltegravir-intensified and standard treatment arms (about 10% in each), although the enhanced prophylaxis package did result in a significant reduction in the risk of death and AIDS-related events.

At CROI, Gibb reported that the addition of raltegravir led to faster declines in viral load measured in stored plasma samples. In the raltegravir arm, 41.0% of people had HIV RNA below 50 copies/ml at 4 weeks and 71.9% did so at 12 weeks, compared with 13.4% and 51.7%, respectively, in the standard therapy arm. By week 24, three-quarters of participants in both groups had undetectable viral load, rising to about 80% by week 48.

Despite this faster viral load decline, the incidence of fatal IRIS events – defined as atypical or exaggerated presentation of an opportunistic infection or cancer soon after ART initiation – was similar in the raltegravir intensification arm and the standard therapy arm: 4.0% vs 3.4%, not a statistically significant difference. These events occurred a median of 4.4 weeks after starting therapy. The most common fatal IRIS event in both groups was tuberculosis (TB) exacerbation (2.2% and 2.3, respectively), followed by cryptococcal IRIS (0.9% and 0.6%).

Factors that independently predicted fatal and non-fatal IRIS events included older age and having current TB at the time of ART initiation. Having a higher CD4 count and receiving enhanced infection prophylaxis significantly reduced the risk of IRIS.

"Our data provide reassurance that the current move to first-line integrase inhibitor-based ART will not increase IRIS," the researchers concluded. Gibb said these findings based on raltegravir can likely be applied to other integrase inhibitors including dolutegravir.

Gibb added that CD4 counts should be measured before starting ART to identify individuals with low numbers who are at high risk of IRIS and death, for whom the enhanced prophylaxis package would be especially beneficial.