Tenofovir rectal microbicide safe; may have direct effect on tissues as well as virus 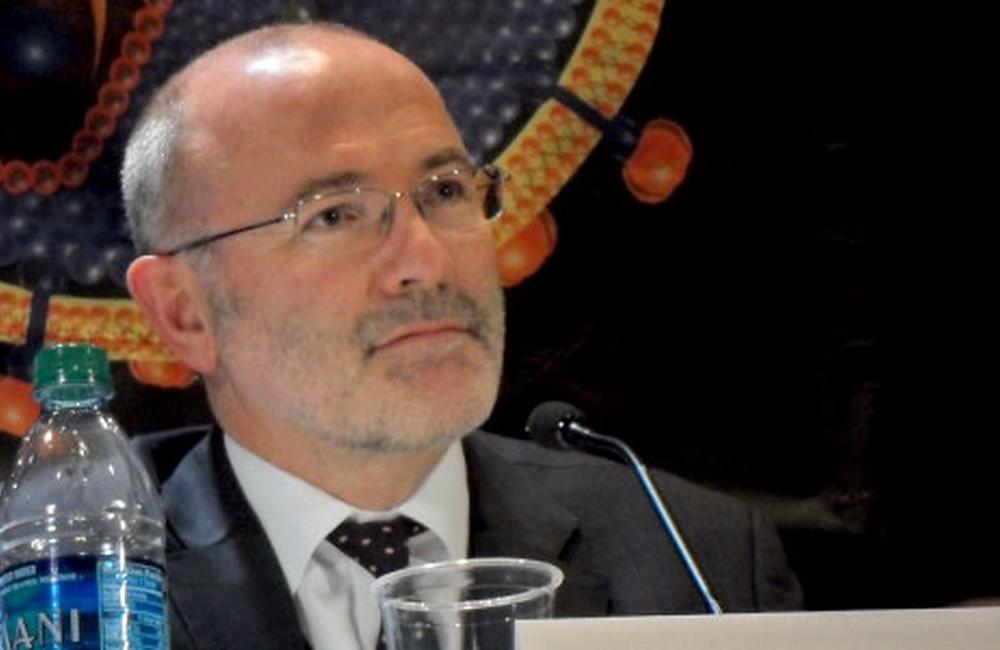 Ian McGowan, presenting at CROI. Photo by Gus Cairns / aidsmap.com
This article is more than 10 years old. Click here for more recent articles on this topic

A gel containing 1% tenofovir formulated specifically for rectal use was much better tolerated than gels used in previous rectal microbicide trials when used in a safety study in 65 HIV-negative men and women, the 19th Conference on Retroviruses and Opportunistic Infections (CROI) heard yesterday.

The gel was also compared with other gels for any irritant or inflammatory effect on tissues. These tests included an in-depth ‘microarray’ analysis of a large panel of different human genes and uncovered a previously unsuspected effect: the tenofovir in the gel appeared to modulate the activity of a large number of genes in rectal tissue cells, primarily in the direction of reducing their activity.

Whether these genetic changes will have a synergistic or antagonistic effect on the efficacy of a tenofovir-based rectal microbicide is completely unknown as yet but illustrates that nucleoside antiretroviral drugs in topical formulations may have unexpected side-effects, as they do when used as treatment.

Last year a study presented at CROI (Anton) found that a 1% tenofovir microbicide gel formulated for vaginal use (similar to the one used in the CAPRISA 004 trial) inhibited HIV infection of rectal cells taken from people using the microbicide by 80%. However the microbicide was unpopular in users, with only 25% reporting liking it, the majority of people reporting side-effects like diarrhoea, cramps and discomfort, and two out of eighteen subjects reporting severe side-effects that necessitated stopping use of the gel.

These side-effects, it is thought, are due to the gel having a high osmolality. This means it contains more salts than body fluid and this causes it to draw water out of cells, resulting in diarrhoea and abdominal discomfort. The Microbicide Trials Network therefore devised a low-glycerine formulation gel with an osmolality of 800 compared with 3000 for the CAPRISA 004 gel; the osmolality of body fluids is 300. Hyper-osmolar gels also strip cells away from the rectal lining and may actually increase vulnerability to HIV and STIs when used during unprotected sex.

The new formulation of the gel was far more popular and easier to tolerate than the vaginal one. Acceptability was nearly 87% as opposed to 25% last year for the tenofovir-containing formulation, 93% for the HEC placebo and even 67% for the gel containing N-9. Amongst specific side-effects, 16% versus 50% last year said they had regular diarrhoea while none, as opposed to 42% last year, experienced the need to rush to the toilet as soon as they applied the gel.

Samples were tested using a ‘microarray’, a testing plate that detects the effect of the gels on hundreds of individual human genes and whether they are ‘switched on’ or supressed.

The effect of the HEC gel was completely neutral on genes, with fewer activated or suppressed than in the 16 people not using gel (16 genes versus 23). The N-9 gel affected 116 genes, mostly in the direction of increasing their activity. But the tenofovir gel affected 533 different genes, mostly in the direction of decreasing their activity.

The clinical significance of this is unknown, and processing the consequence of such a large number of changes in gene activity will take a long time. But Ian McGowan told aidsmap that the results, though unexpected, were not inexplicable.

“Tenofovir is a DNA chain terminator,” he said. “This is how it stops HIV.” He pointed out that the NRTI (nucleoside) drugs were well known for side-effects which had genetic causes ranging from fat loss (caused by damage to mitochondrial genes) through bone synthesis to nerve damage.

Essentially what this study shows is that, once the ‘noise’ from direct inflammation is taken away, it can be seen that NRTI drugs have direct effects on DNA activity in cells when applied topically, just as they do when taken orally. Whether these effects have any clinical consequences remains to be seen.

The next step will be a study called MTN017 in which tenofovir gel will be administered for eight weeks.

DESIRE, also referred to as MTN-035, is the first study to explore multiple placebo methods for delivering a rectal microbicide. The three delivery methods assessed included a fast-dissolving placebo insert approximately two-thirds of an inch in length, a placebo suppository approximately an inch and a half in length, and a commercially available 120 mL douche bottle that participants were instructed to fill with clean tap or bottled water prior to use.
EurekAlert
7 Mar 21
Vaginal rings & topical PrEP

PrEP vaginal ring set for rollout after WHO endorsement

January marked an important step on the path to the first fully female-controlled HIV prevention method, after the World Health Organization (WHO) recommended use of the dapivirine vaginal ring for cisgender women at ‘substantial risk’ of HIV, as part of combination prevention approaches.
Frontline AIDS
5 Feb 21
Vaginal rings & topical PrEP