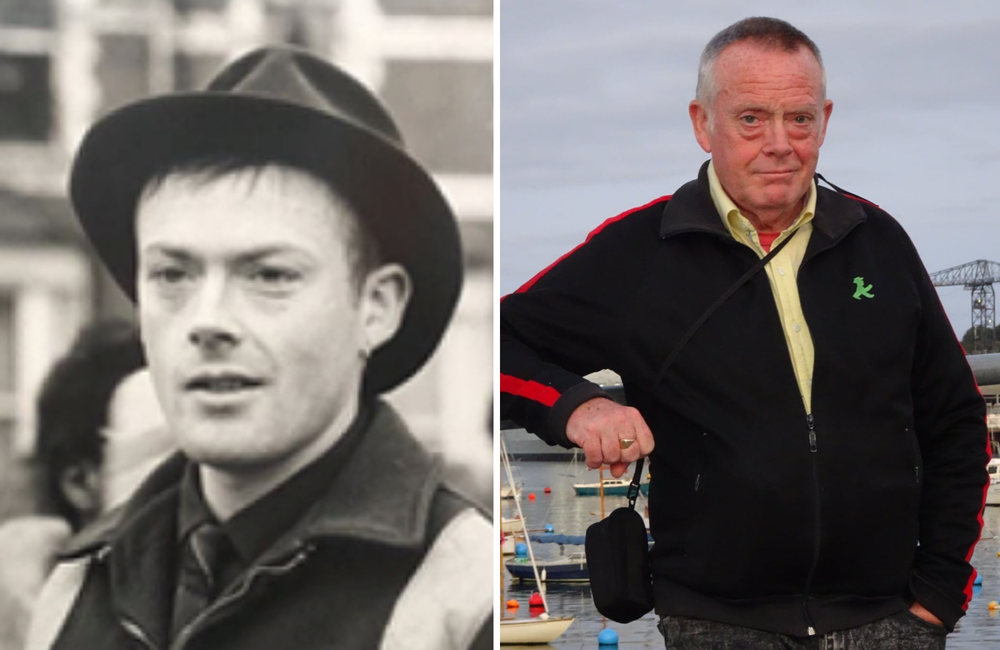 Saturday 5 June, a date now enshrined as HIV Long Term Survivors’ Awareness Day, was the 40th anniversary of the discovery of HIV's effects in White US gay men, and the beginning of our awareness that the plague before last had arrived.

I put it that way, not to dishonour the amazing Coalition of the Damned whose mutual support, passionate protest, self-education in science, and defiance of stigma created AIDS politics. And who helped ensure that at least some of them got the means to survive the first 100% fatal retrovirus recorded in human history.

I just wanted to honour the unacknowledged lives and forgotten deaths of the people who died in places like Kinshasa and Rakai long before New Yorkers started getting it.

But also to expose my own ambiguity and discomfort with the label 'Long Term Survivor' of HIV (though I clearly am one, diagnosed 19 September 1985).

The term implies some virtue, some kind of strength or strategy that led to me staying alive. Yet I know it was 90% a matter of sheer luck. It feels as if it dishonours, just a bit, those who did not survive.

That's why I have written "failed to die of AIDS" as a deliberate bit of provocation on my Facebook profile and have elsewhere said, "I'm not a survivor, I'm just a non-dier".

If I'd caught HIV just six months earlier; or even in another city, let alone country; or not had the kind of genes that make you fat rather than thin; or had (even) worse drug side effects than I did; or just not been an articulate university-educated White guy; then I would have died in 1997, me and my 10 CD4 cells, no ifs, and buts, and I wouldn't be here to write this now.

I also suffer from a slight sense of unworthiness at not being part of the first generation to create the response to AIDS; in the UK, people like Tony Whitehead, Simon Watney, and many others alive and dead did that. Fastened first to a dying soulmate and then to a dying body, I only really became an activist when I came back to life in 1998. To them, as to many, I owe my life.

And yet, and yet. To NOT acknowledge myself as a survivor feels like an act of dishonour too. I DID do some stuff that probably helped me live. I've joked I had to sack seven doctors before I found the one who made me undetectable; but the determination to not do certain things, such as rely solely on treatments during the days when the treatments were crap, probably helped me live.

So was the decision to pursue good mental health, joy in life and a kind of pantheistic spirituality in those days. I tried to hope myself into better heath, not in a denialist or ungrounded way, but with the conviction that hope WAS health and lack of it might be death.

The other bit of failing to acknowledge that there is something distinctive about being a survivor, is that a lot of that distinction is about pain. If there is wisdom, it is won through trauma.

I realised this myself recently when It’s a Sin released a flood of feeling I hadn’t even known I’d been sitting on.

Catching HIV today may be in some ways a worse experience. You go through the shame and terror alone, surrounded by people who’ve long grown used to it. But there’s little to match the sheer, surreal, edge-of-death experience of the AIDS years.

We long-term survivors are a historical cohort, the Vietnam vets of AIDS, and like them, part of survival is to admit that it involves permanent loss and damage. There is a kind of grim psychopathy, a terrible focus, involved in survival in the face of overwhelming odds of death, and it can be hard to recover from when the threat lifts.

I’m not just talking about psychological scars like post-traumatic stress disorder (PTSD). I’m talking about the existential emptiness that may have led someone like the warm, humane and inspiring writer Primo Levi to take his own life 40 years after he survived Auschwitz. After such knowledge, what forgiveness? Not least for yourself?

Another writer, the psychologist Bessel van der Kolk, talks in his book The Body Keeps the Score about how the Vietnam vets he worked with became attached to their trauma. Yes, they wanted to debrief their experiences in agonising detail. But it didn’t seem to help. They wanted, but did not want, to forget.

That’s because there is nothing, nothing in this world, more likely to give you a heightened sense of being alive, of every second being valuable and packed with meaning, than dodging the bullets while your buddies fall around you.

Me? I had what should probably have been the most productive decade of my life – 35 to 45 – snipped out of my CV. I had to reinvent myself when I stopped dying. And it was hard, really hard. I felt like the snipers were still in the trees.

My life would have been very different, and possibly in some ways better, if AIDS had not happened. I celebrate the fact that that experience is unlikely to happen again for people diagnosed in the last two decades. It's wonderful. But survival, as well as being wonderful, has a price.

So, like Vietnam vets, I'm not surprised if many of us feel that we have something to say to history, and to our younger comrades. Not least, NEVER AGAIN.

Adam Castillejo, aka the London Patient, continues to advocate for a widely applicable HIV cure.
POZ
18 May 22
Activism & civil society

Over a four-decade career, she profoundly shaped a range of progressive issues, including AIDS advocacy, prison reform and gay rights.
The New York Times
18 May 22
Improving HIV care

Angelina Namiba founded a group which trains women living with HIV to mentor mothers with the diagnosis.
The Guardian
16 May 22
Global health initiatives

The U.S. Senate has confirmed Dr. John Nkengasong as the U.S. global AIDS coordinator, which will include leadership of the U.S. President's Emergency Plan for AIDS Relief — the U.S. global HIV initiative. The Cameroonian virologist is the first person born on the African continent to take on the role.
Devex
8 May 22
More editors' picks