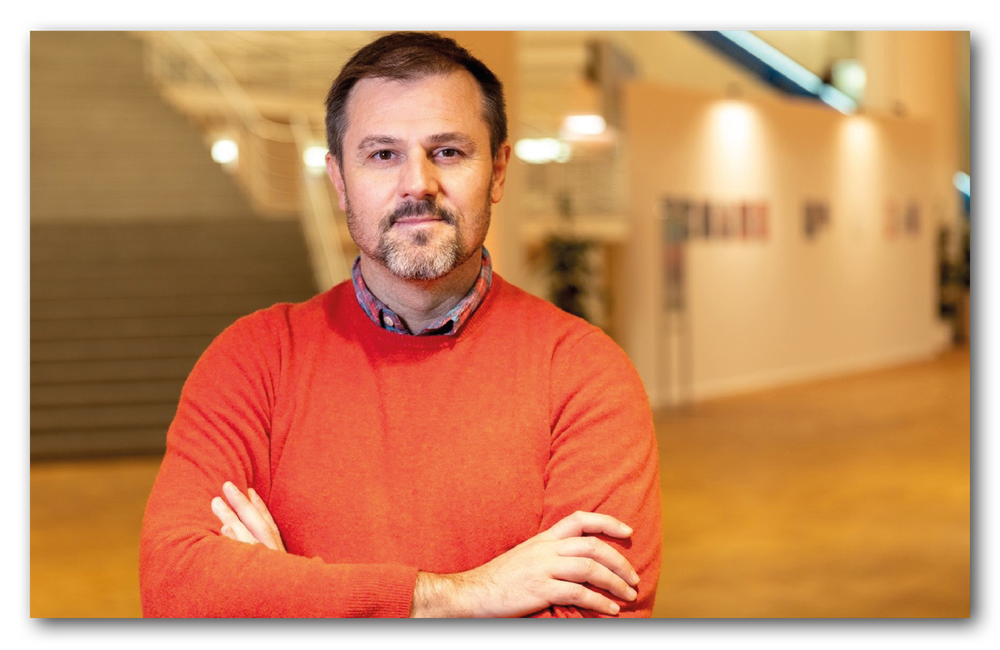 GAT Portugal provides peer-led HIV and sexual health services, alongside national and international advocacy work. We spoke to GAT’s Executive Director, Ricardo Fernandes, about the impact of COVID-19 on GAT’s services and how he and his team responded.

What does GAT Portugal do?

GAT is an organisation of people living with HIV, hepatitis and TB, and people from communities that are most vulnerable to these conditions.

We were founded in 2001 and initially we focused on HIV treatment advocacy. GAT is still an advocacy organisation, but we have evolved. We focus on shaping health policy, working closely with the European AIDS Treatment Group (EATG), of which I am currently chair, the European Centre for Disease Prevention and Control (ECDC) and the European Medicines Agency (EMA). We work hard to make Portugal an example of good practice, but we want to see a fairer Europe for everyone. We’re interested in treatment development, but also drug pricing and health system sustainability. The third arm of our advocacy work is focused on policies around drug use, harm reduction and human rights.

We are proud to generate evidence that improves our collective knowledge of epidemics and the communities we work with. In particular, we produce data from two groups: a cohort of HIV-negative men who have sex with men (MSM); and the community screening network we manage. The network is made up of organisations working in HIV, drug use or with our communities in other ways. We provide training and supervision so they can offer HIV testing. Through the network, we have data which show the community is doing more testing than the state but, even more important, that it takes far fewer tests for each reactive result, meaning the community is far more effective than the state!

More recently, we have begun to provide services directly. First, we opened a Checkpoint in Lisbon, which started as an HIV testing centre and evolved to become a sexual health service. Now we have other health centres, for MSM, for the trans community, for the sex worker community and for migrants. We also provide linkage-to-care and retention-in-care services for people with HIV. We have a drop-in for people using drugs and, in the past year, we started running a mobile safe consumption room for Lisbon’s City Council, in partnership with Doctors of the World.

Every time we set up a service, we consider how we can generate data that will improve our services or understanding of our communities. It’s also very important to us that all our services are based in the peer-to-peer philosophy. They are either entirely run by peers or they are firmly based in peer work.

What were the key measures taken by the Portuguese government in relation to COVID-19 and what did they mean for you and your staff?

There was mandatory confinement for people who were thought to be at risk, and ‘duty of confinement’ for the remaining population. Closure of the borders, closure of all non-essential services and businesses, including schools, and restriction of visits to care homes. Working from home where possible and a package of economic support, with a ‘special lay-off’ support scheme for employers and financial help for parents who needed to stay at home to look after children. Of course, the health system was being prepared to be a COVID emergency system and all non-essential medical appointments were cancelled.

For my team, we could see the measures coming, but I think the reality was harder than we were expecting. Culturally, we are not used to working remotely. To suddenly change to working at home, with everything happening around us – people dying, an economic crisis – that was difficult for everyone. Some of our colleagues, because of the type of work they do, could not work at home and we proposed them for the special lay-off scheme, so they were receiving money without working. I think that was hard for them in a different way, because they wanted to be doing something.

None of our usual communication channels with the National Health Directorate and the Ministry of Health were working, because people were focused on COVID, and it was difficult to know what to do. We wrote to the authorities responsible for GAT to ask whether we should continue operating and whether they could provide protective equipment. We didn’t get an answer.

Initially, we decided to close everything, but within hours we reversed that decision, because we realised it would leave a big population without essential services. People using drugs still needed to exchange needles. Sex workers didn’t stop working, they still needed to eat and pay rent.

What changes did you make to keep services running safely?

To keep services open, we began asking everyone whether they had COVID-19 symptoms, and when necessary we could take people’s temperatures. Services were offered by appointment only. For some services, like Checkpoint, where we know that the MSM population we work with are generally used to technology, we moved most of the services online and that worked really well.

The big issue was protective equipment. We had very, very little, and what we had we used to keep our services open, but it was a real battle to find enough. The two biggest challenges we faced were the lack of communication with the health authorities and the lack of protective materials.

How have the people accessing your services been affected by COVID-19?

We think that our communities had higher rates of infection than the general population, because of the social issues that impact them, and we want to have evidence for that. We are already planning to provide antibody testing for COVID-19 – not for active infections, but so that people have an answer as to whether they have had COVID-19. We want to have a better understanding of the impact of COVID-19 within the communities we work in.

The need in the community was our main driver to keep services open. For instance, trans people, sex workers and migrants, they were in such a difficult situation. I’m proud that the Portuguese government decided that all migrants who had a request for residency pending were to be treated as permanent residents, so they had access to public services. But a lot of people aren’t in that system and work informally. People still needed medication for chronic diseases, but they couldn’t get to a doctor. They still needed food and money for rent.

Something we are very sad about is what happened with PrEP. After an enormous effort, we finally had around 1000 people on PrEP. However, this effort was lost, because the law says that if you don’t attend an appointment and have a blood test every three months, you won’t get the drugs – and all appointments were cancelled.

Another frustration for us was that we are used to providing health services to communities that are somewhat hidden and which the health system finds hard to reach. We were proactively contacting the Ministry of Health, saying ‘we want to participate in the effort of screening for COVID-19 in these populations, just give us the tools and the training, and we will do our best’. No answer.

How are you planning for the near future?

Even though we are now offering a relatively normal service, we want to continue to offer some online services and we are putting in place new systems for that.

Of course, we want to prepare our services in case this happens again. We will keep a stock of protective material, ideally enough to make sure we can keep working for two months.

Then there is the advocacy side of our work. For example, people living with HIV were suddenly told not to go to the hospitals, but in Portugal the only way to get HIV drugs is to go to the hospital pharmacy. There was a scramble to set up a programme of delivering drugs to community pharmacies and in some cases to people’s homes. The situation created a lot of problems and we need to discuss that with the relevant authorities and think about how to improve it.

I hope the state will learn from this situation. With the health service focused on COVID-19, they still had community organisations that could have provided additional services for our communities during this period, with some support and with a supply of protective equipment. If you talk to a diabetes organisation, they will tell you the same.

We learned a lot. Some of the changes made to services made them more accessible and convenient to people. I’m not someone who believes the whole world will change after this, but I do believe that some good will come from this situation.

This eFeature appeared in the June 2020 edition of the EUROBulletin.