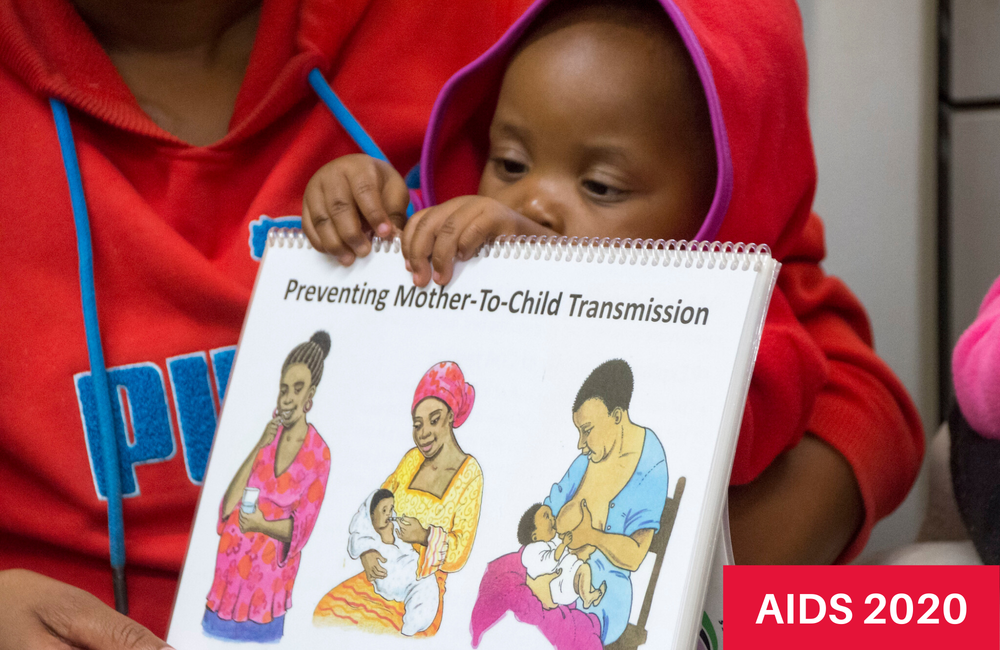 The overall rate of vertical (mother-to-child) HIV transmission in Khayelitsha, South Africa is 1.8%, but women who did not achieve viral suppression before giving birth had a five-fold increased risk compared to women who did, conference delegates heard this week at the 23rd International AIDS Conference (AIDS 2020: Virtual).

Florence Phelanyane of the University of Cape Town presented these findings from a retrospective analysis of all (2576) live-born linked mother-infant pairs in which mothers living with HIV attended antenatal care in Khayelitsha in 2017.

Most women knew their HIV status at their first antenatal care visit and three-quarters were already taking antiretroviral therapy.

Khayelitsha is Cape Town’s largest township. It has the highest HIV burden in the Western Cape and one of the highest in South Africa.

The study used data from the province’s networked electronic disease information system, which is less likely to underestimate the population of mothers living with HIV than identification through antenatal testing alone.

All public health facilities in the Western Cape share a unique patient identifier. Key databases sharing information include electronic laboratory services, pharmacy dispensing services and disease information systems for HIV and TB. This allows linkage across all electronic health systems in the province.

The maternal cohort was constructed with a combination of key HIV data. Evidence from clinical data can be used to infer a health condition. For example, a visit to an HIV clinic, HIV diagnosis code, receipt of antiretrovirals or an HIV lab result could all be used to construct an ‘HIV episode’. An episode is then rolled into a cascade providing a comprehensive patient-level depiction of episodes and includes key dates, facilities attended, outcomes and co-morbidities.

Phelanyane and colleagues’ aim was to describe recent PMTCT uptake and quantify mother-to-child risk factors based on routine data consolidated through the Provincial Health Data Centre.

The prevalence of HIV in women attending antenatal services was 31%, with a mother-to-child transmission rate of 1.8% (41 out of 2327) at 12 months after birth.

The majority of women (88%) knew their HIV status at their first antenatal care visit, with 78% already on antiretroviral therapy (ART).

While the coverage of early infant diagnosis (HIV-PCR testing within seven days of birth) was not optimal at 79%, the proportion of infants testing negative with a repeat test at ten weeks was even lower at 58%. This suggests a reduction in population coverage of routine early diagnosis services at later ages for infants testing negative at birth.

By ten weeks, 94% of infants had received an HIV-PCR test.

"Although most women present to care already knowing their HIV status, timely start of ART and uptake of viral load testing need to be improved."

Women on their second or subsequent pregnancy had a 20% increased risk.

Women who did not attend any antenatal services but presented for the first time for delivery had a 30% increased risk of mother-to-child transmission compared to those who did attend.

Among women with no viral load testing before delivery there was close to a sevenfold increased risk of mother-to-child transmission compared to those achieving viral suppression before delivery (adjusted odds ratio: 6.8, 95% CI: 3.0-15.5).

Phelanyane concluded that although most women present to care already knowing their HIV status, timely start of ART and uptake of viral load testing need to be improved. However, she noted, this improved during pregnancy, demonstrating how services have developed over time.

A baby boy whose mother has HIV was given specialist drugs within hours of birth following a High Court case.
BBC
1 Feb 23
Child developmental issues

In Tanzania, pregnant women with HIV who had access to antiretroviral therapy for life had less than a 2% risk for vertical transmission, according to data published in The Lancet HIV.
Healio
13 Dec 22
More editors' picks