Survey shows the impact of COVID-19 lockdown on LGBT communities 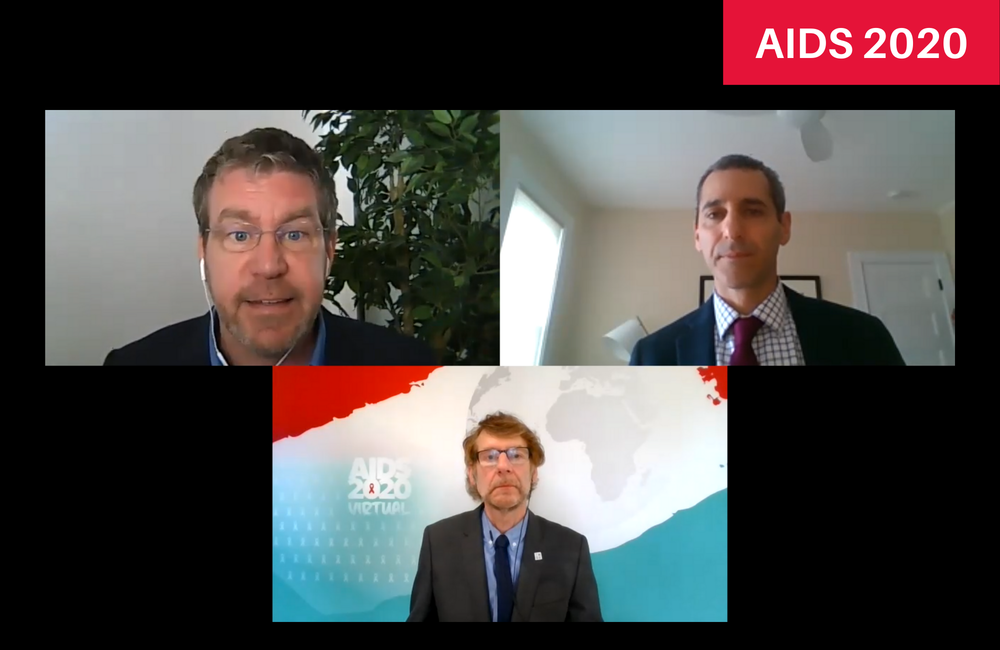 An international survey conducted via LGBT social media and dating sites shows that the measures introduced in response to the COVID-19 epidemic have had a significant impact on the health and economic security of a significant minority of respondents from the LGBT community.

The survey was presented in two different analyses at the recent 23rd International AIDS Conference (AIDS 2020: Virtual). The first looked at the economic, treatment and prevention impact for all respondents. The second, restricted to a subset of countries and to men recruited through the Hornet dating app, looked to see if there was a relationship between the severity of lockdown measures in those countries and the impact on the respondents.

The survey was conducted during the peak of the epidemic and lockdown between mid-April and mid-May this year by an international collaboration of researchers. Erik Lamontagne of UNAIDS told the conference that it involved 58 questions in ten languages and was advertised and hosted by a number of LGBT social media sites.

The survey as a whole received replies from over 20,000 LGBT people in nearly 140 countries. There were particularly large responses from Russia (5429 responses) and Turkey, with significant numbers of respondents from France, Brazil, Thailand and Indonesia.

Conducted as it was during the peak of the epidemic, three-quarters of respondents said they were partly or totally confined to home at the time.

Twelve per cent said they had HIV and 16% did not know their HIV status. Of those with HIV, the vast majority (94%) were on HIV treatment.

Although 72% said they had no interruptions to HIV treatment, 21% said their access had been limited or complicated, with 7% saying they either had or were at imminent risk of running out of antiretrovirals. Forty-two per cent said they had one month or less of medication left.

In terms of their economic position, 13% of respondents said that they had lost their job as a result of the COVID-19 lockdown, 21% said they felt at risk of losing their job, and 23% said they felt insecure about their employment. Food insecurity was frequently reported; 23% said they were eating less or had skipped meals.

Of those continuing sex work, 17% said sex work became riskier; 4% said they were being paid less per customer and 4% said either that they had had to accept riskier sex or to do sex they would previously not have done.

In terms of HIV prevention accessibility, over 40% said they had access to PrEP, PEP and HIV self-testing, with over 60% reporting access to in-person testing. Only 7% said they had no access to condoms. However, the survey did not ask about whether this accessibility had decreased during COVID. It did find that people who described themselves as belonging to racial or ethnic minorities had slightly, but consistently, less access to HIV prevention.

Erik Lamontagne commented: “COVID mitigation strategies have also resulted in unprecedented disruptions to society and their impact on routine healthcare delivery is still unknown. Gay men and other men who have sex with men may be particularly vulnerable as these mitigation strategies consistently appear to exacerbate existing disparities.”

The second analysis was conducted on a subset of 2134 respondents, to see if difficulties in access to HIV prevention services correlated with the severity of government lockdown measures under COVID. This latter is being quantified by Oxford University’s COVID-19 Government Response Tracker, which has devised a scale from 0-100 based on the number and strictness of nine indicators related to school and workplace closures and travel bans.

This analysis looked only at responses on Hornet completed between 16 April and 4 May, and answered by gay and bisexual cis and trans men who had been active members of the website for more than a year. Countries were only included in the analysis if they had more than 50 respondents, and these were Brazil, Canada, France, Indonesia, Russia, Taiwan, Turkey, the United Kingdom and the United States. The median lockdown ‘stringency score’ at the time of these survey responses was 70.5, ranging from 29.4 in Taiwan to 89.4 in France.

The survey asked people “Whether you need these prevention measures or not, do you think you would have access to:” and then specified in-person HIV testing, self-testing, PrEP and condoms.

Young people aged under 24 and those in the lowest income band were consistently less able to access prevention services, with men aged 45+ having the best access to in-person testing and men aged 34-45 having most access to PrEP and to condoms. Having health insurance was not associated with better access to these prevention measures, whereas HIV-positive people with health insurance were 4.5 times more likely to have access to HIV treatment.

Amrita Rao of Johns Hopkins University concluded: “Innovative strategies, like mobile-service delivery or telehealth, may be needed to minimise the service interruptions from these types of government responses on MSM communities and ensure continuity of care.”

Rao A et al. Global interruptions in HIV prevention and treatment services as a result of the response to COVID-19: Results from a social media-based sample of men who have sex with men. 23rd International AIDS Conference (AIDS 2020: Virtual), abstract OAELB0104, 2020.

Rao A et al. Perceived interruptions to HIV prevention and treatment services associated with COVID-19 for gay, bisexual, and other men who have sex with men in 20 countries. Journal of Acquired Immune Deficiency Syndromes, online ahead of print, January 2021.