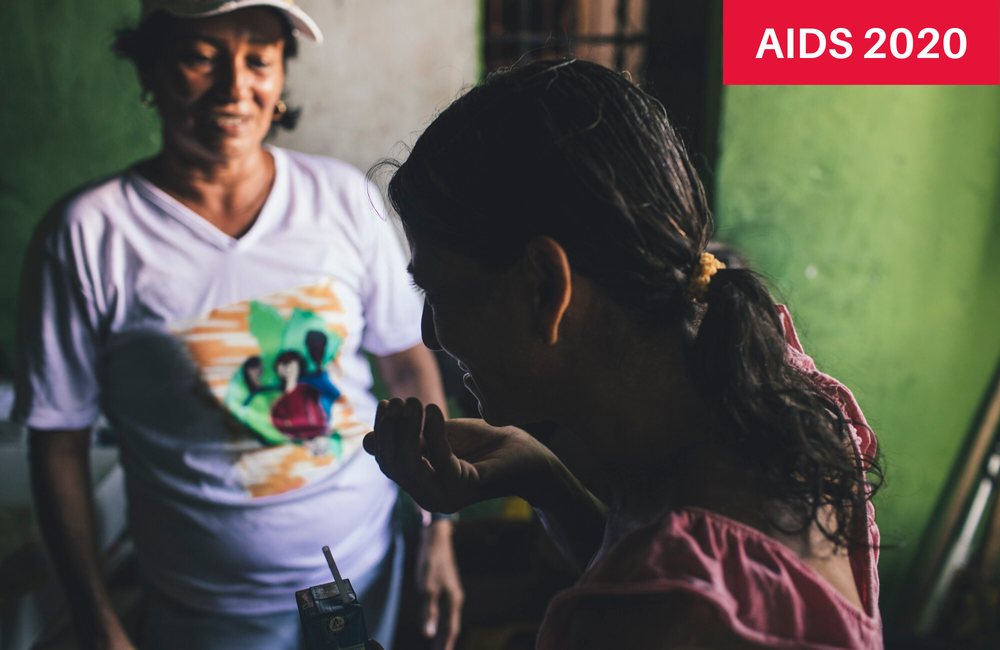 Data from six Latin American countries show that the risk of opportunistic infections remains, even after the long-term use of antiretroviral therapy by people living with HIV. Dr Isaac Nuñez-Saavedra from the International Institute of Medical Sciences and Nutrition in Mexico City presented the findings at the 23rd International AIDS Conference (AIDS 2020: Virtual) this week.

However, another Latin American study found that the median time to diagnosis of cryptococcal meningitis after starting antiretroviral therapy was two years. This surprising result led researchers to question whether other opportunistic infections could emerge so late, despite antiretroviral therapy.

A common yeast infection of moist areas of the body, caused by the fungi of the candida family such as Candida albicans. Most common in the vagina, where it is known as thrush, but also occurs in the mouth and skin folds.

Dr Nuñez-Saavedra and his colleagues explored the incidence of late-onset opportunistic infections and their risk factors. They defined the term late-onset as after six months of starting antiretroviral therapy.

The participants were all adults with HIV who were enrolled and took antiretroviral therapy for the first time from 2001 to 2015 in seven clinics in Argentina, Brazil, Chile, Honduras, Peru and Mexico, providing data to the Caribbean, Central and South America network for HIV epidemiology, or CCASAnet. People for whom it was impossible to document whether or not they had ever developed AIDS prior to their participation were excluded from the analysis, as were those who had died or been lost to follow-up during the first six months after starting antiretroviral therapy.

The most common infections were:

The following factors were significantly associated with a higher risk of developing late-onset opportunistic infections:

Dr Nuñez-Saavedra concluded that in Latin America, opportunistic infections remain common, despite the long-term use of antiretroviral therapy, and recommended closer monitoring for younger and/or female patients starting antiretroviral therapy, as well as for patients starting with low CD4 cell counts. He added that the development of a late-onset of an opportunistic infection may be due to virologic failure and/or poor adherence, which warrants further investigation.

This study is an important contribution to filling the gap of knowledge on the HIV epidemic in Latin America and other resource-limited settings.

The AIDS Clinical Trials Group (ACTG), the largest global HIV research network, today announced the launch of A5355, a clinical trial studying a new cytomegalovirus (CMV) vaccine in adults with both HIV and CMV.
ACTG Network
17 Dec 21
Access to healthcare

This publication brings together important clinical and programmatic updates produced by WHO since 2016 and provides comprehensive, evidence-informed recommendations and good practice statements within a public health, rights-based and person-centred approach.
World Health Organization
17 Jul 21
Opportunistic infections

In Focus: Global strategy to end Cryptococcal Meningitis in people living with HIV

Cryptococcal meningitis is the second biggest killer of people living with HIV after tuberculosis (TB). Now, a global initiative, the Ending Cryptococcal Meningitis Deaths by 2030 Strategic Framework aims to get the gold standard drug to treat cryptococcal meningitis – flucytosine – registered in countries that need it.
Spotlight
8 Jun 21
Opportunistic infections

People with HIV are still dying from a treatable, but neglected, disease: all it needs is a plan

Cryptococcal meningitis is one of the main causes of death of people with HIV. The tests and medicines to diagnose and treat it exist but remain inaccessible to most. A global strategy is needed.
The Conversation
15 May 21
More editors' picks