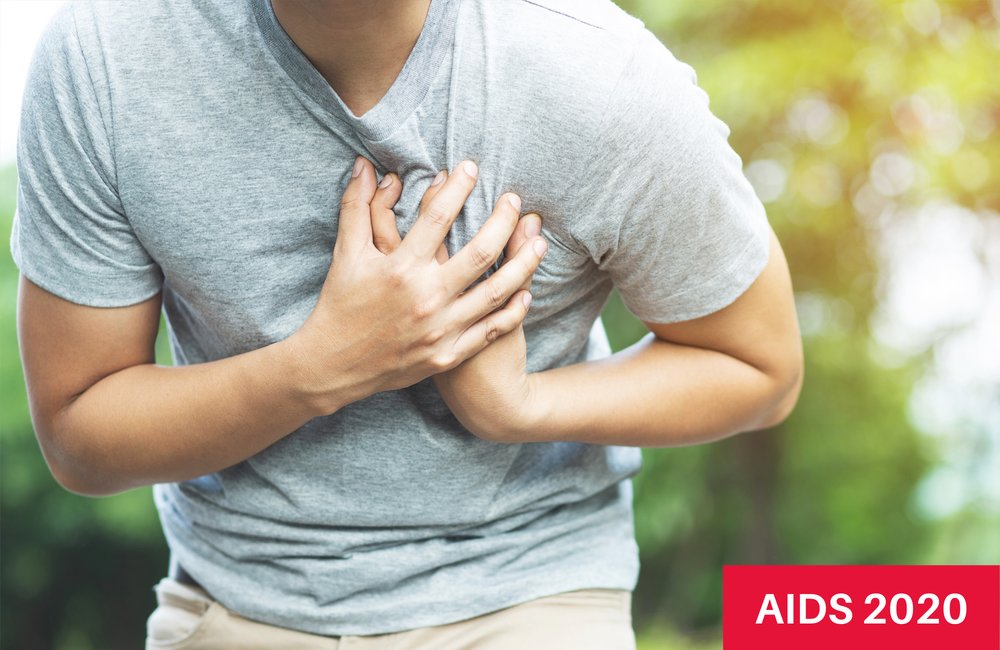 The Framingham risk score and other assessments used to evaluate an individual’s risk of cardiovascular disease perform poorly in people living with HIV, according to US research presented to the 23rd International AIDS Conference (AIDS 2020: Virtual). The investigators tested the performance of three separate diagnostic tools developed for use in the general population and found that all under-estimated the risk of cardiovascular disease in people living with HIV.

Moreover, the researchers, led by Dr Virginia Triant of Harvard University, also showed that the performance of the risk estimates differed according to healthcare system – public hospital compared to insurance-based – and also between men and women.

“The results underscore the need for both HIV-specific and sex-specific functions to ensure equity in the delivery of preventative care,” comment Dr Triant and colleagues.

Cardiovascular disease is now a leading cause of serious illness and death in people living with HIV. There are several reasons for this, including ageing (people with HIV now have an excellent chance of living well into old age), lifestyle factors such as smoking and diet, damage caused by untreated HIV infection and also the side effects of some antiretroviral drugs.

The prevention of cardiovascular disease is a priority in routine HIV care. A person’s risk is usually assessed using tools developed using information obtained from the general population. These assessments take into account factors such as age, sex, blood lipids, blood pressure, weight and smoking.

But there’s long been concern that the additional risk factors associated with living with HIV mean that these assessments under-estimate cardiovascular risk in people with HIV. Dr Triant and colleagues already showed this was the case for men receiving care at Massachusetts General Hospital and the Brigham and Women’s Hospital in Boston.

The investigators wanted to take this research further. They therefore teamed up with doctors from Kaiser Permanente Northern California, a major provider of health insurance-based HIV care in the San Francisco Bay Area.

The investigators examined rates of serious cardiovascular disease – heart attack, stroke or cardiovascular death – among people who received HIV care between 2000 and 2020.

They also looked at the ability of three prediction tools that are widely used in the general population to predict risk in individuals with HIV.

Analysis was limited to people aged between 30 and 79 years who had not experienced a cardiovascular event prior to follow-up (the date of first lipid test). The follow-up period was limited to five years for each person.

A quarter of individuals in the Boston cohort were female compared to 10% of those in Northern California. There were also racial differences: the Boston patients more likely to be Black compared to the Californian cohort (27% vs 15%).

In terms of cardiovascular risk factors, cholesterol, blood pressure and medication for high blood pressure were broadly comparable between the two cohorts. However, rates of smoking and diabetes were higher in Boston than California (44% vs 21%; 8% vs 6%).

Use of antiretroviral therapy was comparable between the two cohorts at approximately 80%. Nevertheless, only 48% of people in Boston had an undetectable viral load compared to three-quarters of individuals in the Californian cohort.

"In both cohorts, the predictive accuracy of the tools was especially poor in women."

In almost every case, all three assessment tools under-estimated the risk of a serious cardiovascular event in the people with HIV.

This was especially the case for the Boston cohort, with risk generally under-estimated by approximately a third. Accuracy was somewhat better, though still sub-optimal, among the group receiving care from Kaiser Permanente, with risk underestimated by up to a quarter.

In both cohorts, the predictive accuracy of the tools was especially poor in women.

These findings will have important implications for HIV care. "Cardiovascular risk prediction functions developed for the general population are not uniformly transportable to people living with HIV," the researchers concluded.