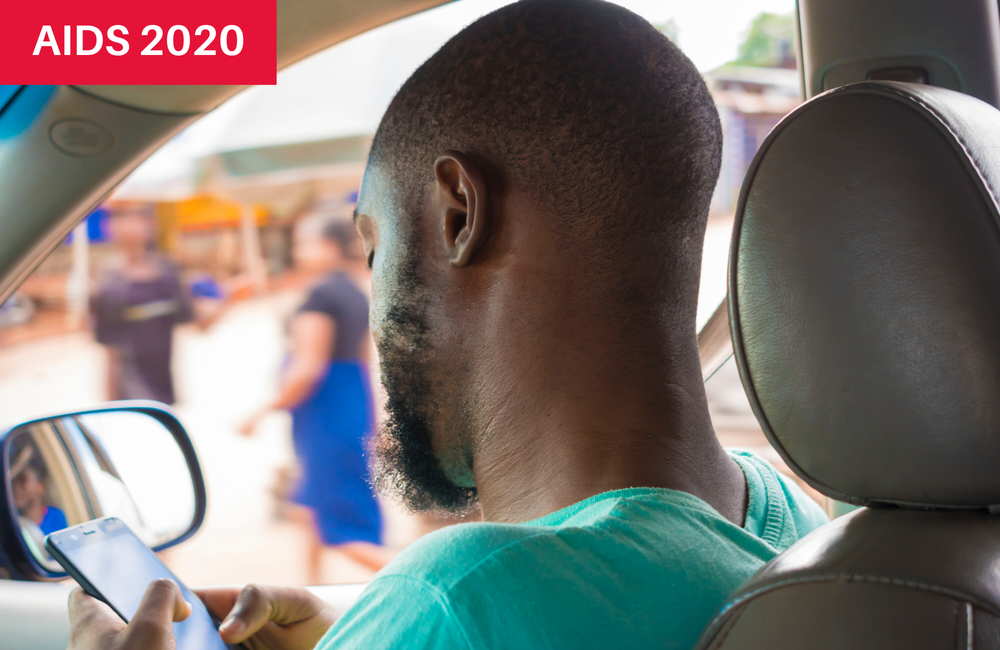 In African countries where both gay sex and HIV are stigmatised, it can be challenging for HIV services to reach men who have sex with men (MSM). Research presented to the 23rdInternational AIDS Conference (AIDS 2020: Virtual) last week by Kumbirai Chatora from Population Services International on MSM in Zimbabwe suggests that men’s patterns of behaviour fit into distinct ‘archetypes’ when it comes to accepting their sexuality as well as seeking out HIV-related services. A better understanding of these mindsets and patterns of behaviour could lead to tailored provision of HIV services.

Similarly, Samuel Owusu from Maritime Life Precious Foundation, a community organisation in Ghana, presented research showing that MSM are increasingly using social media and hookup apps as these spaces are perceived as safer than conventional meeting points. However, these men are often missed by HIV programmes solely doing outreach in conventional locations used by MSM.

MSM in Zimbabwe are at a significantly higher risk of HIV infection, with prevalence at 31% compared to the national prevalence of 13%. However, there is limited understanding of the reasons that MSM do not access HIV services. This study set out to characterise different mindsets and patterns of behaviour among MSM (classified as different archetypes), and how these archetypes inform health-seeking behaviour and impact upon men’s journeys as they navigate sexuality and risk.

Research was carried out in two large cities, Harare and Bulawayo. Using a participatory qualitative approach, researchers conducted 18 focus groups, 21 in-depth interviews, and participant observation in three venues frequented by MSM, collecting data on over 100 participants from the LGBTQ community and service providers.

Participants expressed that living a double life was burdensome for most MSM. However, the community could also be drawn on as a source of strength and resilience. While they spoke of a sense of kinship, they also expressed that trust is fragile. Testing for HIV represented a potential threat as it could lead to exposure of sexuality. Men expressed the deeply held fear of social fallout and said that it was worse than death:

“I was surprised the gay community was so big… But I stopped going to events when the raids became more frequent. And the community there ends up knowing about everyone’s status.”

“My life would just end. I’ll just poison myself…” (if discovered as gay)

Researchers identified prominent archetypes based on mindsets and behaviour, regardless of age:

The researchers emphasised that these archetypes are not static and that MSM are on different journeys, depending on their personal circumstances and what support is available to them. MSM can easily move between moments of fear and comfort. Archetypes who more easily identified with being gay (such as the Flag Bearer) were more likely to seek out HIV services. Men whose sexual partners later went on to die as a result of HIV-related causes were better able to appreciate their chances of getting infected and would then contemplate getting tested. However, there were deep-seated fears related to having to reveal their identity as MSM.

Ghana also has a significantly increased prevalence of HIV in MSM (18%) when compared to the general population (1.7%). Due to the challenges associated with reaching MSM in African countries, Owusu and colleagues investigated using online apps, such as Grindr and Facebook, as a way of reaching men to increase HIV testing. As a result of stigma, discrimination and social exclusion, the researchers posited that these men remain hidden and tend to engage in riskier sexual practices but are not reached by outreach services offered at physical locations such as clubs.

They used a ‘social media mobiliser’ trained in targeting MSM and providing sexual health information to reach out to MSM in one-on-one interactions online and to offer discreet testing services at a drop-in clinic.

The percentage of men who subsequently tested positive also differed: of the 125 MSM who ended up testing from online recruitment, 26% tested positive compared with 9% of the 396 men tested at outreach locations. While fewer men were reached in online spaces, they were in dire need of HIV testing services and linkage to care.

These studies illustrate the need to find novel ways of engaging with MSM in African contexts, where homophobia, stigma and discrimination impact significantly upon their ability to seek out HIV-related services. A better understanding of men’s journeys and how they get to the point of accessing services will enable service providers to tailor services to the needs of different groups of MSM.

Additionally, there is a need to invest in confidential and accessible health services in online spaces where MSM meet. This may provide an important opportunity to reach men who would otherwise choose not to test for HIV and would be missed by mainstream interventions.